Lasers: The future of movie theaters? 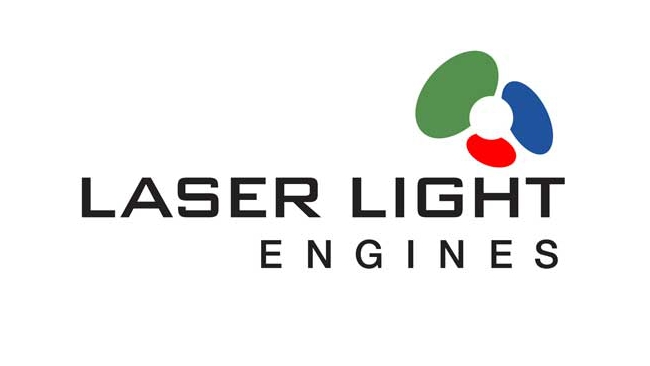 Since the advent of television, the movie theater industry has been in a fight to stay one technological step ahead of its living room counterpart. But the nature of the race has changed.

In 2013, television is not a threat to the appeal of movie-going. There's perhaps a critical perception of shrinking movie ticket sales, which is often attributed to the continual expansion of home entertainment options. The numbers, however, disprove this notion. According to The Numbers, a website dedicated to parsing box office data, domestic U.S. ticket sales have only experienced minor fluctuations between 1995-2013. And more so than ever, the studios work hard to integrate film and television content, finding synergistic ways to create and market its various franchises across all media platforms.

However, the amiable relationship between television and the movies is a relatively new condition. Their history, especially their early history, is one of conflict, fueled by theater owners' fear of being supplanted by home entertainment innovations.

For the better part of the 20th century, cinemas and television were locked in what was tantamount to a technological arms race. Although U.S. commercial television broadcasts didn't begin in earnest until 1948, various presentations of the technology spurred movie theater innovation years before. While talkies, i.e. film with sound and dialogue, predated television's burgeoning threat to the primacy of cinemas, it was the release of The Wizard of Oz in 1939 that ushered in the age of color feature films, with its rendition of that fantastic land in gorgeous Technicolor. NTSC set the standard for color television transmission in 1953, though it took until the late-1960's for most commercial television programs to be beamed to homes in color. During this period, U.S. cinemas experimented with different systems to enrich the movie-going experience, some successful (CinemaScope) and others not-so-successful (Smell-O-Vision). But all efforts were aimed at differentiating the limited home viewing from the premium cinema experience.

Throughout the latter half of the 20th century to today, televisions and movie theaters continued this Cold War, anticipating and responding to each other's innovations in kind. But while television has drastically changed, going through format changes and multiplying avenues for content, changes in movie theater presentation took a more incremental approach. Television brought us revolutionary home advancements such as cable television, satellite television, video tape recorders, DVDs, Blu-rays, and now internet television and 4K. Cinemas improved gradually, save for the introduction of Dolby surround (implemented into homes shortly thereafter), revamped, modern 3D (also aped by television makers), and the IMAX experience. Many of the changes occurring in movie theaters probably weren't immediately noticeable to audiences, but they likely felt the differences, as sound system and projection improvements imperceptively added up, over the years, to the modern movie-going experience of today.

There are several reasons why the conflict between television and cinema innovations diffused. For one, cinema's fear of television stealing its audience never came to fruition, possibly due to that early paranoia and those efforts on the part of the Industry to keep its audiences. By now, cinema and movie-going has become such an ingrained institution here in the U.S. that it's hard to imagine our lives without it. Also, because of the large expense required to implement any large, systemic movie theater advancements, the improvements, by and large, must be in the nature of smaller, cost-effective refinements, unless it can be categorically proven that the change is absolutely necessary or guaranteed bring out the masses. And finally, film studios and television studios are, for the most part, owned by a handful of very powerful entities. There's less emphasis on the successful of each platform over the success of content itself, regardless of where it's played. Since television is a more flexible platform that can be built upon with other, third party tech and avenues for content, it's easier to view television as helping the film industry, and even movie theaters, by providing ample promotional opportunities and a longer lifespan for content to be monetized.

So, the future of movie theaters is lasers?

Of course, there are still very smart people and businesses tasked with making your movie-going experience better. One such company is Laser Light Engines (LLE), who specialize in advanced, next-generation solutions to projection. Typically, your local cineplex's projectors are outfitted with Xenon lamps. To be fair, I've never really thought that normal cinema projection was at all deficient, but maybe that's the key here. If movie theaters are indeed more focused on refinement over revolutionary advancements, it makes sense that the future of cinemas would entail improving that which was already sufficient. LLE ditch those old Xenon lamps with a laser system which the company claims is 2-3 times as bright. Apparently, a huge problem with laser projection is speckle, i.e. intensity variation, particluarly in the green channel. LLE solved this problem, delivering a speckle-free green, with overall better contrast, uniformity, and wider color range. And to sweeten the pot further, Laser Light Engines last 50-100 times longer than Xenon lamps and are 30-50% more fuel efficient as well, which helps offset retrofitting costs over time.

Better cinema projection through lasers may not be as sexy as the latest advancements to hit the home entertainment market, but it is the (near) future of cinema technology, and almost assured of wide-scale adoption. Now if we can just get some geniuses to work on Smell-O-Vision 2.0, we can truly be headed for a brighter, more fragrant tomorrow.