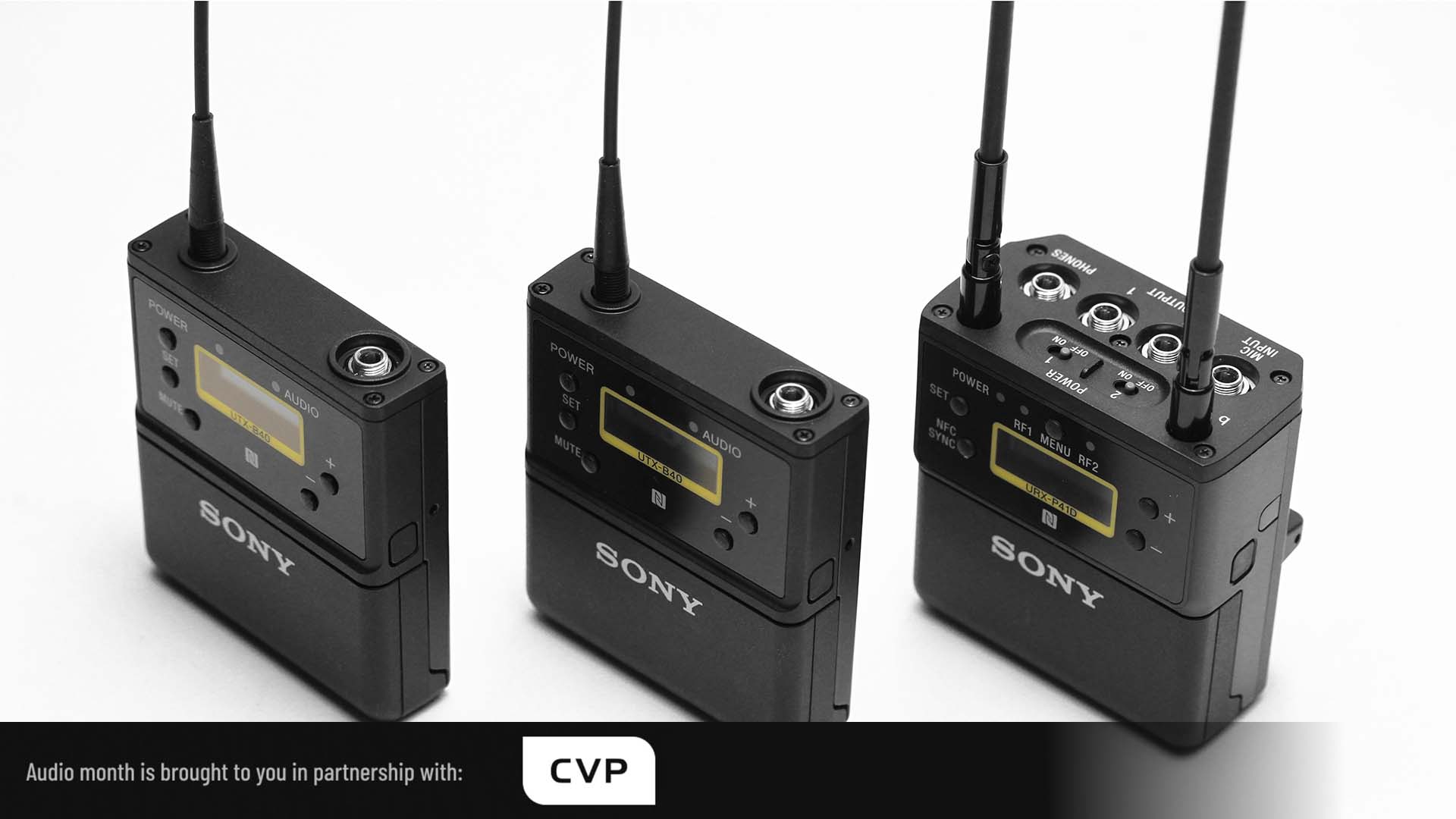 Radio microphones run a huge gamut of price and performance, from the mighty Wisycom MTP40S (many thousands) to the extremely affordable Mirfak WE10 (a couple of hundred). Sony’s UWP-D series sits somewhere in the midrange, with the UWP-D27 package we see here, which includes two UTX-B40 transmitters, a URX-P41D receiver and compatible mics, listing at around £1500.

What’s new here is the URX-P41D receiver. It’s a fraction lighter and smaller in plan, though a little deeper than the URX-P03 that’s often seen in a hot shoe mount on top of ENG setups. The P41D retains compatibility with Sony’s existing range of transmitters in the UWP-D series, which is a hybrid design using digital signal processing in the transmitters and receivers but relying on analogue UHF transmission for near-zero latency.

That’s in contrast to something like a Deity Connect (or even the little Mirfak) which both use extremely clean digital wireless links but pay a penalty for that in terms of latency. The UWP-series specification is for about a third of a millisecond to the analogue outputs; the digital is fractionally faster, presumably representing the delay through a DAC. Either way, that’s a lot, lot, lot faster than the digital-transmission designs, which are usually 10ms or more. 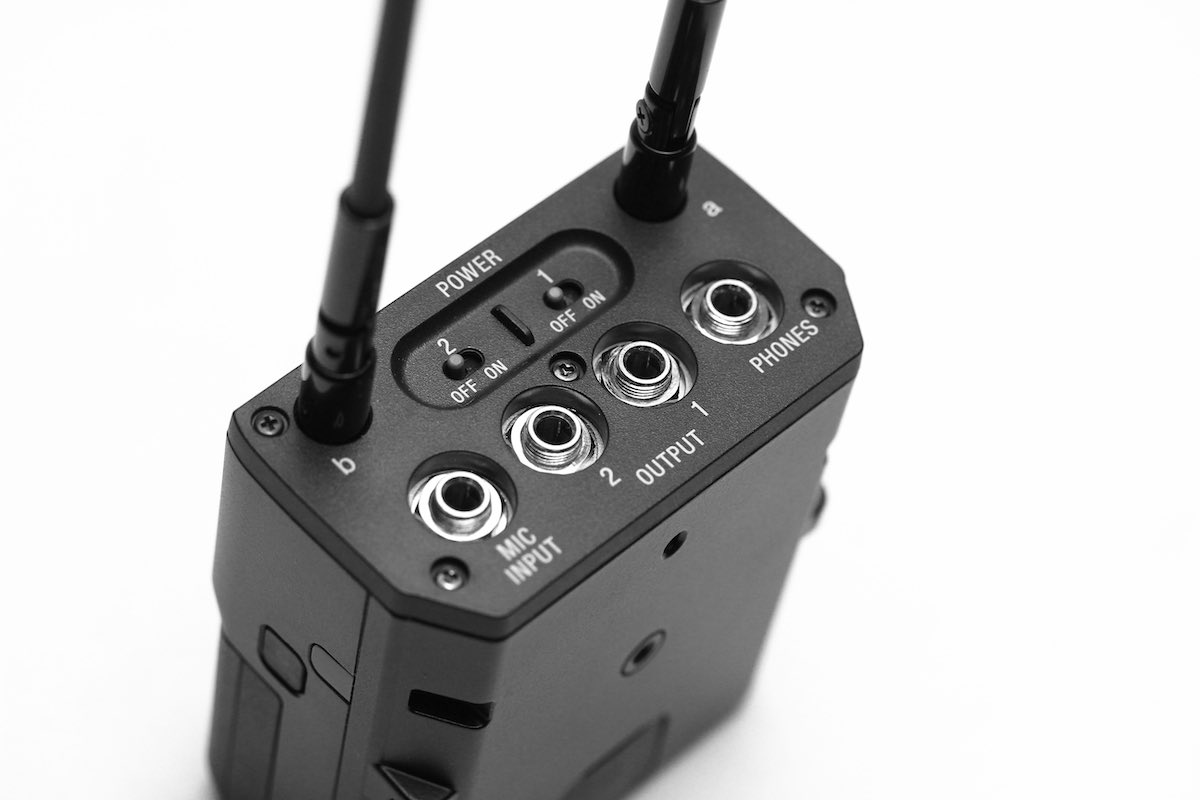 The UHF signal is also potentially more robust than the 2.4GHz microwave transmission used by a lot of the lower-cost options. The higher the frequency, the more likely the signal is to bounce off things and create zones of constructive and destructive interference, leading to unpredictable dropouts. The diversity receiver helps here, too, though it only operates as a true diversity device in single channel mode.

One minor downside to UHF is the need to pay slightly more attention to radio frequencies. There’s a serial number suffix indicating the UHF channel number and thus the frequencies covered by most of Sony’s transmitters, with compatible options including the UWP and WL-800 series. What we have here, for instance, is a UWP-D27/K33, which covers channels 33-41, or 566.025 to 630.0MHz. Generally, what’s available to buy will be the appropriate model for the locality in which it’s sold and users won’t have any reason to care, but anyone intending to travel with them will need to double-check what’s possible and legal.

As it tends to, Sony offers a rather complete ecosystem. The new receiver is compatible, as we’ve seen, with the WL-800 and UWP series transmitters, ranges which include both beltpacks and the plug-on XLR transmitter UTX-P40 (available as a kit with one beltpack and the receiver as the UWP-D26). There’s a scan function to find clear air, and near-field communications for automatically setting channel numbers from receiver to transmitter without any need to dive into menus. 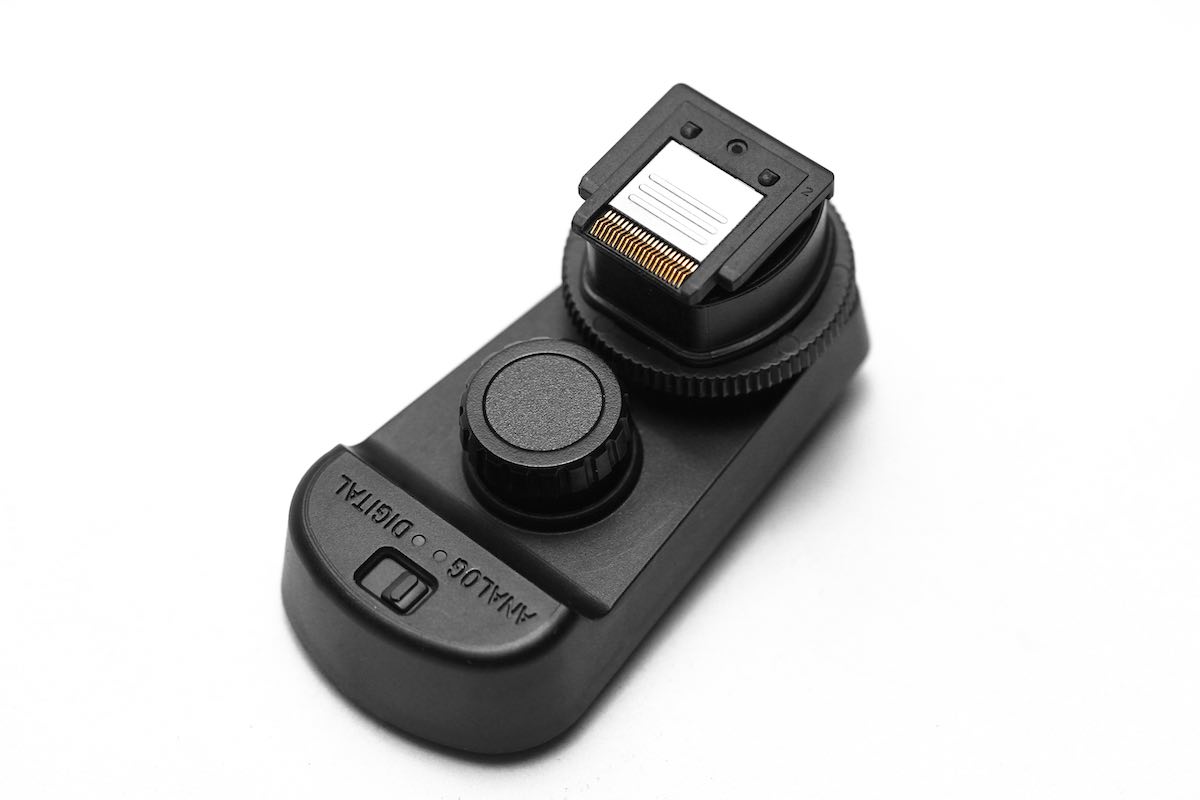 The UWP-D27 kit includes the SMAD-P5 adaptor that bolts onto the transmitter and allows it to interface via the proprietary hot shoe with a range of Sony cameras, including things like the A7S stills series, FX6 and FX9, and the PXW-series XDCAMs which will probably be the most common pairing in the world of current affairs broadcasting. Delving into the details, we discover that the link between receiver and camera is digital in those cases, preserving quality, and there are power and control features which make life easier.

Sony does point out that some of the lightest-weight cameras on the list, principally the stills cameras and tiny FDR-AX60 handycam, won’t necessarily supply power, presumably because they don’t have that much power to supply. In that case, or when we’re not using a Sony camera, a couple of AA cells will run the receiver for half a day or so. One new feature is the USB connector, which can be used to supply 5V power (so any basic power bank will do it, and there’s no complexity over what high-power USB modes any particular device supports). Whether USB was ever a very sensible choice for a universal standard DC power interface is a worthwhile question, but as so often it’s probably better that there is a standard, than that the standard is ideal, and Sony has done the right thing by including it.

Sensibly, the company does not specify an expected radio range. The physical environment, weather conditions, and the proximity of other users of the same radio frequencies all have a massive impact on performance and range. Infamously, trade shows are terrible places to demonstrate radio equipment – there’s so much radio communication going on that almost nothing works. Travel to the middle of an uninhabited desert and suddenly it’ll go many times as far. It’s always been difficult to test wireless devices for their absolute radio performance, and we’re not gong to try. Suffice to say it has reasonable range for a modern radio mic radiating up to 30mW of power.

Two AA cells - or USB power for the receiver.

The absolute audio performance is easier to assess. Company figures claim a 60dB signal-to-noise ratio which is not atypical for a high quality UHF analogue radio mic. The purpose of the digital signal processing is to apply lots of analogue dynamic range compression (not to be confused with digital data compression) to the to the signal, which is then transmitted and expanded the other end, a process called, in combination, companding. Doing that massively reduces the perceptible noise floor and is effectively a de facto standard approach for modern analogue radio mics. Whether someone would want to use these on a high-end feature film is a valid question, but audio quality likely wouldn’t be the issue.

They’re certainly very functional for their intended use in newsgathering and documentary. The channel scan feature is handy and multiple power supply options are always worth having. Sony, as ever, gives us a nicely-integrated system with off the shelf accessories that more or less fall together to create a beautifully integrated package, especially for Sony camera users. This package is very likely to be an almost automatic purchase for anyone building a Sony ENG package, and it’s hard to find a reason to advise against doing just that.