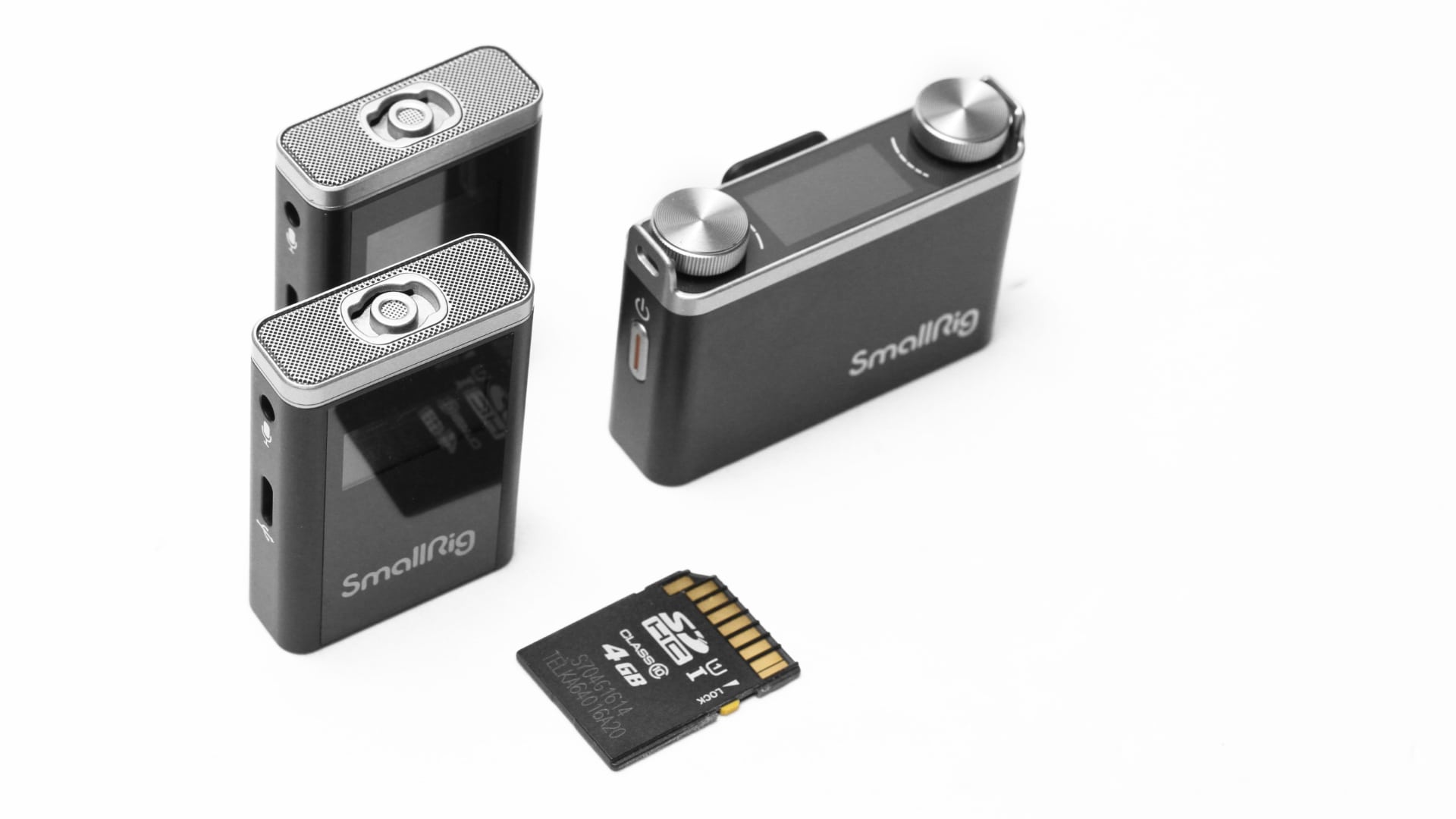 Smaller, lighter, designed for convenience…the devices aimed at the burgeoning vlogging market might not have the bells and whistles of their industry-specific cousins, but they make up for it in other areas.

Radio mics exist in a few categories. The principal difference is whether they send the audio over an analogue radio link, or digitise it and send data; the latter implies delay but keeps quality high without requiring tricky analogue circuitry. Moviemaking is less sensitive to latency than, say, a live stage musical, so Smallrig’s new Forevala W60 radio mic set, which is very much a data radio, joins several options for getting sound from place to place.

Exactly because there are a few choices, (not least the Mirfak WE10, which we discussed in June) the difference is in the details, and to understand that we need to understand exactly what the intent for the W60 is. Smallrig’s background mainly concerns mechanical design - machined metal, things aimed at accessorising the smaller video-capable cameras for greater convenience. It has sold desktop and on-camera microphones for a while, as well as brackets aimed at holding radio mics like the Røde Wireless Go series.

The W60 set, which includes two transmitters and a receiver, is therefore best understood as something intended to complete that range. It’s aimed very squarely at what media industry analysts call new media content creators, or what everyone else calls YouTubers. The same thinking is behind Nikon’s Z30 camera, which we also saw recently. It has reasonable microphones, but suffers the same issue as all on-camera mics – they’re in completely the wrong place. The other reason the Z30 and W60 seem made for each other is that both are designed to operate out of a carry-on, on the basis most YouTubers expect to work without carrying a sherpa team’s worth of Pelican cases. 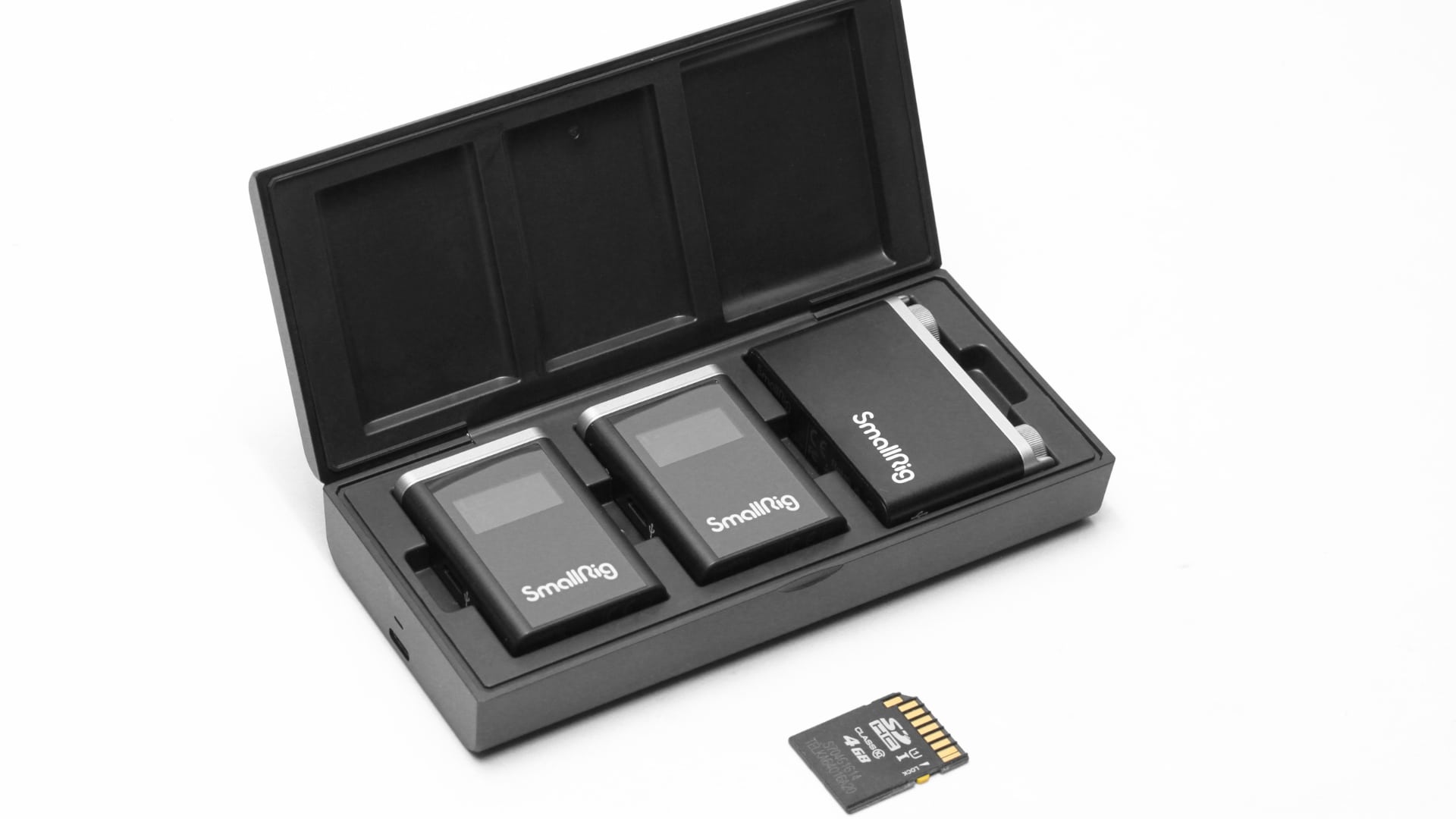 That push for portability is clear the second we open the packaging, because what we find inside isn’t the transmitters and receiver – it’s a carry case into which all three slip and are held in place magnetically. However, we’ll quickly notice the USB-A lead curled into its stowage space on the back, or the USB-C connector on the end. This is a charging case, with pogo pins inside and matching contacts on each device, which mating as each unit snaps into place. This is a fantastic idea, providing protection as the radio mic set is thrown into a backpack and allowing everything to be charged simultaneously from one charger, which might be the same one that charges your phone. Wonderful.

All three devices have spring-loaded clips to grab a belt or lapel, which are also shaped to slide into a cold shoe. That’ll mainly be relevant to the receiver, which has both headphone and audio outputs. The latter is hard to describe as being either at mic or line level; it’s a high for the former and a low for the latter. Presumably it’s been engineered to talk to audio inputs on cameras and phones for which this signal level is a good compromise of headroom and noise. The headphone socket will drive headphones fine, or operate as a higher-level output as required. There’s a power switch, USB charge ports, a level control for each channels, and… that’s it.

The transmitters are similarly minimalistic. They’re just about small enough to clip to a lapel, and while the inbuilt mic lacks directionality and suffers some handling noise it’s still likely to be vastly better than the mic on the camera simply by virtue of being in the right place. There is a connector for a lavalier mic, though none is supplied and there’s nowhere to stow them inside the carry case. There’s also nowhere to put the furry windjammers, which are reasonably effective at reducing wind noise but must be removed before the transmitters can go back in the box. 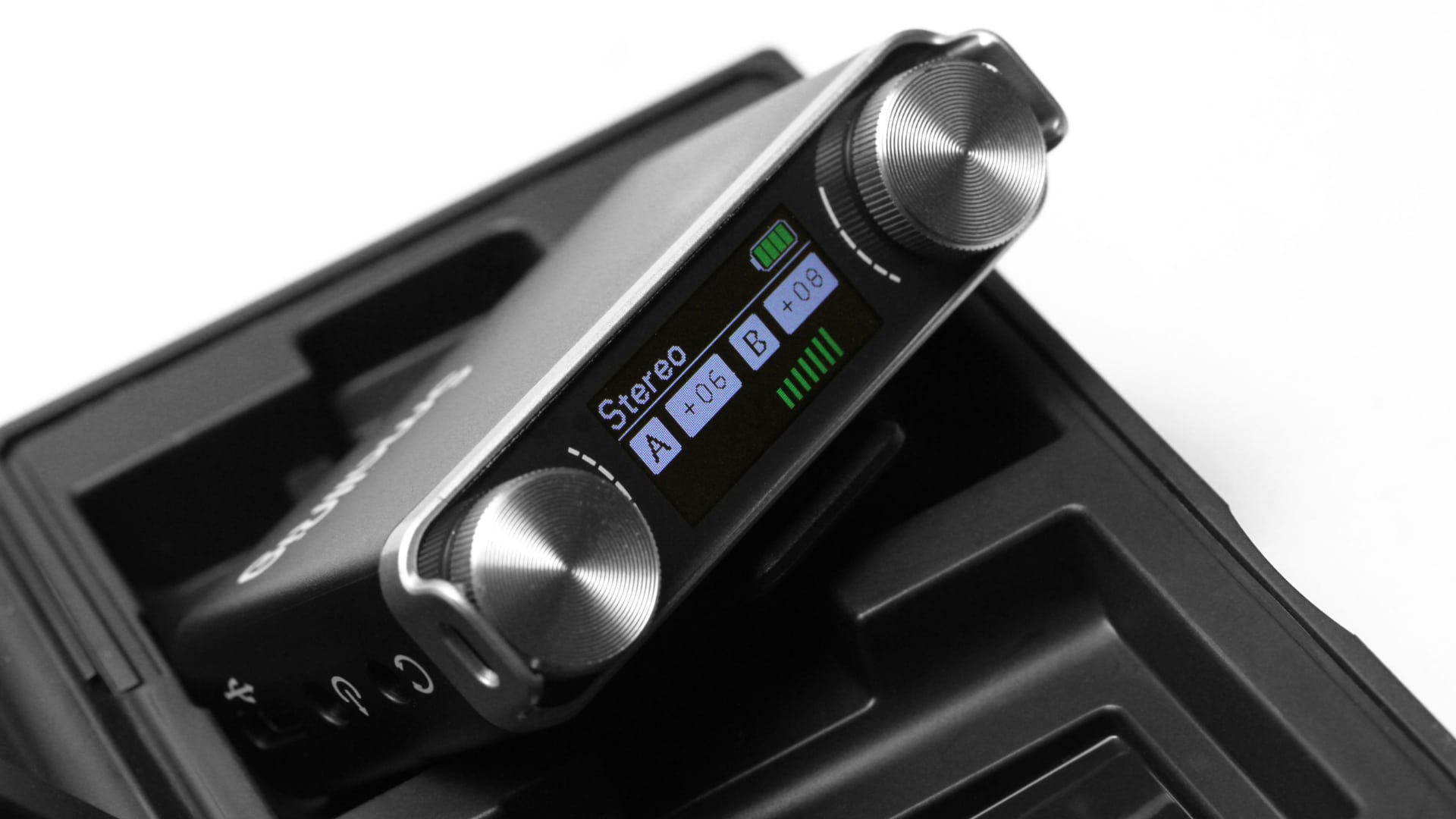 It’s very, very difficult to say anything meaningful about the range and reliability of radio devices in a review. Not only is it hugely dependent on the terrain and exact nature of nearby buildings, the W60 is a 2.4GHz device, which has the significant virtue of being license free almost everywhere but is, as a result, used by many things. What works today may not work tomorrow; what fails now may be fine next week. In the end, it’ll go a couple of hundred feet, line of sight, which strangely enough is more or less the same as most radio mics, at almost any level of the market.

The W60 is listed at $200, which compares reasonably to the $250 Mirfak WE10, though it lacks the Mirfak’s recording facilities which goes some way toward explaining the price difference. It also doesn’t come with lavalier mics, although inexpensive ones (probably of similar performance to the simple ones Mirfak supply) can be had inexpensively. The W60 devices are also slightly smaller in some dimensions, arguably prettier, and they do come in that very tidy charging case, which adds a lot of convenience factor.

Old hands of old media might scowl as today’s travel vloggers glide effortlessly through check-in with an entire shooting kit in an overnight bag, but only because they’re jealous.