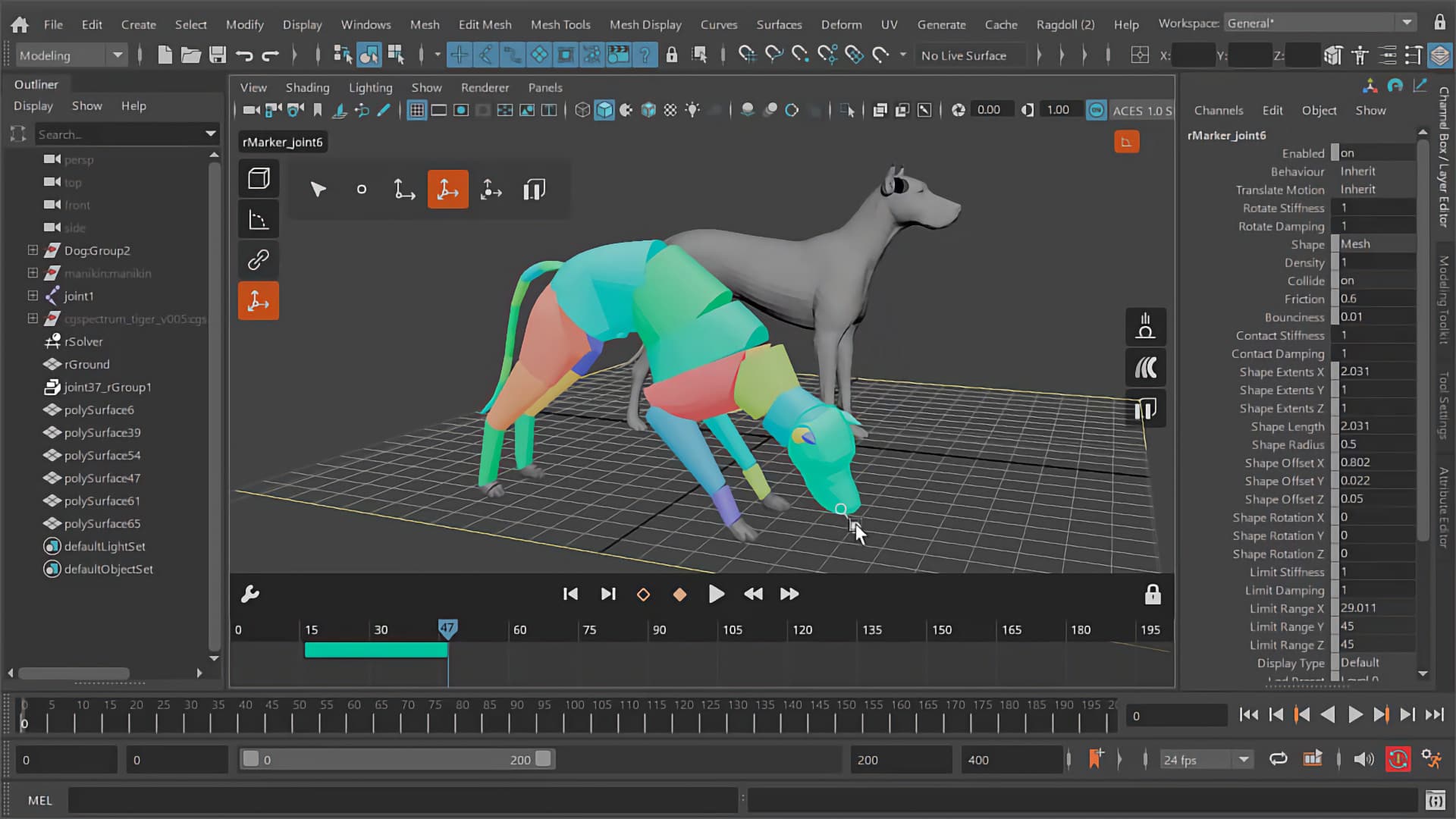 100x faster is a bold claim for anything, but that’s how much quicker Imbalance reckons its Ragdoll Dynamics 3.0 enables animators to produce character animation by giving them an easy way to automate character physics in Maya.

“Today, 80 percent of an animator’s day is spent on things that can be completely automated,” reckons Marcus Ottosson, CEO and founder of Imbalance. “With Ragdoll, you can get to a better place much faster — without having to be a senior animator — opening up more time for the experiments, shot complexity and the types of real-time reviews that move productions along.”

Ragdoll Dynamics is already in use at over 250 studios, including Wētā FX, Sony Pictures Imageworks and DNEG, and is billed as the fastest way to generate realistic secondary motion. By blending real-time physics with animation technology, animators can depict nuanced motion in a couple of clicks, directly in the Maya viewport. While perfect for holistic movements, Ragdoll can also be applied to cloth, hair, muscles, wings and more, bringing greater detail to different parts of a design.

New features in Ragdoll Dynamics 3.0 include:

Live Mode – A new click-and-drag interface strips traditional rigs of their complexity, replacing them with an intuitive system that helps animators capture their rig as if they were playing with an action figure.

Load Physics – Animators can now turn existing Maya rigs into physically based versions of themselves. The resulting rig will not only be easier to animate, and stem from the same workflow an animator is used to, but will see CPU performance jumps of 10-100x, taking complex rigs from 5fps to 500fps in moments.

Asset Library – Fourteen characters are now available in a high-res asset library, designed to help animators start experimenting with the Ragdoll feature set right away. Animators can use a premade spaceman, alien, dog, human and more to create previs, test ideas, or see how the physics structure could be applied to one of their own assets. Each ragdoll an artist builds up can also be stored here, making it easy to apply physics to future models.

Interactive Mode – This mode lets artists work with the same Maya-like controls they are used to on interactive models. Instead of keying shots and waiting for the playback to reveal if things are going right, animators can see how changes are occurring live, resulting in a much faster workflow.

Ragdoll Freelancer – These licenses are feature-complete, perpetual and now available for $199. However, they are only available to individuals.

Ragdoll Dynamics 3.0 is available now for Autodesk Maya 2019-2023 users running Windows, Linux and Mac. As the $199 above indicates, it’s not entirely cheap — prices range from a node-locked individual $79 a month to a lifetime floating $2999 — but the hope is that if it speeds up production by only 10x, never mind 100x, it will pay for itself fairly rapidly. And that really is quite a decent client list…