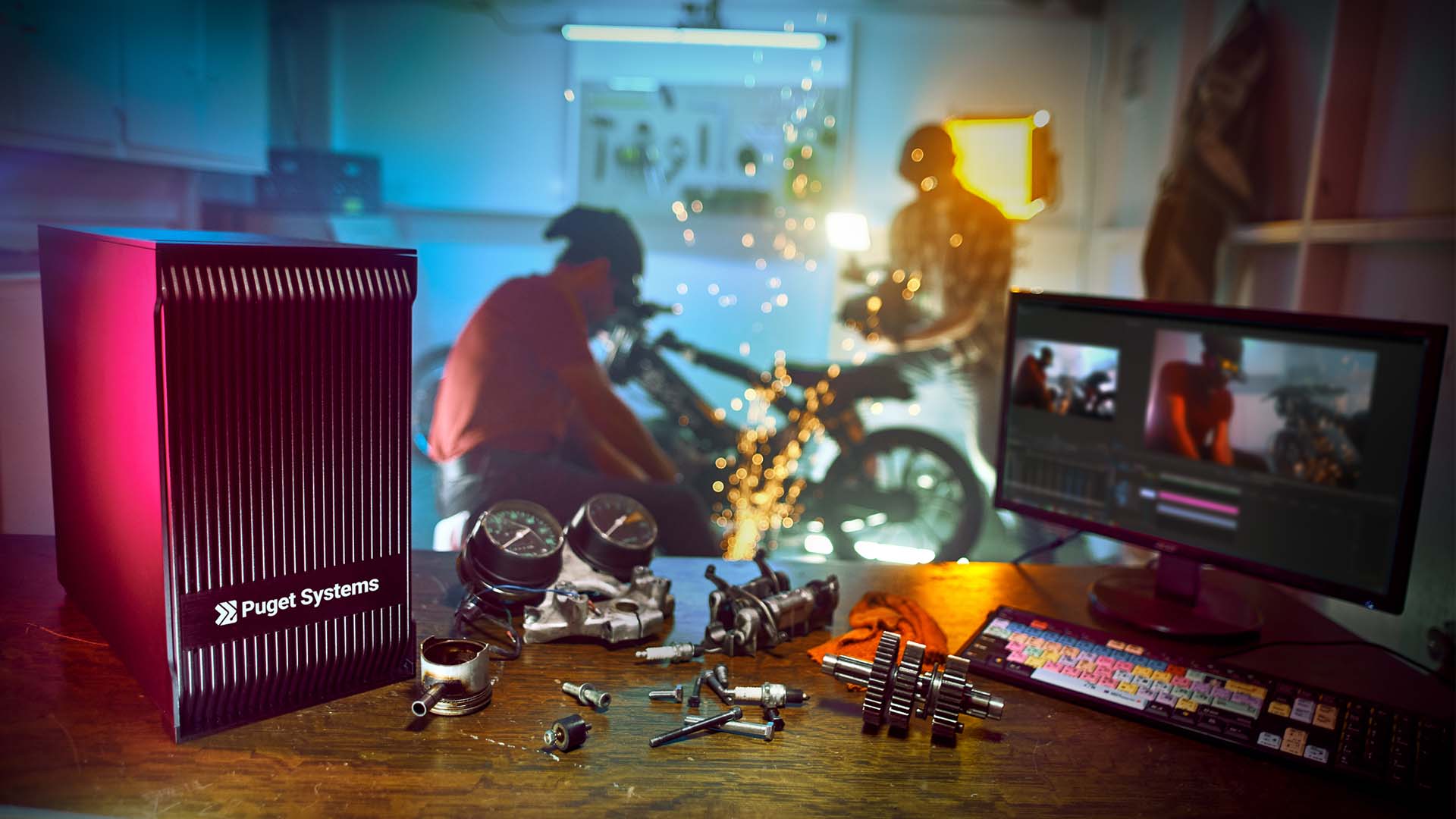 The team at Puget Systems designs and builds some of the most powerful workstations on the marketplace, and one important component is its extensive testing of new technologies. With the release of the 12th generation Intel core processors, Alder Lake, Puget performed extensive benchmarking which helped with the design of these new systems.

Filmmakers and content creators are always looking for ways to save time while in post-production, especially as 3D design, virtual production, and formats like 8K HDR continue to grow in use. That’s where the new Intel 12th gen processors come in.

The Alder Lake processors have seen an increase of 20% to 50% in performance improvements, based on Puget Systems Labs’ thorough testing with many of the most popular continent creation apps like Premiere, Cinema 4D, DaVinci Resolve, and more. No one wants to be cutting and color grading a major project, only to potentially miss deadlines because their system is bogged down with long render times.

With the benchmark results in hand, Puget designed a whole new family of custom-built workstations around the Intel Alder Lake processors, focusing on intense content creation, such as editing, VFX, virtual production, photo editing, and more.

Our recommendation is to set up a call with Puget Systems to discuss what you’re looking for in a workstation built with the 12th gen Intel processors, as we recently did with a customized Genesis. They will ask you questions about what you normally work on (and what you may do in the future), your workflows, and software you’re using. From there, they’ll design and build a monster of a workstation that will help you now and also in the future as things like virtual production continue to grow in popularity.