New cameras, new kit, but what about new workflow? 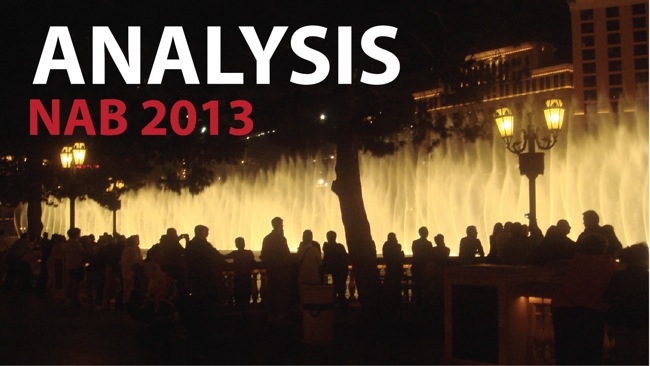 Today will see the first major round of Press events at NAB in Las Vegas, as the world’s broadcast and film technology manufacturers announce what they will be releasing to make our lives easier in the next 12 months. That’s what they hope, but what do we expect? Miguel Ferros reports

Doubtless, at the glamour end, we will see many announcements on 4K everything, the camera wars will continue and there will be quite a few jumping on the data recorder bandwagon. But what of those having to deal with all the extra data we are going to be recording and processing, what are they hoping to see? I asked two experts, one on each side of the Atlantic.

“What I'd like to see and am expecting, is more focus on clear and simple workflows,” says Michael Bravin, Principal at LA-based The Digital Picture Company, consultants in on-set and post production. “We need on-set color management tools with hooks directly into simple color correction and data management tools that scale from compressed proxies through uncompressed 4K.”

Both are looking for improvements in that other much used and much misunderstood buzz phrase – metatada. Bravin wants to see “a maturation of metadata capture and a better way of exploiting this metadata in post through exhibit into archive using it to provide a clear and simple data management and retrieval process”, whilst Neckles is keen on the “Colorfront EMD metadata side car file technology becoming an industry standard for sharing metadata between vendors and tracking it through the production pipeline.”

The harsh reality is that these things, whilst seemingly fairly mundane, are often the hardest to deliver for the technology providers. Not necessarily through a lack of will but because it means working with other companies, often competitors, in order to achieve a smooth workflow across any one part of the chain. This is even harder to achieve throughout the whole process from camera to archive.

Normally, when any one production area becomes too problematic an organization such as SMTPE or the EBU steps in. This has been the case with The Academy’s colour management initiative, ACES (which I will highlight and explain in a future article). I expect that further announcements of support for this from camera, monitor and colour grading software manufacturers may be the most likely item on this shopping list to become reality this NAB.