New 4K handhelds and an 8K projector from JVC 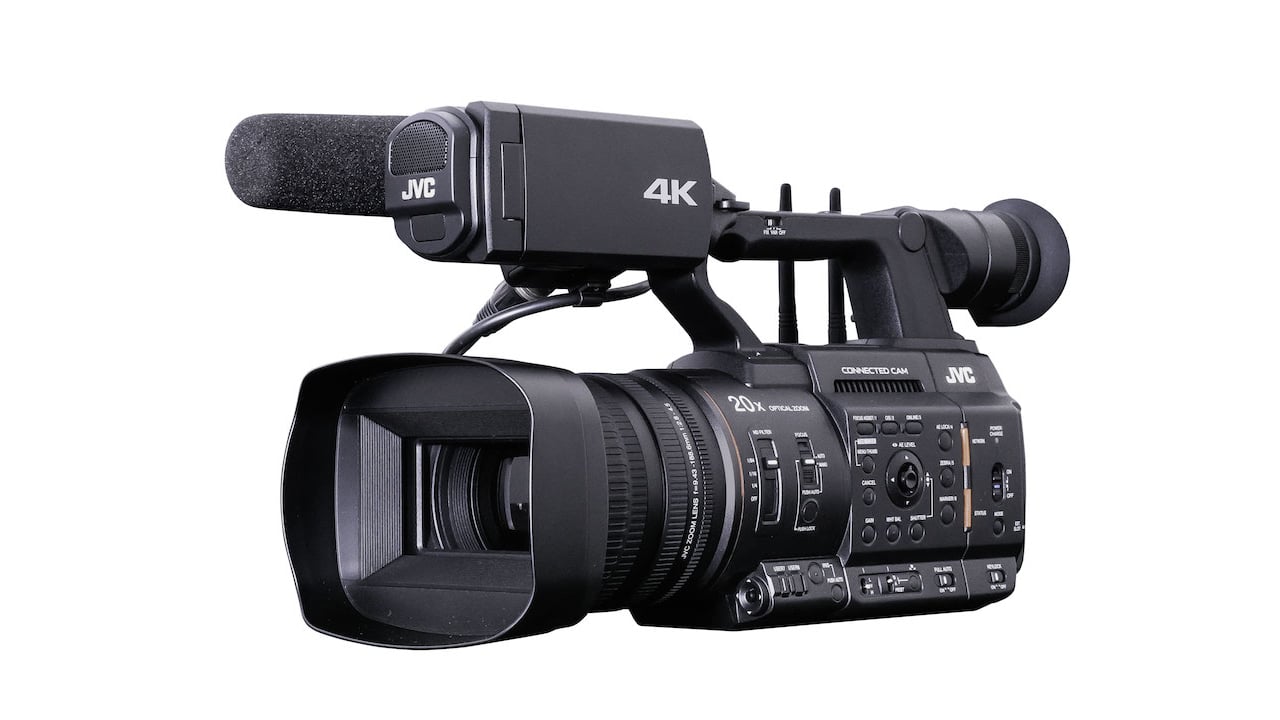 JVC is heading to IBC with a couple of interesting new 4K handhelds that feature extensive IP connectivity as well as a new $18,000 8K projector.

First up, the two new cameras in the company’s Connected Cam range, the GY-HC500 and the GY-HC550. JVC says they offer unparalleled IP connectivity in a handheld camcorder form factor and extend the whole Connected Cam range down from the shoulder-mount GY-HC900, which was announced earlier this year and should be shipping next month.

The new units are aimed at the lower end of the ENG market and, importantly, help bring increasing 4K capability to the sector. Both models offer live streaming, FTP file transfer and remote camera control over IP. They can’t stream at 4K just yet, though an upgrade to the Connected Cam tech codec provides them with the new ability to stream at up to 1080p50/60 at 20Mbps, providing users with a high-quality contribution stream over IP directly from the camera. Return video over IP and high-quality IFB audio return have also been added.

Available early next year, both feature a 1-in 4K CMOS sensor, which is combined with a newly developed 20x lens with 3-ring control, and record to SSD media in a variety of formats including 10-bit ProRes 422 at 4K and 50/60p, H.264 and MPEG-2. The GY-HC500/550 can achieve up to 12 stops of dynamic range, with support for BT709, BT2020 and BT2100 HLG colourspaces, while other features it boasts over and above its sister model include Wireless LAN antennas, built-in broadcast graphics overlays, and Zixi protocol support for streaming applications.

JVC’s other big product for IBC is a slightly curious one: an 8K projector that does not support an 8K signal input. In this it is probably only acknowledging market realities, but it still seems slightly quixotic at best. Nevertheless, the DLA-RS3000 marks the debut of the company’s e-shift technology and gives it bragging rights in bringing the world's first professional home theatre projector to achieve an 8K display to market. 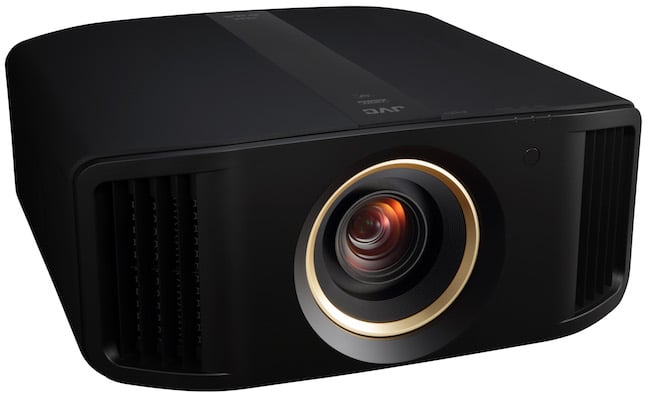 Compared to some of the AI upscaling routines promised by the likes of Samsung, e-shift seems quite rudimentary, simply shifting pixel diagonally by 0.5 pixels to double the resolution. The proof will be in the viewing however, and given the unit is based on JVC’s newest 0.69-inch native 4K D-ILA device with 3.8㎛ pixel pitch and the company has also included an 18-element, 16-group all-glass lens with full aluminium lens barrel, an Auto Tone Mapping function to automatically adjust settings for optimum HDR10 image, a wide colour gamut listed as beyond DCI-P3, and more, the combined effect should be impressive enough.

Release date is pencilled in as October and the price is looking like it will be in the region of $18,000.