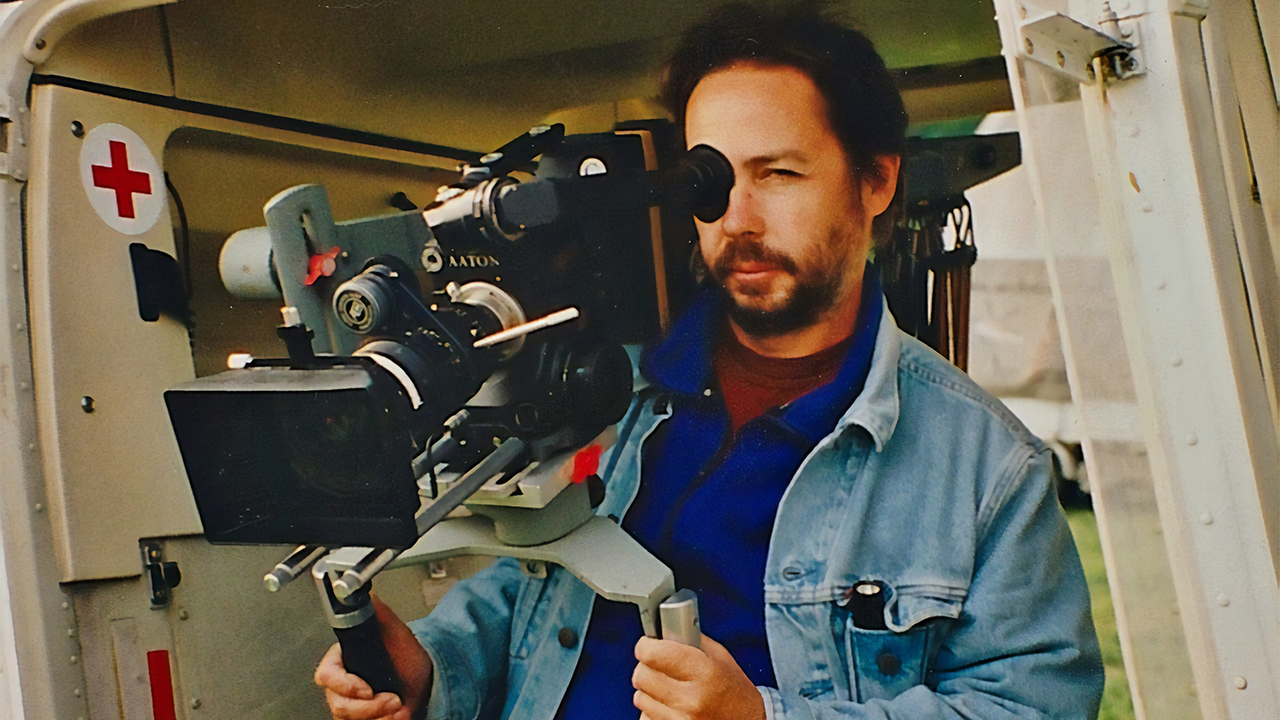 16mm film cameras ushered in a new era of cinematography and use in television. Roland Denning examines the most influential cameras of this time, including his beloved Aaton. 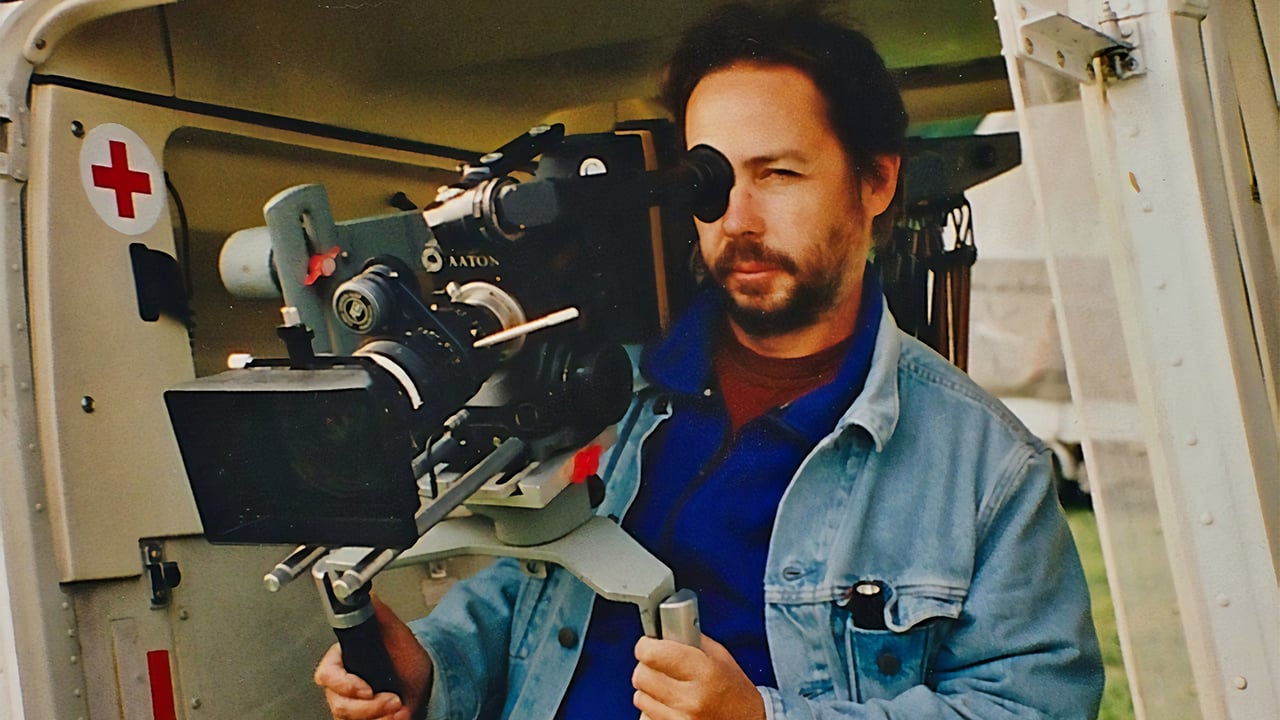 In the last part we discussed how, in the 1950s, there began to be a call for a professional, lightweight portable camera that was quiet enough for sync sound to be recorded. This was finally achieved in the 1960s, but it was 16mm that first provided the solution.

16mm film was originated by Kodak as an amateur format in 1923, but it was only in the 1960s that is was taken seriously for professional use when film stocks improved and TV rose to be a dominant force. Originally seen as a documentary format, it would eventually become an option for low-budget feature films and the standard for TV documentaries. In the UK, 16mm (followed by Super16) would also become the standard for all single-camera TV drama for the last quarter of the 20th century.

In the 1950s there was a very successful American camera, used largely for TV newsreel work, which is now almost forgotten: the Auricon. The Auricon recorded sound on film, initially optically and later on pre-striped film stock (that is film stock with a magnetic strip on it, also known as ‘commag’). The Auricon was a quiet camera with a well-engineered steady movement and it later formed the basis of the lighter Cinema Product’s CP-16, much used by the American cinema verité documentary filmmakers of the 1960s.

The CP-16 was a good camera, but in Europe, it seemed to be regarded more as a newsreel camera than a serious documentary camera, perhaps because the Auricon and the early CP-16 did not have a built-in viewfinder system – they depended on a zoom lens with their own reflex viewfinders, which obviously restricted lens options.

In 1965, Arriflex brought out the 16BL, a self-blimped camera designed for shooting sync sound. The 16BL couldn’t really claim to be silent, but it achieved acceptably low sound levels by ‘floating’ the camera mechanism and lens mount within a casing insulated by rubber from the exterior housing of the camera. A lens blimp similarly carried the lens within rubber mountings and a thick clear optical flat or filter at the end of the lens blimp completed the audio insulation.

The 16BL was hugely successful. Like all Arri cameras, it was made to a very high standard and was very reliable. The mechanism included a register pin movement and, like all Arris, it was rock steady. The 16BL could also be fitted with a commag recorder, like the Auricon and CP-16 for news work. It was perhaps the most familiar 16mm sync sound camera of the period. 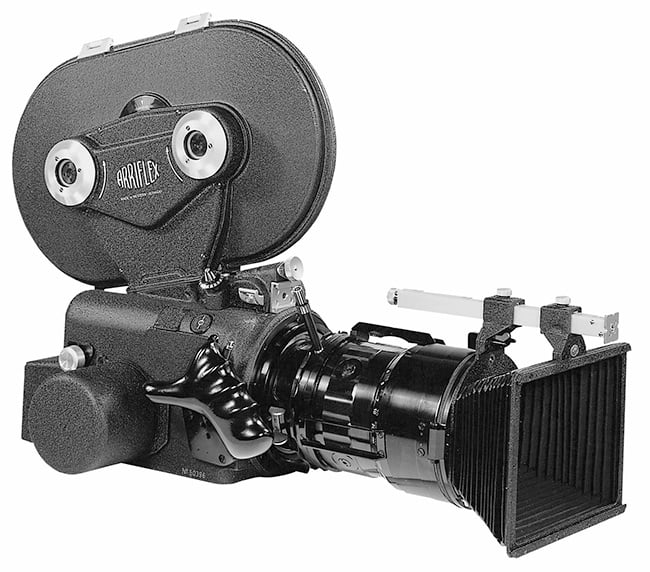 But I am not going to award the Arri 16BL as the game-changing camera of the decade. Instead, I am giving it a French camera: the Éclair NPR, which first appeared in 1963.

It is difficult to avoid national stereotypes when comparing German and French cameras. Arriflexes are beautifully engineered, solid and reliable – they give the impression that they would never use 5 screws where 10 are possible. French cameras are more daring in their design - possibly to the point of flamboyance or eccentricity. If German cameras were Volkswagens, French cameras would be Citroëns.

While Arriflex attempted to silence their mechanism by building a sound-proof box within the camera, Éclair designed a camera that would be inherently silent and not require lens blimps – NPR stood for Noiseless Portable Reflex - by putting the motor and shutter on the same shaft, eliminating the need for gears between them.

Although the 16BL’s magazines were relatively easy to load onto the camera, with the NPR the pressure plate was in the magazine itself rather than the camera, so mags clipped straight onto the camera almost instantly, without lacing. The Eclair was designed so the magazine would sit on the operator’s shoulder, balancing the camera – a form that would be followed by all subsequent documentary film cameras.

The original Arri 16BL, on the other hand, had a flat base which, if you attempted to put it on your shoulder, would bring the viewfinder eyepiece half-way up the operator’s neck. Arri did later release a viewfinder extension which raised the eyepiece to eye level, but the 16BL was always much happier on a tripod. Of course, there were many in the industry who believed that cameras should always be on a tripod, so perhaps the innovation of the Éclair was not fully appreciated at the time.

Éclair followed the NPR with the ACL – a lighter, quieter, cheaper camera with all the design advantages of the NPR. For a period of five years, the ACL was actually made in the UK when producer Harry Saltzman bought the company in 1968. The ACL seemed like a great design – with an optional 200’ magazine it was particularly light and compact – but it came with issues of its own. It was very prone to ‘hairs in the gate’, the image in the viewfinder did not stay upright if you swivelled it and magazines had a tendency to fall off. 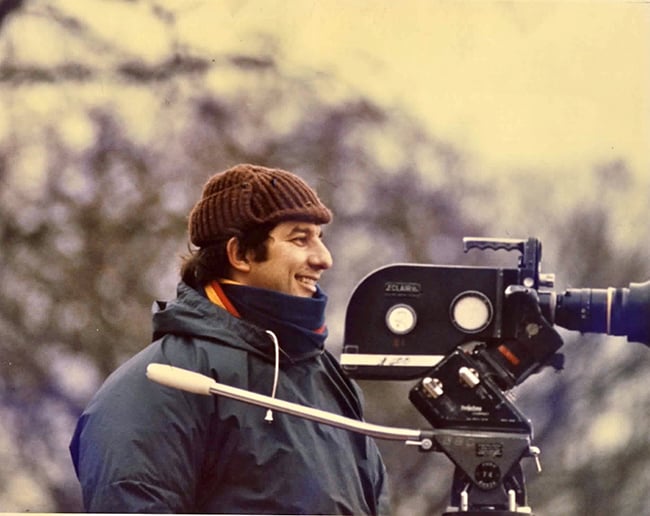 Éclair continued to make cameras in France into the eighties and the ACL, in a much developed and refined form, was the basis of the Aaton camera when Aaton bought the company in 1986. The Aaton was, in my view, the most beautiful 16mm camera ever made (and certainly the most beautiful camera I’ve ever owned).

Often, we find it is not the most technically advanced camera that thrives but the most solid and reliable. This is not to suggest the Éclair and the Aaton were unreliable cameras – far from it – but often, the industry seems attached to the solid and the heavy. As always, it is not technology alone that drives camera development, but the interaction of technology with the institutions and economics around it. Big, heavy cameras established a particular pattern of working in the movies and it needed a demand from a different breed of filmmakers to encourage the development of lightweight hand-held cameras. These demands continued into the next decade.