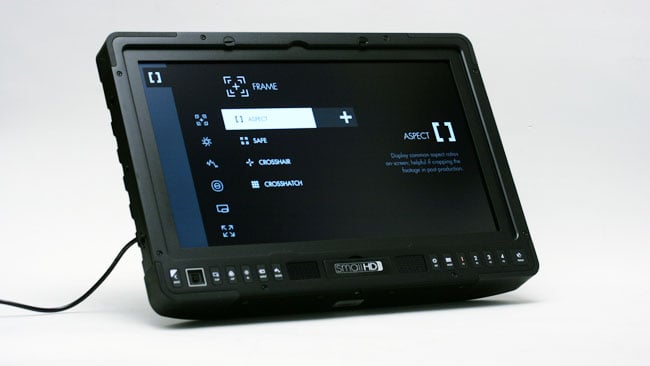 RedShark Review: Phil Rhodes finds lots to like with the newest entrant into the SmallHD monitor range.

SmallHD refers to its monitors as “the world's most rugged,” and that was certainly very clear when we reviewed its 13-inch display, the 1303. The substantial build made the 1303 feel a bit bulky, although it is certainly very hard to hurt, will doubtless last decades, and is overall a very wonderful thing.

By comparison, the design of the 1703's milled aluminium shell seems less oversized against the larger display panel. The 1703 range (of which there are three) will, therefore, suit productions which don't need to travel absolutely as light as possible, although the battery mount and slide-out carry handle maximise portability as far as possible. The 1703 also retains the fantastic option to clamp a replaceable plastic panel ($60) in front of the display, something that should be a standard feature on all monitors that stand any chance of being used on set.

The specific device under test here is the 1703-P3 which provides a full 10-bit signal pathway and will, therefore, find use both on set and in post production. It sells for $3500, and a stand is available ($270) for desktop work. It is a 1920 by 1080 display, and while some would argue for 4K, there's really very little need on a panel of this size. At an effective resolution of 133dpi, 1080p is already denser than is really visible at normal viewing ranges. The display does not support downsampling of 4K material, with component 1080p60 via SDI, or RGB 1080p60 in 12-bit via HDMI being the most demanding format supported. 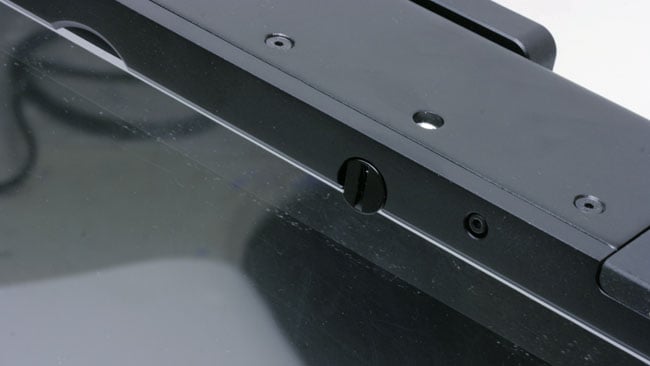 The 1703-P3 enjoys a peak brightness of 450 nits, which is healthy for a non-HDR display. For more power, there's the 1703-HDR which is capable of 1100 nits and goes for a dollar less than $4000. The HDR variant's contrast ratio, at 700:1, is actually less than the 1500:1 claimed for the P3 version we're reviewing, which is something of an inevitable compromise of very high output TFT-LCD panels. The 1703 HDR, which supports Rec. 709 colour only, is perhaps most directly intended to give us sunlight readability, although HDR features, in general, will make good use of the high bit depth handling that's available on all three 1703-series displays.

Ten bits per channel would give us a billion colours; twelve would give us a rather alarming 68,719,476,736, though it isn't so much that we actually need to display all those colours. Liquid crystal display panels won't actually do that anyway. It's more that we need extra data to take into account the losses of processing. Taking a (notionally) very low-contrast log signal and turning it into a (notionally) very high contrast HDR picture means that the brightness steps between digital code values get spread out a lot, so there had better be a lot of them to begin with. With intent to distribute HDR at 10-bit, we'd better get used to using more than that during production, so the 12-bit colour, providing 4096 levels per RGB channel, is just what we need. 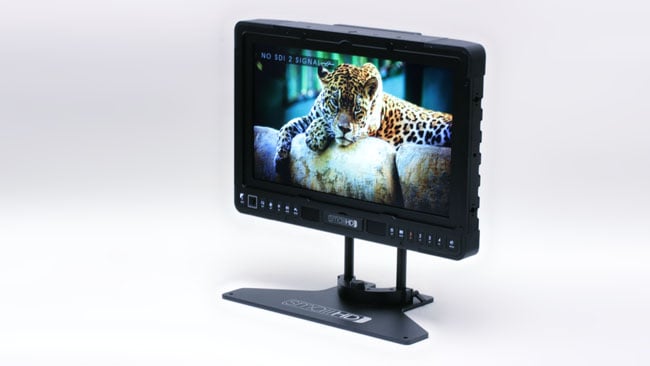 SmallHD 1703 on the optional desktop stand

The third 1703 variant is a studio version, offering full coverage of the Rec. 709 colour gamut for conventional television production, or where people prefer a straightforward 709 preview. It's a little less powerful, maxing out at 300 nits, but at $3000 it's also the most affordable, and the electronics are identical. The calibration, LUTs and input-output processing are all there, it can load LUTs and save stills to SD card, that indestructible shell is the same and that tidy front panel layout with the rubberised keys is common to all models.

The 1703's user interface is similar to that on the 1303, retaining the familiar page-based approach that makes SmallHD's displays such a pleasure. It's a very good solution to the issue created by super-comprehensive modern displays offering lots of tools and overlays which can become a real time sink to manage when they're just piled into a menu. SmallHD's approach allows users to set up and switch between preconfigured pages of options and displays. The page system also includes control over an output preview page, which displays the signal that's coming out of the monitor's output. This allows downstream equipment to be fed images that have received LUTs and other processing by the SmallHD display, for a welcome saving in time and gear. 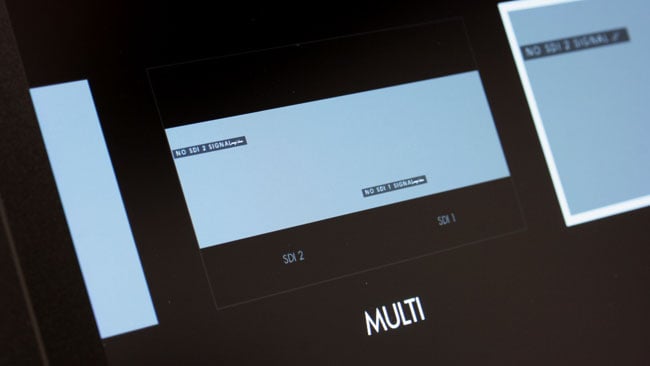 There's an out-of-box calibration preloaded and the company supplies a conformance certificate indicating a maximum delta E of 1.6, below the visible error threshold. Measuring the display gave slightly looser results, although that's explainable the offset between the high-end Klein meter used by SmallHD and the much more affordable X-Rite i1Display Pro, as well as potential changes introduced in the display chain. Plugging a DVI monitor into a computer's graphics card is not an approach which guarantees bit-perfect colour precision, although it's legitimate to do this and then view the calibration as a chance to tweak out any inaccuracy thus introduced. Under the circumstances, there is, as expected, nothing to worry about as regards accuracy. The monitor comes with an X-Rite i1Display Pro for use with its inbuilt calibration feature, although we'll have to report on that in future as the pre-release hadn't quite got to the point of supporting the feature at the time of writing. 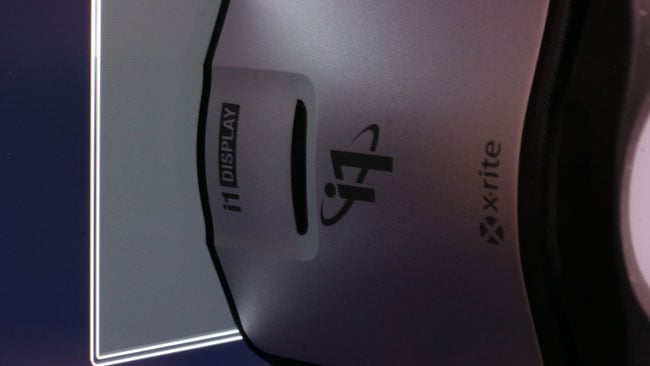 There are a couple of things we could ask for. The ability to downscale and view 4K inputs would be nice, as would the ability to process those 4K inputs and retain the resolution for output to downstream displays. The 1703 isn't a super-lightweight option in terms of all of the 17” displays on the market, and the question really is whether the way it's made will suit a particular style of production. It has a slide-out carry handle, a handy battery mount for portable operation, a neat rail system for accessories such as a radio receiver, and it integrates a lot of things that might otherwise be external boxes, which goes a long way to making up for any concerns over bulk. The inbuilt calibration should soon represent a significant saving in cost and time, especially on a big show with a lot of monitoring, and the monitor is highly accurate as supplied.

The combination of price, feature set and that very nice software suite is hard to dislike. It does a lot, as many of SmallHD's displays do, and the price seems fair given the excellent UI and heavy duty build.