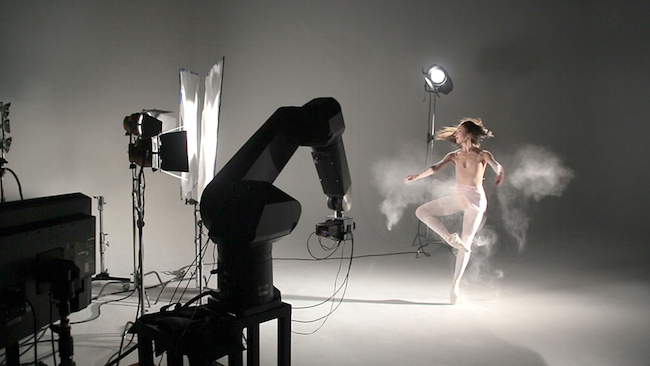 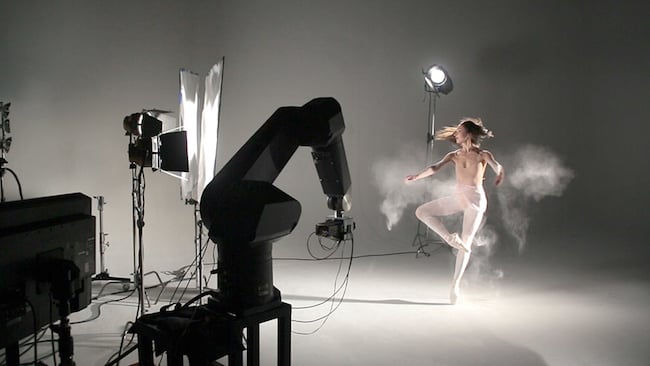 Robic is a new robotic arm that moves faster than anything the industry has yet seen, the result being that productions can capture things in-camera that were previously very much a post-only experience.

Befitting the world’s highest speed robot camera, Robic rather flew under the radar on debut at IBC last year. Now its distributor, Triptent, wants to take the tech to the wider market in tandem with big name rental houses.

The robotic arm system is claimed by its New York-based developer, Robic Team, to move up to twice as fast any robot arm in the industry.

It features a high-torque follow focus capable of moving from zero to infinity in just 0.25 seconds. It claims precise focus during pre-programmed moves travelling up to 170 kph at 2,500 frames per second. The system is compatible with pro cameras including the Phantom HD, Flex 4K, Red Epic and the ARRI Alexa Mini.

This type of technology has been around since The Matrix bullet-time sequence and is now available off the shelf for commercials and specialist shots, potentially saving a lot of money in post work because the effect can be achieved live.

“We filmed a fire eater and by the time the fire had exited her throat in 2 seconds we had shot her head on and moved the camera around her in 360-degrees,” says Triptent founder Joe Masi. “Those type of angles and moves have never been seen before with the human eye let alone a regular camera and would take months to render in post.”

With a Phantom camera it can run 2500fps at 1920 x 1080 or 1050fps at 4K. In both cases the Phantom captures direct from the sensor to its internal memory in bursts of 4 to 20 seconds at maximum speeds. Data is recorded to a Phantom magazine solid hard drive or to an external computer.

One 4K file can be as heavy as 126GB and around 4TB can be recorded in a day, plus back-up copies.

In order to play the file on an external monitor the camera can display an HD SDI file on a conventional monitor for inspection.

The hardware comprises a set of four motion control arms developed by Staubli. These were custom engineered with software, called Nando 7, to service high-speed cinematography workflows.

Two of the robotic arms, together with the custom Robic software, are designed to control cameras, and two are designed to control objects. The camera control arms can be used alone, or programmed to follow the movements of an object mounted on another Robic arm for synced capture. The camera arms can be controlled and programmed via Sony PS4 controller, “dramatically reducing prep time,” says Masi.

“What makes us different is that all other robotic camera systems run on the same motion control software which is kind of limiting,” he says. “We created our own program from scratch.”

The software controls the robotic arm, follow focus, air pistons, motors, solenoids, valves and relays. It also controls IR sensors to trigger recording of the action in a scene.

“The IR light (or laser, depending on distance), emits a continuous signal,” explains software engineer Fernando Kocking. “When the light beam reaches an IR sensor on an object the light is interrupted ‘telling’ the computer to run the scene. The trigger system can be attached to many types of sensors - even something as simple as a switch.”

An initial set-up will typically take 45 minutes, and depending on the complexity of the shot, it takes 30 minutes or less in between setups for programming and adjustments.

Masi says he’s in talks with larger TV and film rental companies and also to industries outside film like aerospace and automotive for filming crash tests.