Avoiding fringing when chroma keying for virtual sets: How to pass the acid test [sponsored] 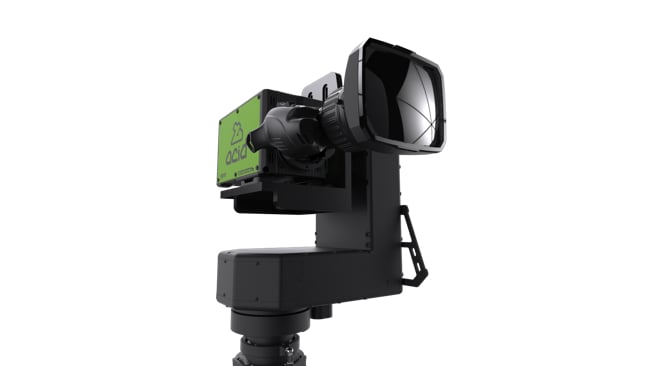 One of the fundamental elements required in an increasing amount of productions nowadays is the ability to pull a good key off the source material in a live environment and combine it with a virtual environment.

It’s easy to see why virtual studios and virtual sets are becoming commonplace components of live productions. Not only do they save valuable money on set construction, they are also eminently more flexible; allowing a studio to switch from one show to the other in a matter of minutes, for example, as well as providing a TARDIS-like sensibility of vast space in a comparatively small set.

They’re also increasingly ubiquitous, and with the best ones it’s not easy to tell it’s a computer-generated set until something that would never exist in real life, such as a graphic pop-up, appears..

There is one flaw when using virtual sets which is a dead give-away though: ‘fringing’ - that is, loss of edge quality in the key because of the bandwidth-limited chroma content that is inherent in standard HD video.

With its new Acid Cam, Ross Video is tackling the problem of fringing head-on. It takes a fair deal to make your product stand out amidst the clamour and the klaxons of NAB, but this year Ross managed to pull off the trick, and not just because of the unmissable acid-rock colouring of its housing. The Acid Cam made the broadcast industry sit up and take notice precisely because it provides a specific solution to the problem of fringing.

How the Acid Cam works

Essentially, the Acid Cam is an HD camera with enhanced chroma output resolution. Instead of the usual 4:2:2 where the chroma is half the resolution of the Luma, the Acid Cam has an additional 0:4:4 output, dubbed UltraChromeHR. Both the standard 4:2:2 and UltraChromeHR outputs are received by Ross’ Carbonite UltraChromeHR chroma keying system and internally combined to create keys from the resultant 4:4:4 signals. Ross says this offers unprecedented performance when used as chroma key sources for virtual productions.

They can be equipped with viewfinders, output adaptors, and all the accessories necessary for full studio usage; and unsurprisingly fit well with Ross robotic systems. Featuring standard HDSDI outputs, they also produce stupendous pictures in normal studio usage as well and, with picture quality an increasingly important aspect of many broadcast productions, producing better pixels at HD res is a powerful argument for delaying a step up to 4K production infrastructures until it is absolutely required.

To learn how Ross Video’s AcidCam and their world class graphics solutions for virtual sets are taking productions to the next level click here.