Fixing it in post? Try getting it right in production 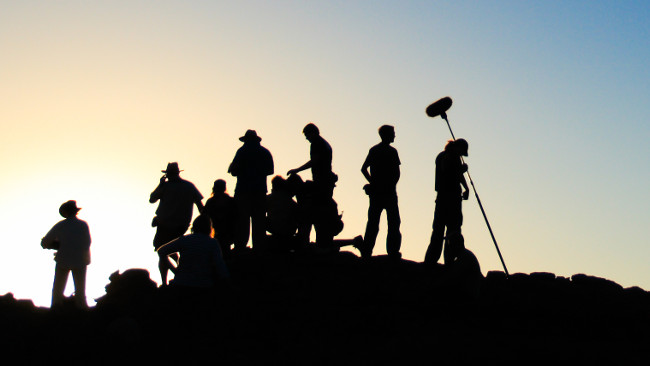 While more creative decisions get pushed to post, Roland Denning believes there are still some fundamental things we must achieve on set.

I was talking to an experienced and successful photographer friend of mine the other day. He told me he had decided to stop taking digital photographs; not for reasons of image quality or nostalgia, but because he wanted to return to the simplicity of that 'decisive moment' of taking a photograph. He had become disillusioned with the notion that the image that comes out of camera, rather than being the end result, is the beginning of a process of manipulation. This guy in no luddite – in fact, he teaches digital photography and has a great portfolio of digital pictures – but, for his personal work, he felt something had been lost in the whole process of digital photography.

It got me thinking about the parallels in filmmaking and the importance of focusing on that moment. There has been a remarkable shift over the last few years on how we make films. The image formed in the gate of the camera is just the beginning. Increasingly, we shoot log files to enable the look to be established in post. An object we don't like in the shot? We'll get rid of it in post. Many now shoot in higher resolution than they intend to deliver so they can re-frame.

And this is just the beginning. If light field cameras like the Lytro become commonplace, then the shoot itself, rather than determining the content, becomes one cog in a very complex machine. Now, I don't want to overstate my case. The ability to have a huge amount of control in post production is great, but there is a downside.

I think all documentary filmmakers know when what you are shooting 'works': when you have found a frame, when it all comes together to express perfectly what you want to say.  How you frame is all tied up with your relationship to the subject: what is juxtaposed within the frame, where the elements are positioned, how the subject sees you. When and how you move in, when you widen the frame, how long you hold that wide shot – these all are essential to those moments. When the attention is concentrated and everything feels right, the shot comes together. To me, these are decisions that have to be made in the moment; deciding it afterwards seems fundamentally wrong.

This applies to drama, too; all cinematographers (but, sadly, not all directors) know that you cannot light a scene until you know where the actors are going to be. More than that, you can't really shoot the scene well until you know what it is actually about and where the drama lies: what should you conceal, what should you emphasise, do the characters turn in or out of the light, where should shadows fall? Everyone who shoots must experience those great moments when everything comes together and you know you've 'got it'.

Of course, you can get those creative moments when 'everything comes together' in post production, too, and there are films that are largely constructed in post. But for me, there is no substitute for knowing what you are trying to achieve when you set out. If you start with an entirely open book, you are never going to know how to fill those pages. I understand how my photographer friend feels; if you're always thinking of how you can fix it in post, you're never going to get it right at the moment of exposure. Whatever wonders post production can perform, it can never take you back to that instant you pressed the shutter. Grading suites are great for refining the look you set out to achieve. I just don't believe they are they right place for determining what that look should be.

Is there an element of wanting to maintain control? Does the cinematographer feel a loss of power if the shot is being radically altered in post? Maybe.

All these arguments might become redundant in the near future of immersive and interactive VR environments (and, yes, I am aware that immersive does not imply interactive and vice versa) where the activity of the viewer actually creates the scene. Those 'decisive moments', if they can be said to exist at all, would now be constructed in the virtual space of the viewing experience. I have argued here before (and many disagree) that these new emerging forms have more to do with game playing that narrative story telling and those two forms work very differently. That's not to say one form is superior to the other or that there aren't overlaps, but the way we engage with stories and games is, to me, fundamentally different.

So, am I just an old romantic, too attached to the processes of the past? Let me know what you think in the comments.