How to upgrade without throwing away a generation of skills [sponsored] 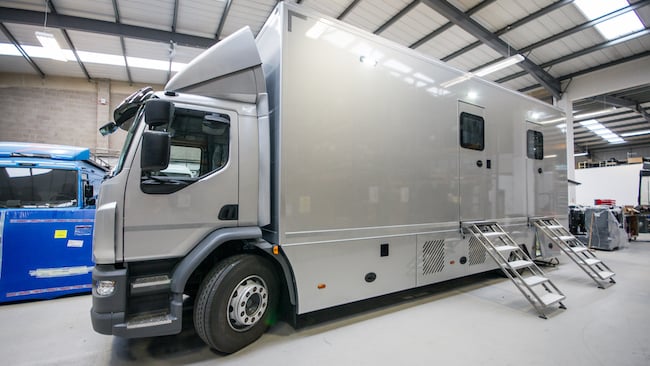 How a UK-based systems integration company WTS used its unique capabilities to build a new generation of OB truck that made the operators’ skills transferrable.

When you’re building the next generation of outside broadcast trucks, choosing the right equipment is essential. But it’s a complex process. You need to find a balance so that you can retain skills accumulated over previous generations, while introducing equipment that might be quite different to use.

This shouldn’t be a surprise in the current climate of rapidly changing technology. We seem to move through paradigm changes with increasing frequency, and so, with each generational leap, we need to keep the changes as frictionless as possible.

And this is no more apparent than in the white-hot tornado of activity that is typical during a live outside broadcast. This is exactly the place where skills and experience make the difference between success and failure.

Which raises a dilemma: do you stick with familiar equipment, limiting your capabilities and quite possibly your competitiveness. or do you go for the cutting edge and risk production issues as even the best operators learn the new systems?

New technology can make things easier to use: look at the incredibly sophisticated innards of a mobile phone, with billions of transistors and yet anyone can use them. But if you need to do new things in new ways, there’s always a disconnect between the old and the new.

Systems integrator and equipment supplier WTS recently built and fitted out an OB truck for RaceTech, which provides broadcast services to the UK horse-racing industry. It’s hard to imagine a faster production environment with, at its core, split-second decisions not just about camera selection but every aspect of a live production that viewers have come to expect to be approaching perfection.

With this in mind, WTS, was given the following brief:

What WTS achieved was:

• Simplified operations and maintenance, with full signal flow management, including grouped signal routing
• A system that is familiar to users, allowing them to seamlessly transfer between all trucks in fleet while still benefitting from automated operations in the new truck

How did they do it? 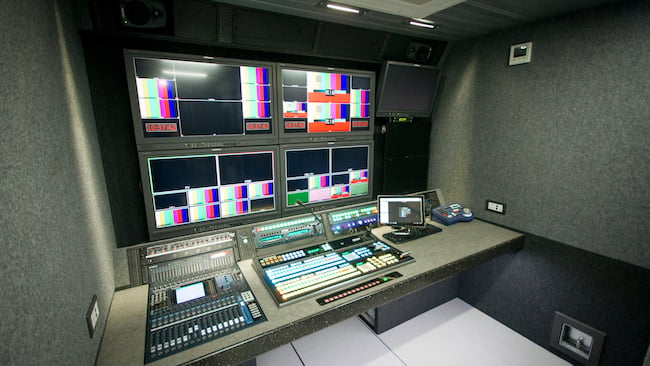 WTS chose TSL’s TallyMan control system to manage all signal flow and logic in what was quite a complex specification, including cascaded routers, grouped signal routing and full audio-follow-video across different devices from multiple manufacturers.

WTS has developed uniquely close relationships with a wide range of manufacturers and equipment suppliers - even to “developer” status - and it was this ability to work in collaboration with TSL that enabled their systems team to configure and install the precise solution that RaceTech needed.

Modern broadcasting equipment is incredibly powerful - sometimes too powerful: if too many features and functions are made available to end users, it can lead to confusion or even sub-standard performance.

Many aspects of new equipment are never intended to be exposed to clients - this is the stuff that simply has to be set up by an installer. With this in mind, WTS adopted an “operator-backwards” approach to ensure that complex functionality was automated into a single button push, optimising it for the individual user.

This isn’t to say the advanced capabilities of a system are ignored, but rather it either takes the onus for managing them off the operator, or else streamlines the system to the user’s immediate requirements, keeping other capabilities in reserve for when they might be needed, which means that the system is also future-proofed.

RaceTech has been operating the truck for several months now, and has found it has an OB environment optimised for this fastest of televised sports, that is able to emulate the control presentation of the earlier trucks, but with increased functionality. WTS’ design and integration skills have been amply proven on the track, as RaceTech’s head of engineering, Mark Johnson, explained: “Our technical and operations teams are delighted with what WTS and TSL have come up with, as they have listened to and responded to RaceTech’s original core requirements.”

To find out more about innovative bespoke systems solutions like this one, contact WTS’ systems integration team.