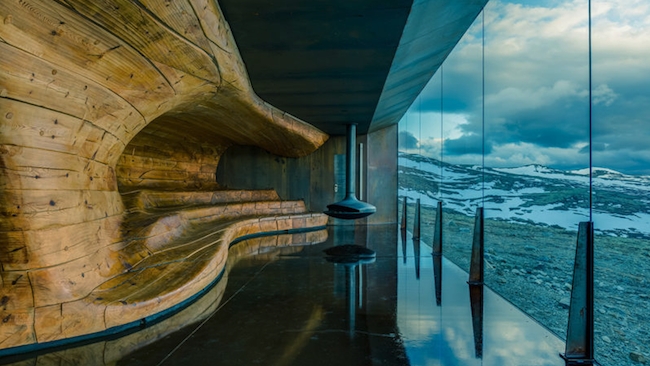 The Snøhetta Viewpoint in Norway has been set up by the Norwegian Wild Reindeer Center so that people can watch the herds in comfort. And its stunning design has been captured perfectly by photographer Alejandro Villanueva.

We’re not going to go into too much detail here because the story is PetaPixel’s and they interviewed Villanueva about how he put the video below together. Suffice to say that he used a Canon 5D Mark III coupled with a Kessler Second Shooter and Cineslider and that capturing the views of the stunning interior without blowing out the one out of the giant windows involved a lot of work with HDR.

You can read more here: 4K HDR Timelapse Captures the Magic of Snøhetta Viewpoint in Norway.