The Practical Guide to Lighting on a Budget, Part Three: The Next Level 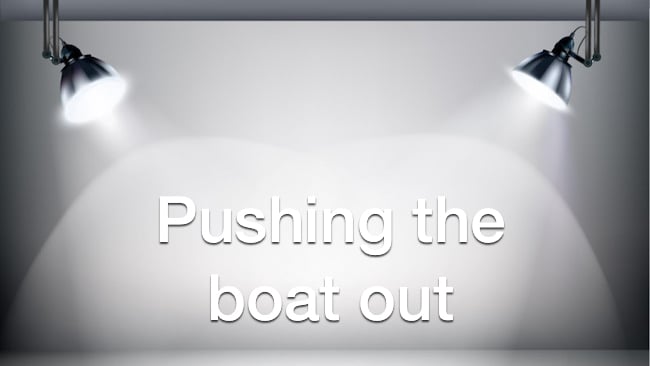 From cheapest to cheap...

In the last part of our guide to low-budget lighting, Phil Rhodes ventures beyond the local hardware store and looks at how to upgrade from super-cheap to merely cheap.

Okay, so we've hit some of the basics of super-affordable filmmaking. Let's imagine we're a filmmaker who's been there, done that, and is tired of having a piece of windblown diffusion teeter embarrassingly to the ground just at the moment the actor was reaching the peak of his performance. Let's say we're starting to make a little money, having built a reel around the fact that we, unlike everyone else, know that placing and controlling light is probably more important than the latest shiny piece of technology. Let's say we're going to plough some of that money back into our equipment. What's the first thing to get?

C-stands, without a doubt. Yes, seriously. Sorry, folks, I know they're not sexy, and nobody was ever hired for the amazing ability to clamp a flag in the right place, but in terms of convenience and time saved it is not particularly controversial to say that the humble century stand and accompanying gobo arm is a basic. You can clamp a piece of black cardboard on the end, if you like, but the point is that it can be put in exactly the right position very quickly, and it'll stay there. They're imperfect: they're very heavy, and they're expensive, but they really are an essential.

As to lights, well. Real movie lights are convenient, but they're often not that different to theatre lights, and theatre lights are made and used in much larger numbers, so they're much cheaper. The venerable ETC Source Four PAR is possibly the single most widely-cloned piece of equipment in the entertainment business and has been offered in film and TV roles, but even the rip-off clones are bright and flexible, with interchangeable lenses, and sometimes come up used for very affordable prices on eBay. They're a bit big and heavy for the output, really requiring a junior (or speaker) stand, but that's the price for the big reflector which efficiently directs light in the appropriate direction.

Better yet, they also exist in versions taking 150-watt ceramic metal halide bulbs which are available in a variety of colour temperatures, and they're about as bright as a 650-watt tungsten for a quarter the power and heat. The much rarer 575 watt versions taking MSR lamps can offer something approaching HMI performance for about the price of a used C-stand. Watch out for flicker, though, with magnetic ballasts. In terms of a fresnel, consider something like a Strand Minim or Quartet, or a CCT Starlette (brands such as Altman will be more common in the US). They're not particularly powerful, at a mere 500W and with the optical inefficiency of a fresnel to deal with, but they produce the usual pleasant and variable beam shape.

Many of these lights will need a junior pin or 5/8” spigot receiver bolted to the yoke if they're to be compatible with real movie stands, but they can work well. Some of them will suffer from heat-induced pinging sounds as they're often riveted together from a collection of parts, but that's avoidable by leaving them on or taking them out of the room while they cool down. They won't have the nice heat-isolated controls of an Arri fresnel, but then, anyone working with lighting should be wearing heavy gloves in any case.

Happily, most DIY stores carry those...