The Practical Guide to Lighting on a Budget- Part Two 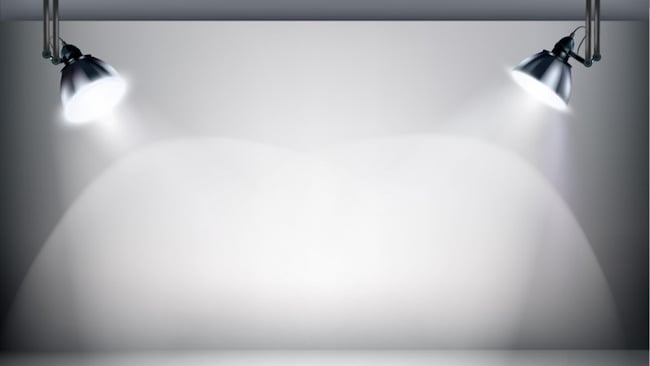 DIY products can help you light your production on the cheap

Phil Rhodes is your guide to using the local hardware store as a source for all your low-budget lighting needs in Part Two of our look at lighting on the cheap.

In Part One of this piece we looked at various different type of light we could use on a low budget production. In this part we address the needs of Control and Stands.

The DIY store solution to basic lighting control is startlingly similar to one of the mainstream ones: buy a chunk of expanded polystyrene insulating foam. The first thing to make clear is that the risk of fire lurks threateningly in this particular corner; foam is used as a bounce all the time, but sheets of it will melt and burn if sufficiently exposed to hot lights, and especially if painted black and used as a flag. Many manufacturers describe expanded polystyrene as “fire retardant,” which means that it might smoulder out of its own accord if it does catch fire, but this stuff will certainly burn if it gets hot enough.

A lot of insulating foam is made of recycled foam beads and may not be white, but there's usually one available that is. Get the 50mm type as opposed to the cheaper, thinner stuff, as anything less than a couple of inches thick is tremendously easy to break. It's often cut up into two by four foot sections, so you can get four of them for £14. If you can get the store to cut it, do so, not because it's hard to cut (it isn't) but because cutting it makes an unholy mess. While you're at it, pick up some cloth tape and bind the edges – it makes it last far longer. Paint one side black for use as a flag, and leave the other side white as bounce.

If you're feeling particularly adventurous, pick up some of that reflective stuff that goes behind radiators and stick it to the foam with double-sided tape. It'll increase the amount of light reflected as well as alter the character of that light; it'll be harder, and perhaps less flattering, but brighter as well. While we're at it, consider the amusing special effects that may be possible with other reflective objects. You can just use aluminium foil (one side is duller than the other, and produces different effects) and at the time of writing, one DIY store had a two-foot-wide circular mirror on offer.

Mirrors are useful in a lot of situations, but they work particularly well in day exteriors where you may not have enough lights to overcome the sun, but you can at least bounce the sun back into the shadow side of the shot. Furthermore, placed in the bottom of a shallow tray of water, a mirror can bounce light into a scene with an attractive water ripple effect.

Finally, let's consider diffusion. Shower curtain is an old standby for this, especially if you don't mind your lighting instruments having little fish or bubbles printed on them. Again, there can be a risk of things melting as many of them are plastic, so take care – they can never really be clipped to barn doors like real gel filters. Even so, it's a readily accessible form of diffusion and it's available in several grades, from frosted to, well, more frosted.

If you want to get artistic, consider a coarser cloth, like this. Just call it muslin, and claim you're going for a warmer look to the skin tones. Wave your light meter around – one should care about the look of the thing – and don't tell anyone about the simple fact that beige fabric reflects, well, beige light. You'll need to figure out some way of hanging it up, and it'll need a frame if you don't want it vertical, but it's amazing what can be achieved with some garden canes and a few zip ties.

Speaking of hanging things up, we'll need something to put all of this equipment on in order that it can be moved into the right place. Strangely, although many things can be done well on an absolute shoestring, there's really very little replacement for the venerable C-stand. Even used, however, they're pretty expensive, and a little ingenuity can get us at least part of the way there.

Your bright-yellow, construction-industry work lights probably came on simple tubular steel stands, and we can obtain more of those for very little money. They don't go up very high, and they don't have the right fittings to receive real movie lights, and nor do they have the adjustable arm that's really the key to a C-stand's usefulness. Even so, with a bit of duct tape or perhaps a few of those one-handed spreader clamps (they're less expensive on eBay) they're very suitable for holding up bits of expanded polystyrene foam.

A lot of people have suggested microphone stands as a C-stand proxy. There is some merit in this idea, inasmuch as a mic stand has a horizontal arm that can be helpful in positioning things. The problem is that they're often extremely flimsy – the legs can fold up unexpectedly and it can be difficult to prevent the horizontal part of the arm rotating in its clamp and spoiling the setup. Worth a look, and available from eBay for a song, but they're not as direct a replacement for the traditional tool as they look. They'll certainly need sandbags.

Speaking of which, many DIY places do actually sell sandbags, particularly in places where it rains all the time and flooding is a perennial risk. The hessian sacks intended for flood defence are really a bit big for sandbagging lighting stands, and by the time we've altered them to suit there's a question over how worthwhile they are. Polypropylene sacks can be had on your favourite internet auction site for very little cash, although please, don't actually fill them with sand – it makes a terrible mess if it spills. The real deal tend to use steel shot (lead being toxic) but gravel, ideally washed, is cheaper and more obtainable, leaks less, and cleans up more easily.

Perhaps the best coarse lighting stand is actually the speaker stand. They're used by every cheesy mobile disco that plays Celine Dion tracks at weddings and soul-crushing company parties, and they're affordable. Usually the upright tube is 35mm to suit the receiver in the bottom of most speakers, and there are actually adaptors to sit inside that tube to allow it to receive proper 28mm junior lighting spigots. They're available in a variety of heights from your friendly neighbourhood Google result. Actually mounting lights on them can be a bit of a bind without those adaptors, which can be expensive and require expensive lights to fit in any case, but they can also be used to support bounces, diffusion, and backdrops.