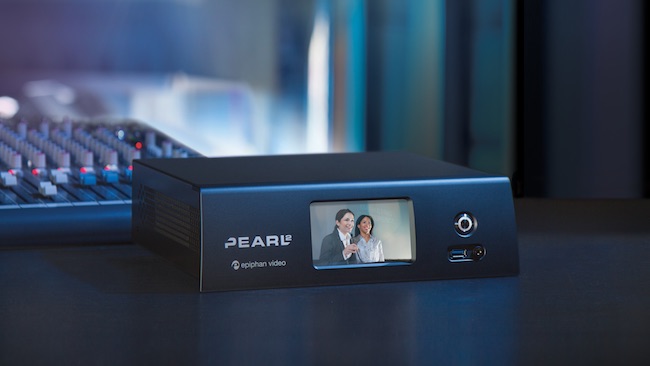 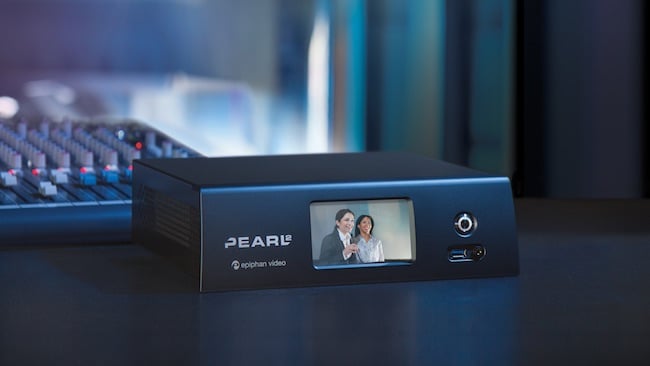 Epiphan Video has launched its next generation all-in-one live video encoder, the Pearl-2, and equipped it with live 4K video encoding and streaming.

Epiphan's original Pearl unit captured, streamed and recorded multiple video sources simultaneously, and the Pearl-2 does more of the same, only better, with 4K support being the major headline. As is the way with these things, though, a second generation brings a decent amount of other upgrades too, which, according too the company, include significantly more processing power courtesy of a sixth generation Intel i7 processor. This gives the encoder the ability to handle not only 4K at 30 frames per second but up to six simultaneous 1080p video signals at 30fps too. And its internal 512 GB solid state hard-drive will let you store plenty of them too.

Video sources can be switched either using the touchscreen or additional Epiphan Live app. A built-in streaming server allows the unit to share a stream, via unicast or multicast, to up to 50 viewers with popular streaming protocols such as HTTP, HLS, FLV, ASF, UPnP and SAP. Larger audiences are catered for using an enterprise streaming server or CDN using RTMP or RTSP, supported CDNs including Facebook Live, Youtube, Wowza, Livestream, Akamai, Ustream and others.

Two years in the field for the original has also led to a number of other user requests which have all been implemented with the Pearl-2, including USB 3.0, XLR audio inputs, 12-G SDI inputs and 4K HDMI output ports. It also comes with a very rugged, hard-shell custom carry case to protect it while traveling.