How much of an issue is Rolling Shutter? 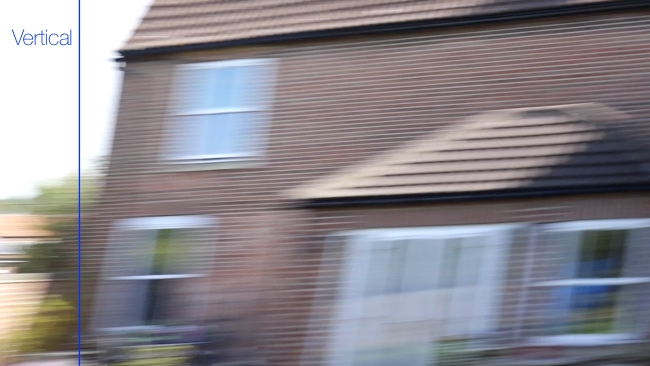 How big an issue is Rolling Shutter in the real world? Is it so bad that you should avoid cameras that show it?  (That's most cameras, by the way.) Or is the problem overstated?

Sometimes you can solve problems just by stating the obvious, a bit like that old joke about a guy who goes to his doctor and says "Doc, every time I bend my elbow like this, it hurts". So the doc says: "Well stop doing it then".

Well, that doesn't exactly solve the problem, and nor does my method below of solving Rolling Shutter, but it does make a good point that might help to inform your buying decisions.

Just in case you didn't know (and please skip this paragraph if you do), Rolling Shutter is what happens when you use a CMOS sensor to capture images. Because of the way the data is read from the sensor, you will most likely get some vertical distortion if either you move the camera sideways while you're filming, or if an object with one or more vertical elements passes by. If you shake the camera from side to side, it can make buildings look like jelly.

CCD, sensors, on the other hand, aren't prone to this but are typically more expensive than CMOS sensors. But CMOS sensors are much, much more common.

It is possible to buy CMOS sensors that don't have Rolling Shutter, but that affects the performance. Global shutter CMOS sensors tend to have one or two stops of dynamic range less than those with Rolling Shutter. It's actually not a bad choice to have to make, in critical situations, especially if your camera is capable of 15 stops of dynamic range.

For those cameras that do feature Rolling Shutter, and which don't have a Global option, what does that mean in the real world?

If you search for camera reviews that mention rolling shutter, you'll almost always find video clips of the reviewer waving the camera around - in a way that would almost never happen in real life! I mean, when would your film script ever call for the camera to be shaking around like it was attached to the back of a rodeo horse? Never. But while what I've just said here is largely true, it's only a partial account of the way cameras tend to be used in real life.

If you have a camera that does suffer from Rolling Shutter, it's still perfectly usable most of the time, and it would be a shame if you avoided buying it when in reality it will work brilliantly for you. So here's how you decide (in my opinion).

If you're shooting drama.
If you're going to have the camera on a tripod.
If you don't intend to use fast panning or tracking.
As long as you don't have objects moving fast horizontally past the camera.

then you'll be OK. Mostly.

Don't forget that even if you don't abide by the above conditions, you can get away with quite a lot of rolling shutter before people notice. Even the best cameras have this issue, (although one of the best ones, the ARRI Alexa, manages to make it so small that I've never even noticed it). For example, if you're shooting something in the foreground and something else moves past in the background, you're not going to see it well enough to complain that it looks slightly diagonal.

Avoid rotating objects like fans and propellors, unless you want to potentially see weird magic effects. But even if you do - people will assume that it's something to do with the camera or the film and not make a big deal about it.

These might sound like pretty big restrictions, but they're mostly not. I have used cameras that, according to (quite valid, I'm sure) tests, have quite severe rolling shutter, but never actually been bothered by it at all.

Here's when you should consider cameras that have no, or almost no rolling shutter.

If you need to attach a camera to a moving vehicle.
If you attach a camera to something that vibrates (like a helicopter...).
If you are shooting fast action sports.
If you habitually pan or track rapidly.
If objects that you film move quickly past the camera.
If you're shooting in slow motion and have a lot of vertical edges (eg buildings) in the shot at the same time as moving the camera.

Ultimately, you need to try different cameras in all sorts of circumstances, and see what works for you. Most of the time, I guarantee, Rolling Shutter will not be a problem. Of course, you might just be the the unlucky person for whom it is a big problem, but that's unlikely. The more you understand the phenomenon, the less of an issue it's likely to be.

Note that this is a controversial subject, and this is just my opinion. Let me know what you think in the comments.