Drones: What you need to know to fly 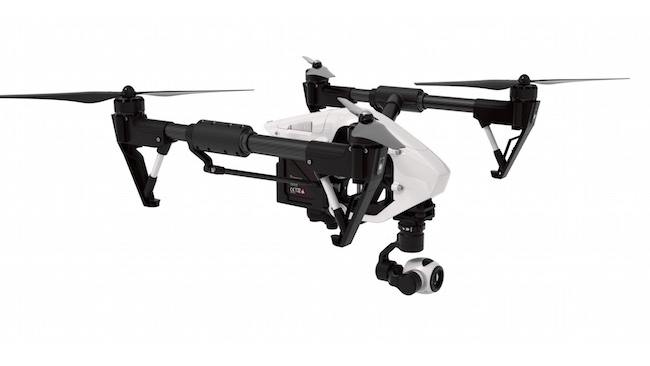 Heading towards profit or crashing and burning?

Drones/UAVs might be becoming increasingly ubiquitous in the industry, but there is a growing whirlwind of paperwork and legislation being kicked up by their rotor wash. By way of example, Simon Wyndham details the position in the UK.

UAVs or drones are the new in-thing. They offer the ability to obtain shots that simply could not be attained previously by low to medium budget operations due to the costs of hiring in a real helicopter.

UAVs have changed all of this and now we are used to seeing aerial footage all over YouTube and Vimeo. I have seen some impressive adventure sports and tourism shots that have taken my breath away. Products such as the Phantom and the new Inspire1 have taken things to a new level by making such shots more accessible than ever at a really quite affordable price.

However a few words of caution. These devices, despite what we see on the social video sites, cannot be flown everywhere. There are rules and guidelines even for amateur operators, and the CAA has made successful prosecutions relating to them. All UAV flyers should be aware of them to avoid getting into trouble, and perhaps putting the industry as a whole at risk.

For commercial operators things are even stricter, and costlier. So what should you know about getting into aerial photography, and what classes as commercial use anyway?

UAVs are one of the fastest growing market sectors in video production. As a result there is a lot of interest from companies wishing to add aerial filming to their portfolio of services. At some point it may well become a requisite skill or product for every video production outfit to offer to keep up with the competition. But it isn’t without its pitfalls. The cost of investment is one factor, but more importantly there is the long process of obtaining legal certification from the CAA (the UK Civil Aviation Authority).

Personally I am taking a great interest in UAV operation, and I have now embarked on a journey towards CAA certification as I look for a new niche to take on. And so I have taken a long look at what will be required. There is a lot more to the detail than can be covered here, but I hope it will give the curious an idea of the task they may be taking on.

A quick way to make money?

Understandably due to the accessible nature of these devices, and combined with the fact that they often have seemingly idiot-proof functions such as auto hover, auto return to base and the like, many people think that becoming a UAV operator may be a quick, easy way to make some money. It isn’t!

Nothing could be further from the truth. There are a number of things to consider before you go anywhere near the certification process. The first, and most obvious, is whether you have the aptitude for flying in the first place. In order to obtain CAA certification you are required to fly a flight exam, which involves demonstrating competency flying the device in fully manual mode.

That is to say you must be able to fly the UAV without the fancy auto hover and altitude assistance that make such platforms so accessible to all of us in the first place. This is no easy task. If you have never flown anything like this before it is a bit like having four hands and being expected to rub your stomach and pat your head with the two pairs at the same time!

I spent years when I was younger messing around with radio controlled vehicles, and I am still finding the learning curve of flying a multi-rotor craft to be a steep one. Placed into simple terms, if you are determined to learn you must start out small, with a cheap UAV, and practice like hell. Not just any old practice though, but with a mind to learning smooth, precise control. Just like learning Steadicam, this will take time and there is no shortcut, and the fact that much of your flight exam will be in manual mode means that you can’t rely on many of the auto functions, other than the emergency ones, of UAVs such as the Phantom to give you a leg up.

Some people do not have the perseverance or time to put this sort of effort in, and many will find it too frustrating and give up. The advice that has been given to me is to expect lots and lots of crashing. Plus some more crashing. Flying multi-rotors can be expensive simply as a hobby. Now consider the risks when a pricey camera is mounted beneath one!

Positive impact on the industry

While it may sound as if I am being negative, such factors do have a positive impact on the commercial aerial video and photography industry from a business perspective: built in income protection. Unlike standard video there is no risk of the local university students being able to buy a fancy drone and undercut you without having their own certification, simply because they will be breaking the law if they do. The CAA has made prosecutions in the past and they have more investigations and cases on-going. So don’t think you can flout the system! They are actively pursuing the law breakers and succeeding in doing so.

The costs of flying

One of the major things to consider is the cost. The training, examinations, the UAV registration, and insurance could cost nearly £2500, and then you have the price of the UAV, possibly a spare one, and their various accessories, such as batteries, battery protection bags (Lipo batteries can be very dangerous even in storage), chargers, spare props, framing monitors, wind socks, wind speed measurement devices, and fire extinguishers etc to consider as part of being a best practice operator.

Even if you intend to use an inexpensive UAV such as the Phantom you will still need to factor in many of those extra pieces of equipment, and the price will soon add up as a result.

For the certification process itself you will face a two day ground school followed by an exam, which will cover aspects such as safety and reading weather and aviation charts so that you understand the different airspaces, amongst many other things. You will also be required to write a lengthy Operations Manual for your organisation. Writing this can take a considerable amount of time and needs to be approved before you can be recommended for certification.

Once you have eventually taken your flight exam you will then have to wait for the CAA to approve your certification and pay them to register your UAV. This is then renewed on a yearly basis, and you will be expected to keep a log of all your flights as evidence of skills currency.

Your flight exam is taken with the UAV that you are planning on flying. If you then go and purchase or build a different UAV — for example you passed your flight exam with a DJI Phantom and then purchased a Hexacopter — you would then need to apply for and take the flight exam again with the new machine. You would not need to go through ground school or the other exams again, but you would need to be assessed on flight skills on the new device and your Operations Manual amended to account for it.

It is understandable that many people are not happy at the sorts of hoops that a budding commercial UAV operator will have to jump through. We are after all used to a fairly free reign when it comes to filming normally.

However a UAV is different. They can, and do go wrong. It isn’t a matter of if your UAV will crash, but when. They therefore have the potential to cause serious harm or damage to people and to property. Particularly when carrying heavier cameras. We wouldn’t expect someone to drive a car without passing a test, and so it is common sense that it should be the same for UAVs.

However I can still see the flaw in this argument. The quick thinkers among you will ask why it is, if safety is such a consideration, that only if you want to make money from flying do you need to jump through all of these hoops?

There is no easy answer to this because in theory it will be the amateurs who may be flying recklessly while professionals will always want to keep a good reputation. However it should be remembered that if you gain a pilot’s license for a full size plane or helicopter, you cannot charge for flights without going through a lot more training and examinations.

Commercial operators are also much more likely to be operating much heavier UAVs. As professional operators there are many more risk assessments and insurance issues to take account of. A quick look on YouTube will reveal the kind of damage and danger even a mid-sized Hexacopter with a small Sony Nex 5 can incur when taken off and flown without due care and consideration for public safety.

While I realise that I may be sounding like a walking Nanny State, if it was possible for people to make money from UAVs without certification there could well be chaos in the clamour to make a buck, and the authorities may well have closed the book on such devices altogether.

Certification offers a common sense approach to flying with safety in mind, and far from being derided should in fact be applauded. We are lucky in the UK that we have such an organised structure for flying UAVs in a commercial capacity while many other countries linger.

As I wrote earlier, such certification and best practice processes do offer a degree of industry and operator protection from the cowboys. While competition is hotting up as more people realise the money-making potential of these devices, there are still only a fairly low number of certified people and companies: roughly 360 odd at last count. Many of these will be journalists and stills photographers. Some may be Estate Agents and surveyors. There are a fair number of industries for which UAVs can be useful and require certification for.

UAV operation isn’t a route into making fast money. You are at the whim of the weather and income could well be seasonal, too. But it is an investment in a niche skill that could bring rewards over a number of years. Flying UAVs is also a lot of fun! So while there are a lot of factors and costs to consider, with the right business model flying UAVs could well be for you.