What's possible with a GH4, a GoPro, a Note 3 and a turbo-charged Saturn... 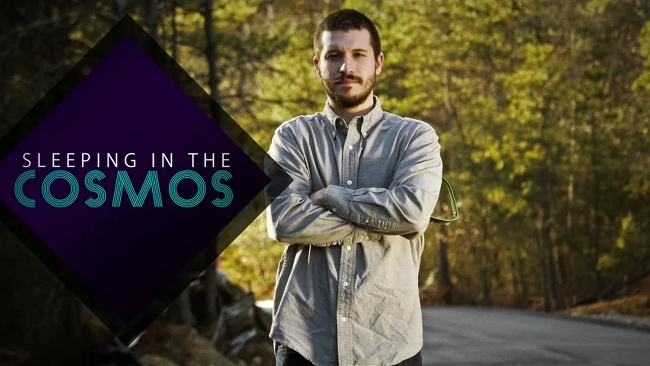 Sleeping in the Cosmos

RedShark News contributor Kevin Luiz proves that you don't need the most expensive camera to achieve great results. You just need talent and a compelling subject.

From the Editor: The DSLR revolution changed the formula for a lot of productions outside of the high-end world of big budget Hollywood filmmaking. With each proceeding year, it seems that cameras get more capable and less expensive, enabling low budget outfits to regularly produce results that rival that of much more expensive productions. In that vein, we're sharing the production notes from Sleeping in the Cosmos, courtesy of our friend Kevin Luiz of Capion Studio. With fairly modest equipment, Capion Studios delivered a great looking and well put together profile on a professional racer and his souped up (and very fast) turbo-charged...Saturn sedan. So, here's Kevin Luiz's account:

For the audio, we utilized a H4N zoom with a Sennheiser MKE 600. The zooms audio levels were set to auto and the shotgun's placement was struck on a boom overhead, placed as closely in the direction of the subjects mouth as possible.

The shoot utilized traditional 3 point lighting with a lowel kit which was two V-Light's for key/fill with umbrella's bouncing our light and one VIP Pro-Light for our hair. These lights were struck pretty close, since they were diffused and were placed on a 45 degree angle. Our hair light was placed camera left towards the rear of the car. For the lighting on the road, we used a simple reflector to catch the light and bounce it onto his face for a hero shot.

We rigged the car with three GoPro Hero 3 Black Editions shooting at 2.7k @ 24fps. Ultimately, only one camera made it to the final cut, which was the helmet cam. That material was also upscaled to the 4K timeline.

Our most interesting piece of equipment was the Ikan x3 3 axis pistol grip gimbal, fashioned with the Samsung Galaxy Note 3 shooting in 4k resolution @ 30fps. We found the Note 3 a little big for the unit, so we had to counter balance the gimbal with some weights to the right side of the phone's cradle. Once we achieved balance, I personally hung out the back of a van with the trunk door open and captured smooth shots where the car is pushing up close to the camera. The smooth action and the wide view of the cell phone's lens exaggerated the actions. The coloring unfortunately did not take well to this particular grade, but the shots are relatively quick that I think it plays well.

On set we also used a fantastic app created by Raymond Bakker that allows your android device (Samsung Tab 10.1) to full screen the GH4's video feed. This transforms your device into a fullscreen monitor. The Raymond Bakker's app gives a certain edge over the official Panasonic app because you are no longer limited to a small window for composition review. We also use it for focus peeking as it becomes clearer to see when full screened. It is to note however the max resolution of the app is still only locked to VGA. Ive spoken to Raymond about this and he is trying to work out a solution.

For the title sequence where "Sleeping In The Cosmos" appears, we used an application known as Chaotica (it's sort of a well kept secret) We knew we wanted to put a play on words for the title and have a celestial/nebula feel to the opener. Chaotica is a fractal noise generator that allows you to create random worlds then tweak next to every facet of its color and animation. For the grade, we used Magic Bullet Looks in Adobe Premiere in combination with Film Convert for a slight grain and color tint.

The profile is the story of Scott Sousa (professional racer) and his achievements on creating a custom built sleeper (in other words, a racing car that looks like anything but). This piece was also to bridge the gap between the viral video of his heavily customized Saturn SL2 sedan and its subsequent news coverage to tell one coherent journey.

The tone or vibe of this story plays with 1980s style concepts in a modern setting. We wanted a very Drive sort of feel, with the coloring and music playing its part.

This is part one of a two part portrait. In the spring and summer, we plan on shooting a much larger piece again focused on Scott and his quest to push his Saturn to a new 10 second record. If he hits the 10 second mark, Scott's car would be, to our knowledge, the fastest Saturn in the world. We plan on renting out high speed cameras and pulling out all the stops for the second film, tentatively titled Astro Belt.

While our main purpose of Sleeping in the Cosmos is the telling of Scott's story, the second purpose of this piece was to mark a new direction for our company, Capion Studio. We plan on launching more pieces like this for the sake of storytelling and art. We are a full commercial studio, but it is our hope to eventually tell stories in creative ways that are less commercially driven. This piece marks that start of 'Phase One' for us and will launch as a flagship video on our new site.

Check out Sleeping in the Cosmos below and visit Capion Studio's website for more information!