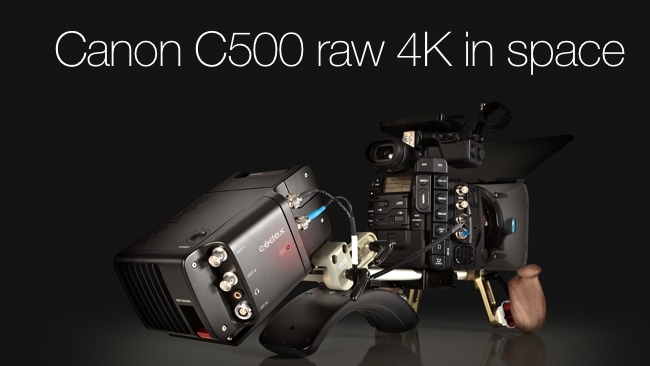 Codex boldly takes its 4K recording system, paired with a Canon C500, where it has never gone before, for a 12 month tour of duty in orbit around the Earth.

At 7:16am Greenwich Mean Time on September 20th 2014, digital recording and workflow equipment producer Codex Digital entered the space race. At that moment, SpaceX launched CRS-4, a commercial resupply services flight travelling from Cape Canaveral in Florida up to the International Space Station. Along with the usual crew supplies and other cargo, including the ISS-RapidScat (a replacement for NASA's QuikScat weather monitoring system), the space craft was also carrying a Codex 4K Onboard S Recorder system paired with a Canon Cinema EOS C500 camera. 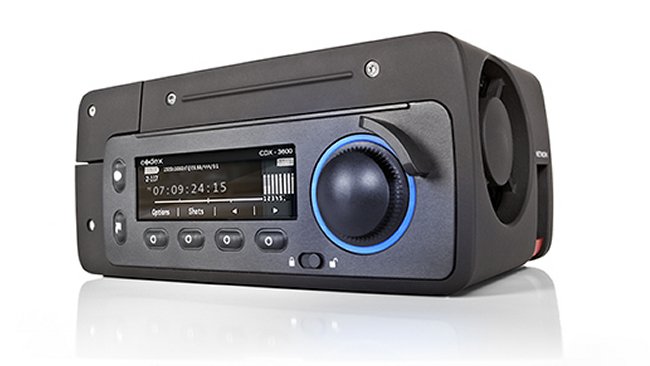 The setup will be in use for the next 12 months by astronauts aboard the ISS, as they capture a set of pre-determined shots in 4K RAW format at up to 120 frames per second. This will ultimately be edited down for use in an upcoming IMAX movie production with the working title A Perfect Planet.

Naturally, the shooting demands for this project are a little different than those for Hollywood blockbusters the Codex kit is usually used for, such as recent release Need For Speed. Codex therefore spent the last few months working with cinematographer James Neihouse, whose credits include IMAX science films Hubble 3D, Space Station 3D and Mission To Mir, and a team of engineers to ensure the system would be able to withstand everything a journey into space and around the Earth might throw at it...including excessive radiation. Says Neihouse: "Along with its ability to capture all the required frame rates at 4K from the Canon EOS C500, it became clear that Codex is a rock-solid platform and workflow, backed by world-class support. It was the obvious choice for this project."

Assuming nobody lets George Clooney and Sandra Bullock anywhere near the ISS, we should see the pin sharp fruits of Codex's labours in early 2016.

Check out the full press release from Codex Digital on Page Two!

Codex, the industry leader in high-end digital recording and workflow equipment for motion picture and television production, is excited to announce that a 4K Codex recording system has been launched into space for a forthcoming IMAX production, and will orbit the Earth for the next twelve months.

On September 20th, at 7.16 GMT, SpaceX launched CRS-4, a commercial resupply services flight from Cape Canaveral Air Force Station in Florida. Travelling to the International Space Station (ISS), CRS-4 is carrying not only crew supplies, cargo and the ISS-RapidScat instrument, a replacement for NASA's QuikScat Earth satellite, used to monitor ocean winds for climate research, weather predictions and hurricane monitoring, but also a Codex 4K recording system as used on Hollywood blockbuster movies such as Need For Speed (DreamWorks SKG).

Paired with a Canon Cinema EOS C500 camera, the Codex recording system will be used by the astronauts onboard the International Space Station to capture a set of pre-determined shots at 4K resolution for an upcoming IMAX production, tentatively titled A Perfect Planet.

During the last few months the Codex recording system was put through rigorous testing, including radiation testing, by cinematographer James Neihouse and a team of engineers. Neihouse has worked on many IMAX movies, including Hubble 3D, Space Station 3D and Mission To Mir. The Codex system passed these tests and is now on its first mission into space.

Although different systems were evaluated, Neihouse commented, "Along with its ability to capture all the required frame rates at 4K from the Canon EOS C500, it became clear that Codex is a rock-solid platform and workflow, backed by world-class support. It was the obvious choice for this project."

"Everyone at Codex is excited to be involved in this ground-breaking endeavour," said Marc Dando, managing director of Codex. "Codex equipment has already been pushed to the limit during the testing process and now we get to support this project in space."

Codex presented with Canon's Excellence in Cinematography Award at ICG

Underscoring the robustness of Codex recording systems in entertainment production, Codex has received the Canon Award for Excellence in Cinematography Technology, from the International Cinematographers Guild (ICG). This special award was given on Friday 26th September as part of the ICG’s Emerging Cinematographer Awards (ECA).

The ceremony took place during the opening event for the ECAs, at the ASC Clubhouse in Hollywood, where Tim Smith from Canon presented Sarah Priestnall from Codex with the prestigious award. Smith made particular mention of Codex’s technical expertise and assistance with the space launch.

Codex's Onboard S recorders enable the Canon EOS C500 to capture 4K Cinema RAW at up to 120fps.