May you live in interesting times 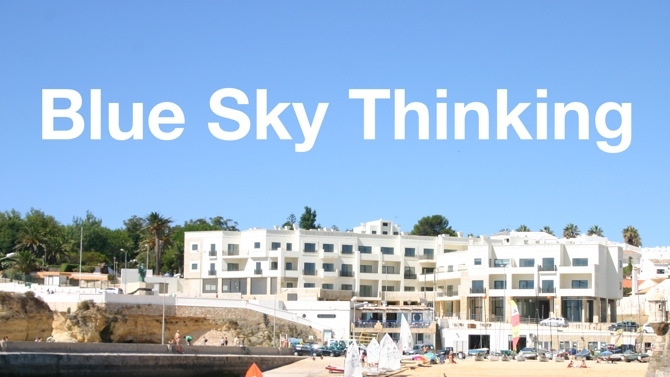 It doesn't matter which direction you look - Technology is changing the way we have to think about our work. Oliver Peters explains

We’ve clearly entered an era in this industry where disruption is the norm. Large scale camera sensors – typified by such diverse options as the RED One/Epic/Scarlet and the Canon 5D/7D/1D – have driven the production industry to more innovation than in decades past. Toss in JVC and you can see that 4K images, which were once a pipe dream, are within the grasp at any budget range. It’s not just for theatrical projection, but even at the YouTube level.

Thanks to Apple and Blackmagic Design, post has been equally touched. The release of Final Cut Pro X (coupled with the ending of the Final Cut Studio products) has splintered the industry in a way that no competitor could have achieved. Blackmagic’s decision to freely open DaVinci Resolve to any user, places a world-class color grading tool in the hands of more video pros than ever before.

Distribution models are also quickly changing, with much of traditional television becoming irrelevant. Granted it may still be around for many years, but innovative content creators ranging from Netflix to Glenn Beck to the Huffington Post are pursuing business models that leverage the power of the Internet. The traditional television network framework is being bypassed to bring content directly to the customer. These aren’t low-res Internet media files, but rather full-fledged 1080p streaming HD channels with a compression level not much different visually than what viewers experience on typical cable TV systems. Only time will tell whether this new model will become the norm and be financially successful.

A look at the future of editing

With so much change in the air, Apple gave the industry an incredible gift by forcing editors to re-evaluate just how editing software should be designed and who fits the definition of a “professional editor”. Software like FCP X and Lightworks Open Source lowers the bar of entry to becoming an editor in a very good way. There’s no replacement for “just doing it”. Having access to the tools once reserved for high-end productions expands the democratization of the post production segment. More people than ever are in a position to create entertainment and information programming with a quality level equal to the best. Only their talent and experience stands in the way.

The end result of this is that more users from varied backgrounds will shape the way our tools are designed. Modern NLEs have been built upon metaphors that mimic film and linear videotape workflows and technology that evolved from 1900 to 1980. Are those metaphors valid for young editors of today? These tools will become more diverse and at a lower cost, meaning that editors will no longer be tied to a single piece of software for all of their work. It’s “horses for courses”, much like the design and animation industry. There, artists frequently use multiple tools based on the type of project they are tackling. Likewise, editors will come to embrace a range of tools, depending on whether they need to cut a commercial, documentary, feature film or other type of production. Don’t get pinned down to having to work one and only one way. Maybe a trackless tool works best for some projects, while a track-based one is better for others. It’s hard to see which way the industry will turn for sure.

As a practitioner of the editorial arts, it will become increasingly important to be ambidextrous. Don’t get locked into a single software product. Rather – learn them all – and add value to your resume. Early film editors, after all, could cut film with a pair of scissors if they had to. Why should it be any different in this newest era of the digital age?