This is the most compelling film trailer we've ever seen 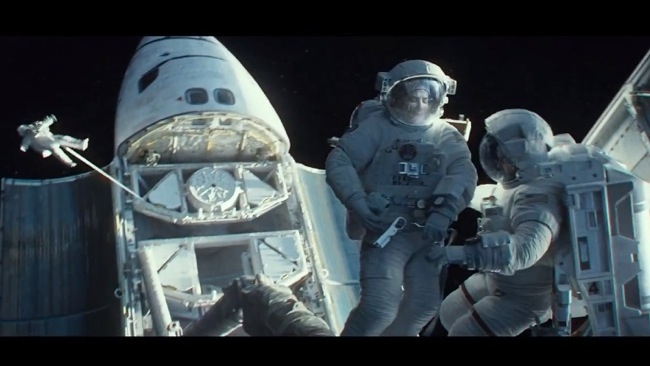 We couldn't resist bringing you this trailer for the film Gravity, starring Sandra Bullock and George Cloony. Directed by Alfonso Cuarón, this is quite simply the most breathtaking trailer we've ever seen

Naturally, there's some stunning CGI (we don't know this, but we're guessing this wasn't filmed in space) and some vertiginous camera moves, and after watching this, there's no option - you will have to see the film.

What's most striking about this opening sequence is that it is just part of a single, continuous shot. It's as if you're out there, spacewalking with them. And it's that immersive sense that makes it terrifying.

Cuarón doesn't rush his films out. His last one was Children of Men, in 2006. Knowing that, you can quite reasonably expect this to be a quality film, with fantastic visuals.  It opens in Venice at the Film Festival, on 28th August this year.

All CG work on this film was carried out at Framestore.

Thanks to RedShark reader Dragos Stefan for pointing this out. This is from Framestore's web entry about Gravity:

Oscar-nominated director Alfonso Cuarón's heart-pounding space thriller, Gravity, will open the Venice Film Festival ahead of its October 2013 release. The film, which stars George Clooney and Sandra Bullock, is Framestore's most ambitious project to date, with our own Tim Webber the film's overall VFX Supervisor.

"Bullock plays Dr. Ryan Stone, a brilliant medical engineer on her first shuttle mission, with veteran astronaut Matt Kowalsky (Clooney) in command of his last flight before retiring. But on a seemingly routine spacewalk, disaster strikes. The shuttle is destroyed, leaving Stone and Kowalsky completely alone - tethered to nothing but each other and spiraling out into the blackness.

The deafening silence tells them they have lost any link to Earth…and any chance for rescue. As fear turns to panic, every gulp of air eats away at what little oxygen is left. But the only way home may be to go further out into the terrifying expanse of space."