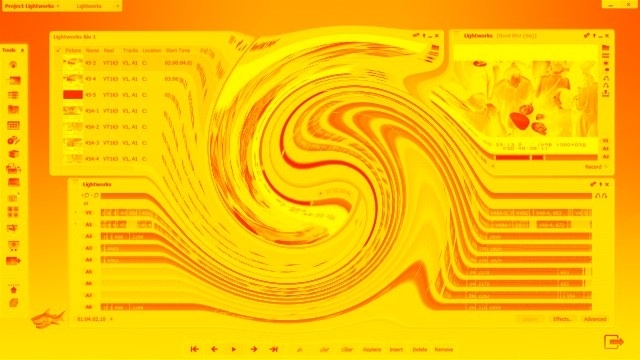 We’ve all been there. You’re working on the most important project of your career, and you’re about to collide head-on with your tightest ever deadline. And then, Something Nasty Happens (SNH).

You can’t plead with an SNH. You can’t reason with it. You can’t tell it: “Look, this is completely unreasonable of you,  doing this when I’ve got my career on the line”.

No. You either have to fix it yourself, or get help.

Actually, it’s not just Sod’s Law that makes things happen at the worst time. If you stop and think about it, it’s perhaps not all that surprising. The crucial job you’re working on might be just a bit bigger than the sort of thing you’d normally do, and if it’s a professional job, it will pay better (so you have more to lose!) and the timescales will be shorter and more rigid. These are the perfect conditions to tempt you into rushing something and they can easily lead you into making a small but significant mistake. If you'd rather avoid this, here are a few things that should just keep you from the edge of a complete disaster.

1. Buy a complete system from a specialist supplier

Tell the supplier exactly what you want the system for, and if it doesn’t work, they will have to put it right.

Do your research and take advice from people who’ve done it before, if you’d rather spend your time being creative than messing around with motherboards, drivers and different types of RAM.

Before you start work on a paying project, make sure you can actually do what you said you’d do! If you’ve got a deadline to deliver a stereoscopic Blu Ray with a 5.1 soundtrack, make sure you have the tools to do the job, and that they actually work in your setup. (Off topic: Make sure you know how to do it as well!)

Was it working before? Have you changed anything that could have caused the problem? If something was working and suddenly stopped, try to remember what you were doing at the time. Did it work until you installed some new software? Or a new I/O card? Have you just moved your computer, or plugged in a Firewire, USB or Thunderbolt cable? I’ve even seen computers “blue-screen” when I plugged in a simple S/PDIF cable (a digital audio cable): there was an external sync conflict that was badly handled by the I/O card driver.

Apart from hard disks, hardware failures are quite rare. If your computer hangs irrespective of what you are doing at the time, suspect a heat-related failure. You’ll probably find that the processor fan has seized up!

4. Don’t upgrade just before you start a new project (or worse - in the middle of one!)

And never use beta software just because it’s got the features you think you need for the next job. Beta software by definition can’t be relied on and if it goes wrong and trashes your project, there’s no-one to blame but you.

If you have a project that doesn’t seem to work properly, try starting a new, simpler one

If the new one appears to work with newly created data, try importing the data from the old project into the newer one. If the old data stops the new project working, then the chances are that the data is corrupt. If the old data works in the new project, then the old project may be corrupt, and you may be able to fix your problem by cutting and pasting the contents of the timeline from your old project into a new, blank one.

5. Be prepared to stay working with a system that you might think is out of date

It may work better than a newer and supposedly faster system. Let someone else find the bugs and conflicts.

6. Maybe the problem is outside your computer

Check your cables. There’s no point spending hours reinstalling your software if the problem is with a cable. The more a fault seems to defy logic, the more likely it is to be a cable problem. you can save hours of frustration by eliminating cable problems from your investigations at an early stage.

Leave around 20% free. All kinds of bizarre things can happen when your hard disks fill up, to say nothing of the performance hit this causes.

An active support forum will be populated by people who’ve had problems just like yours, who can probably get you going in no time. It’s free and it’s quick - and any help you’re given to solve your problem will remain to help others in the same dire situation.

Do it every time you’ve created something you’d hate to lose. If you’re doing any kind of professional work, your data may be worth more than your computer itself. When you save a project, save it in several places; maybe to a second hard drive or even a removable USB one. Don’t just overwrite the previously saved project - you may need to go back to it or an earlier one. If your project gets corrupted, then overwriting the earlier, valid project will leave you with nothing. Name your saved versions logically (“Project 1.1, Project 1.2 etc). If you do this, then regardless of what data-protection routines are (or are not) built into your software, you’’ll have the equivalent of an infinite, selective undo facility. Back these versions up to optical media or a USB stick. Make several copies. Keep one at a friend’s house and one in your car. And understand how to back up projects properly from each type of software you use. A project file is no good without the data it has to refer to in order to work.

Do a trial backup, and  - backups are useless without this - make sure you can restore from the backup. As far as is possible, don’t use older storage formats that you suspect might not be around in a year or two, or which might not be supported next time you upgrade your OS. If you’re using hard drives for backup, use new ones. Don’t just use any old drive that’s already been living on a shelf for six years - it will stop working just like light bulbs do.

Use cloud storage services. We’re some way off having being able to use these for our media files - they’re much to big - but for storing projects and metadata, or for still, graphics and logistical records, definitely use them. Dropbox is great and Google Drive offers good value.

If your system ever has to be sent away for repair, you’ll be glad it has a decent backup, because there’s no guarantee that your data will be there when the computer comes back.

If you’re a Lightworks or Lightworks Pro user, the software automatically saves everything, and makes a backup in the background. This is obviously a timesaver, but you’ll still need to make backups of your backups for complete safety!

If you’re a Lightworks or Lightworks Pro user, the software automatically saves everything, and makes a backup in the background. This is obviously a timesaver, but you’ll still need to make backups of your backups for complete safety!