Tourbox: The control surface you can use for anything?

Review: The Tourbox is a new type of portable control surface that can be adapted to any software. Let's see how it performs!

We don’t usually cover crowdfunded things, at least until there’s more than a CG render of the intended product. That means that a lot of crowdfunded things never get covered, because many of them don’t ever get beyond the CG render stage. One that did is TourBox, a project to create the little multifunction desktop controller whose image appears at the top of this article, and yes, the rubberised coating makes it look a bit like a render. It is, however, a real one that we have on loan.

There are a lot of USB control surfaces in the world and picking a favourite is a very personal thing. The crowdfunding campaign for TourBox shows that just over 1800 Kickstarter backers pledged $159,549 toward the development and manufacturing of the device. It was launched on the Japanese crowdfunding site Makuake at the end of last year and is doing nicely at the time of writing, with 38 million yen (nearly 350,000 US dollars) pledged. Backers could initially get one for US$89 (though those pledges are long past tense), though it’s now on the UK Amazon for £181, which seems a little more ambitious; that provokes us to expect quality throughout. 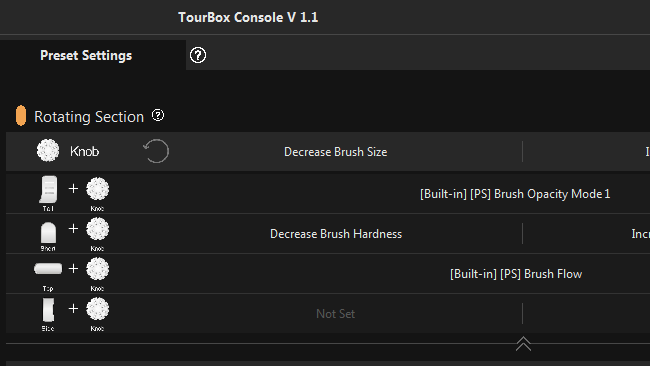 The send-a-keystroke approach is basic but simple and effective

It seems directly intended for photographers retouching or artists drawing with a stylus in one hand and TourBox in the other. The device comes with presets for Lightroom and Photoshop which are targeted at the sort of things that some tablets don’t control, or at least optionally don’t. The various rocker- and push-switches and rotary controls are scattered around usefully enough, although the success of the layout really depends on the use case. If it fails anywhere it’s that the large protruding rotary encoder at the centre of the device feels flimsy. The promotional photos show it being carried unprotected in a backpack and that’s hard to recommend. That one control feels like a £50 device, not a £180 device. Otherwise, the build is good; the matte rubber coating is pleasing enough and it has enough weight (probably from ballast) that it sits stably on its four rubber feet and doesn’t scoot around too much. 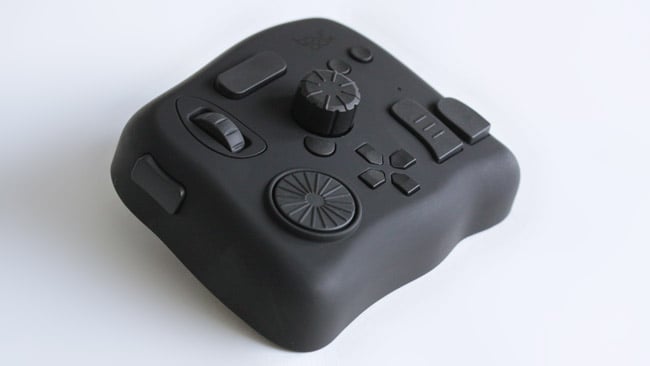 There are left- and right-handed versions available

Really, though, the software is what defines how useful it is. Happily, the TourBox Console application, reviewed at v1.1, is pretty good; presets for various pieces of software appear at the top left and it’s possible to assign any keystroke to any of the controls. There’s also a HUD feature that puts a persistent transparent preview on screen, indicating which controls do what, though this is the sort of thing that ought to become muscle memory for most people in fairly short order. The only glitch is that the list of buttons and knobs includes a name for each that is too small to really read; still, mousing over each of them highlights that control on a graphical representation of the controller itself. 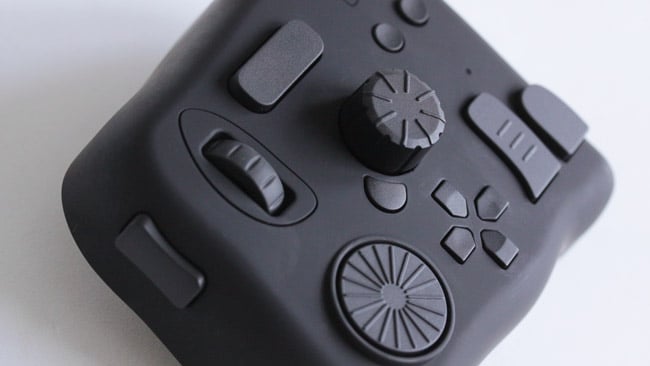 With the exception of a slightly flimsy-feeling central rotary controller, the build is solid

It interacts with software by simulating keystrokes, which is a very direct way to work. This does mean that knocking a TourBox control can end up inserting characters into a word document (like this: [[]]]]) but it also means that the device is intrinsically compatible with more or less anything that can be controlled with key commands, which is more or less anything. The Photoshop-oriented setup makes the directional pad arrows into keys which select various brush tools, which doesn’t really have much to do with the directional physical layout of the keys, but at some point you can put any arrangement of buttons you want on something like this and you can make it do anything you want. 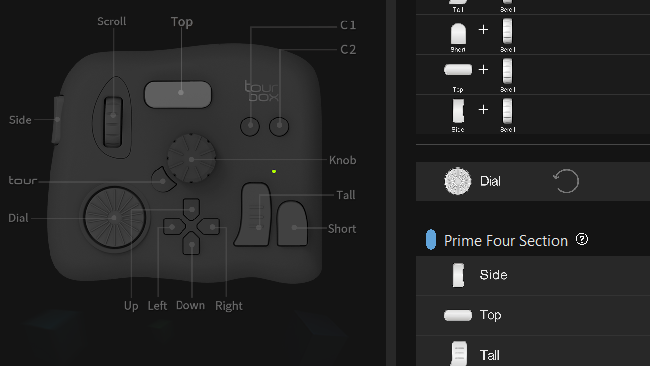 It’s tricky to summarise something like this because control interfaces are very personal. It is very much built for people using graphics tablets and will likely work very nicely for them; pen in one hand, TourBox in the other. Ultimately it’s about whether any user happens to find the layout of it useful, which is really in the gift of the individual. In short, it’s a successful crowdfunding project that does what it sets out to do. The keyboard-emulation approach is basic, in the good sense, meaning it works with anything and it’s small enough to be portable. It would be no surprise to see these attached to laptops running anything from Resolve to Blender to Reaper. About the only upgrade we could ask for is some sort of illumination; it’d be a retooling and add significantly to cost, but the black controls on a black panel would vanish in a dark studio or DIT tent. 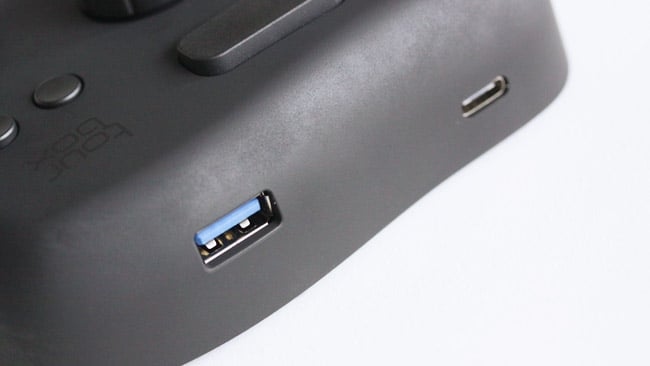 Although there are both Type A and C connectors, the UI suggests connecting the type C

It’d be easy to recommend a try-before-you-buy on something like this, though it’s not clear whether TourBox is available at retail anywhere. In the end, it’s likely to be worth a look if you’re the sort of person whose muscle memory prefers physical controls over keyboard shortcuts.

Our review sample was supplied by Ikan.