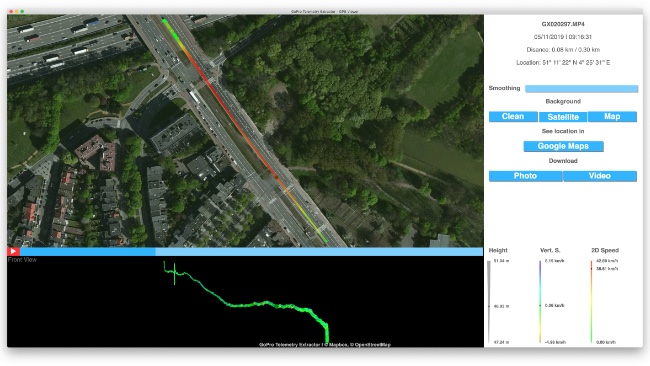 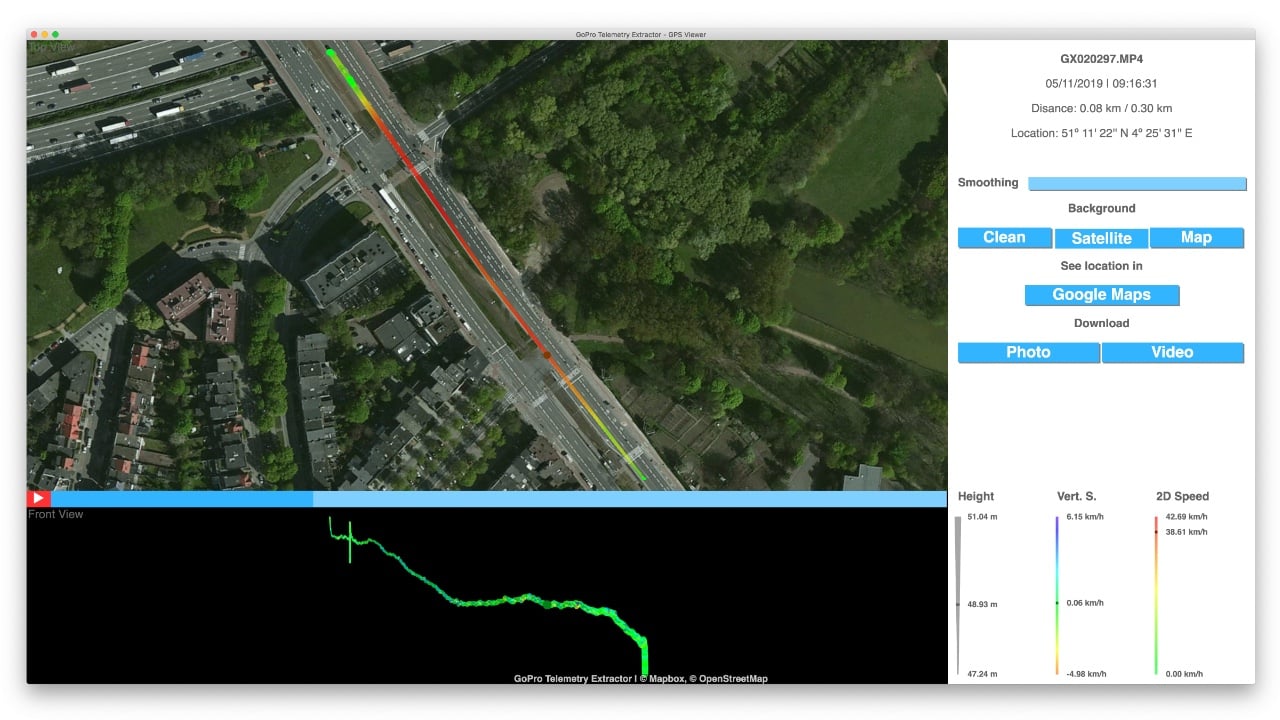 Review: Telemetry data in cameras could be very useful indeed. Most cameras cannot record this data, but there's one that can, and this app allows you to access it all.

With a HERO8, as with previous GoPro action cams, GPS and other metadata are recorded with the movie you shoot and embedded in the resulting MP4 files. A few years ago, GoPro added the ability to add this telemetric data to its editing app in the form of gauges that you can choose to show as overlays on the resulting movie, but you can’t extract the metadata and use it as you wish from within their app. Unless you buy software like GoPro Telemetry Extractor Premium, which allows you to do pretty much anything you want with a HERO’s metadata.

Telemetry data can be useful — or fun or exciting — with movies of car races, paragliding, flying an airplane, climbing a mountain, sailing the seven seas… The opportunities are endless and so are the output formats with GTE.

There’s a free version of the GoPro Telemetry Extractor (GTE) app, but it doesn’t offer all the goodies that come with the paid app, so this review covers the paid version. The GTE Premium app extracts all of the metadata that is available with any current GoPro model, including sensor, GPS and other data the camera generates. It allows you to extract data from multiple cameras simultaneously, merges the data when it’s appropriate — for example when GoPro splits up very long videos into multiple files — and optimises it for the output file format you desire. It outputs to After Effects (mgJSON), GPS Exchange Format (GPX), Comma Separated Values (CSV), JavaScript Object Notation (JSON), Keyhole Markup Language (KML), GeoJSON and the Virb Edit type of GPX. All that costs $299, but, for the time being, at least, the developer is selling the app for $149.

The After Effects format is probably the easiest way to create animated visualisations that can contain almost any data stream. In addition, the developer has designed and sells his own designed After Effects templates for telemetry overlays and gauges. Other formats like JSON, for example, can be used to display data streams on a web page. The KML format is used to display geographic data in many programs, including Google Earth. 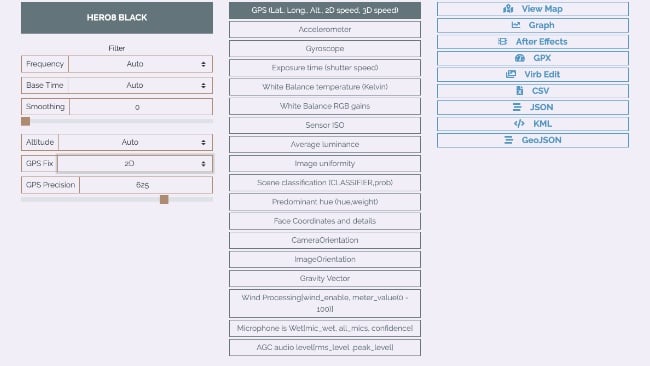 The GoPro Telemetry Extractor Premium interface is simple and straightforward

The GTE app is very simple to operate. You drag a file to the app, wait until it’s been parsed, click on one of the data categories and subsequently on the output format. With a HERO8, you can choose to see/output a dazzling array of categories, including GPS, accelerometer, gyroscope, exposure time, ISO, gravity vector, wind processing, microphone data, etc, etc.

You can filter data on frequency, time, smoothing, altitude, etc. Frequency, for example, can be useful if you want to display telemetry data using a static gauge turned dynamic by keyframe-animation in your NLE. As GTE allows you to create a data point per frame, you can associate data points with frames on the timeline. Admittedly, that would prove to be a very tedious and time-consuming job. The alternative would be to either dive into scripting or subscribe to Adobe After Effects and use the JSON file GTE exports for you and which automatically “programs” the animation synchronised with the video. 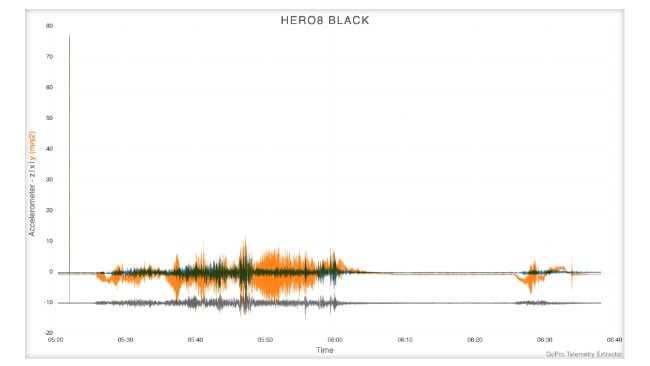 Data plotted from the HERO8 accelerometer

If you want to view the data instead of exporting it, that’s possible too: there’s a graph format that’s usable with any data and a map view for GPS data. A very nice touch is that most graphs offer On/Off switches for specific data on any axis and the ability to save the graph as a PNG image for instant use in a document or on a webpage — or in your video as static information. 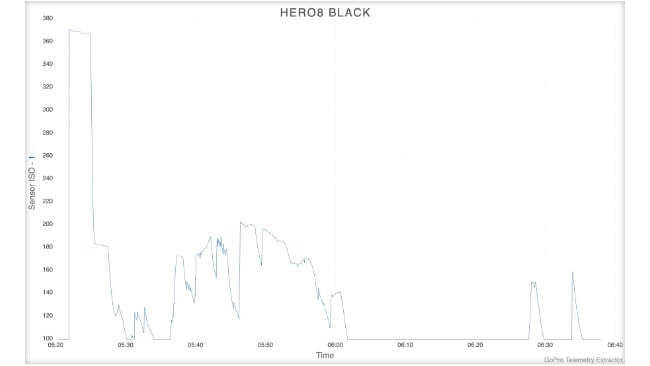 The GPS view offers a video — that can, of course, be started and stopped — of your trajectory overlaid on a white background, a satellite or map view. You can also see a location when you stop the video on Google Maps. And again, a very nice touch is that you can download a frame as an image or the whole video of the GPS trajectory with or without background and a few gauges as an HTML5 video (Webm), which you can convert to MP4 or something else with ffWorks or another conversion app.

In short, even if you don’t know how to script variable data into an animation that runs synchronised with your movie or you don’t have After Effects, GTE makes it as easy as pie to use GoPro’s telemetry in your video.