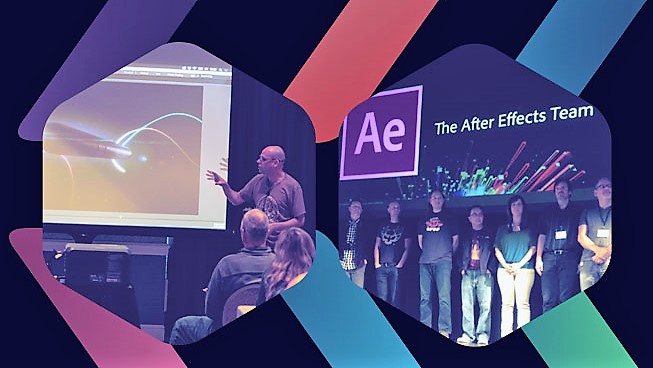 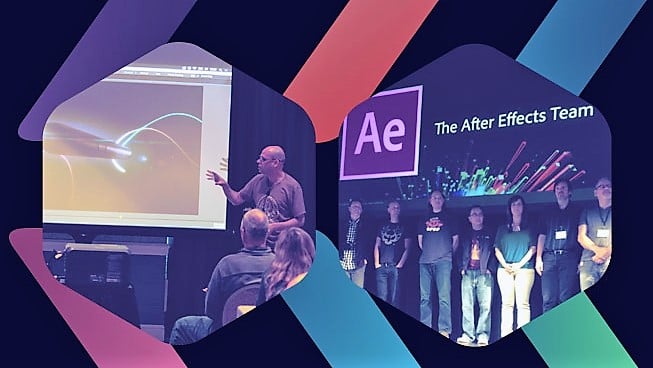 It's essentially a get-together of people who use After Effects, with some star speakers bringing their knowledge and expertise from large and small productions, and it's organised in conjunction with Adobe.

Here are some presentations we like the look of - but this is just our choice after a first-glance: they're all good! Don't be put off by technical sounding names

This is a look at the practicalities of setting up routines to automatically generate media that is derived from a master template. It's pretty technical, but it will allow you to "create project files that flow like a domino effect".

Intro to Expressions by Zack Lovatt

On a related note to the first one (above). This is a look into writing "expressions" - a way of scripting animations within After Effects.

"We'll walk through setting up a simple effects stack rig to grant easy, fast control over a lot of similar elements all at once..."

This one will be popular. Animated Typefaces seem de rigeur these days.

"An animated hand-drawn font sounds like an amazing idea until you realize your client needs four different variations of the title sequence in two languages. I'll walk you through my process creating animated fonts and discuss important lessons I learned while working on the title sequence for the Netflix movie Next Gen".