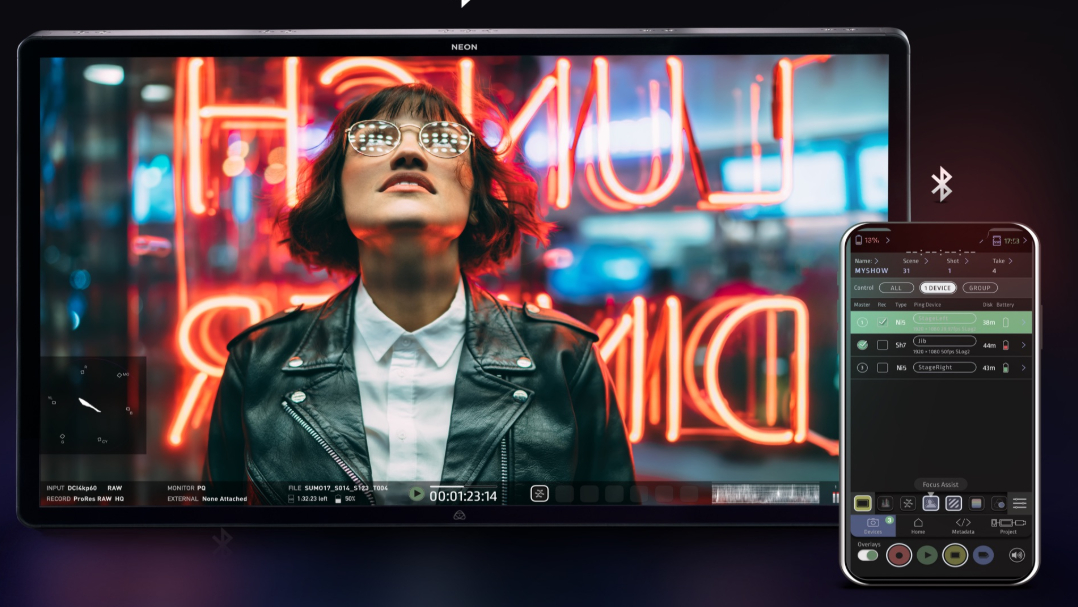 These are strange times. Expect the unexpected. And here's today's surprise: the first 8K recording device from Atomos

So, there are some big announcements today. Most of them from Apple.  But here's one we definitely weren't expecting: it's the first 8K product from Atomos.

Just a few days ago, we had our first look at the new Atomos Neon HDR monitors. They're a range of larger HDR displays with professional specifications, controllable segmented backlighting, and built-in ProRes Raw capable recorders. The controllable backlighting leads to a contrast ratio of a million to one.

These are priced well above what we've come to expect from Atomos but are premium products that solve specific problems within the HDR workflow. In the context of other professional HDR monitors, they're well priced. You can't compare them with domestic TVs, which, in any case, can't record and playback ProRes Raw.

To extend the useful life of the Neons, Atomos has chosen to make the "brains" of the devices upgradable, with a swappable unit (essentially a Ninja 5 without a screen) that can be upgraded for future developments. This part of the Neon is called the Master Control Unit by Atomos.

And the first of these future developments is an 8K MCU that will be available "in 2019".

It's important to note that the 8K MCU doesn't increase the resolution of the screens, but it will enable recording and playback of 8K ProRes Raw which will, presumably, be scaled to the native 4K resolution of the Neons.

What's possibly more interesting here is that if the 8K MCU has the same relationship to Atomos' recorder products as the 4K MCU has to (for example) Atomos' Ninja 5, then what we have here could presumably the the first of a range of 8K recording products. And given Atomos' close relationships with well-known camera manufacturers, this might signal the arrival this year of new 8K cameras. This line from Atomos' press release was interesting: "... we've once again collaborated with camera and computer ecosystem partners to deliver ProRes Raw at 8K resolution..."

And remember: moving from 4K recording to 8K isn't just a firmware upgrade. It needs new hardware with four times the processing power, four times the storage, and four times the bandwidth. Whichever way you look at it, this is a pretty big deal.

It's almost as if this announcement is a glimpse into a future world of 8K cameras and recorders. The 8K MCU for Neons is pretty cool in itself, but what it hints at is a dramatic leap towards 8K being the production norm.