Final Cut Pro is really, really good. And so is everything else. 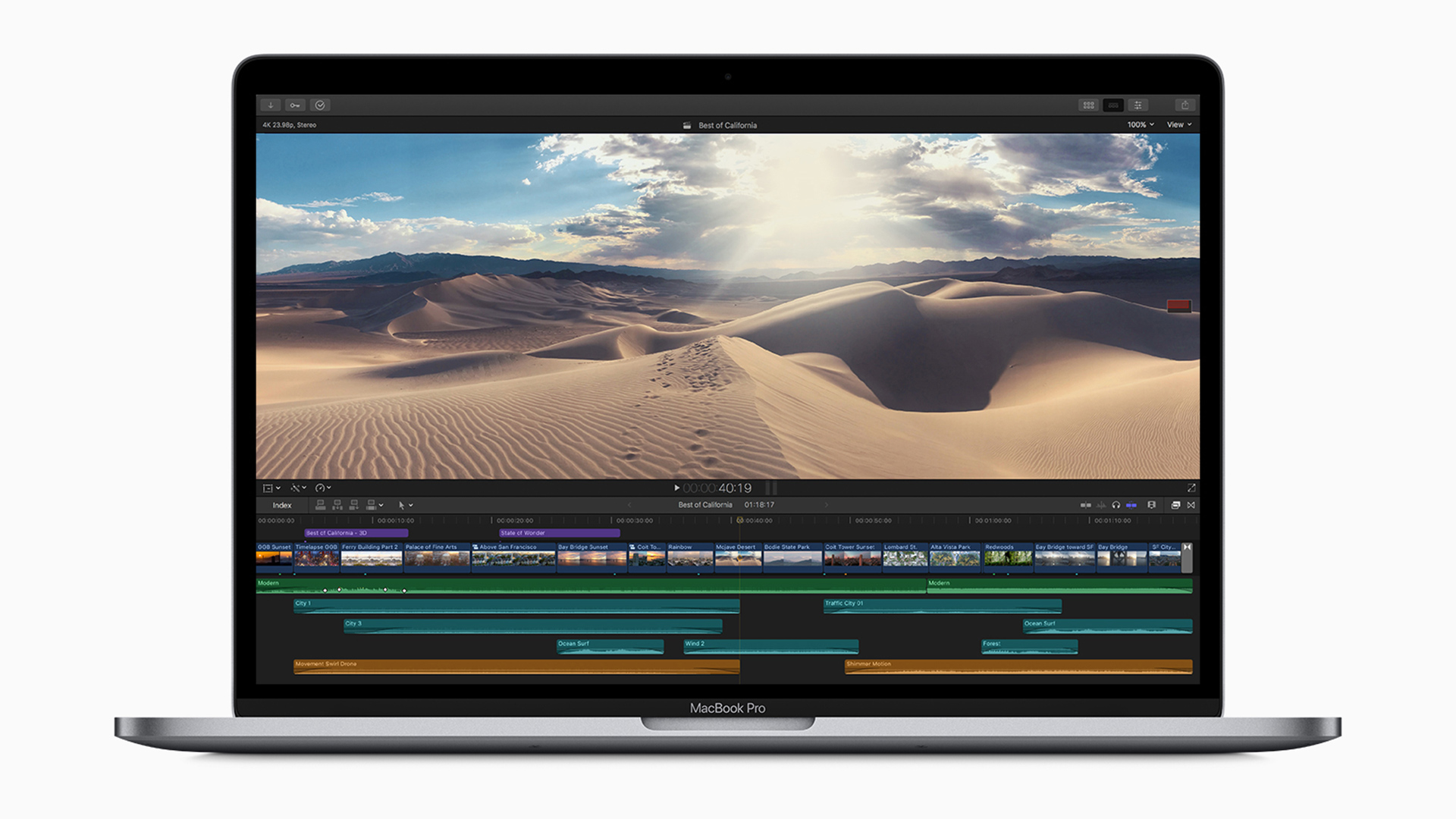 Everything seems to be tribal these days. From politics to opinions about NLEs to computer platforms. To everyone’s relief, I’m not going to talk about politics.

I’m a magazine editor. So I’m supposed to understand stuff quickly. In a typical day I have to have (seemingly) intelligent conversations with journalists, product managers, CEOs and filmmakers. Often about products that are new to me and which I have to “get” quickly. It’s up to me to decide what gets published and you can’t make decisions like that without being able to take new stuff on board very fast.

I also get to see feedback on our articles, in comments and in letters to editor@redsharknews.com. There are certain subjects that make those channels very busy.

Just one example: every time we publish an article about Apple, we get tons of comments. And it’s perfectly OK for people to say what they think. A lot of it is factual. You can’t argue with someone who says he or she really liked floppy disks and was annoyed when Apple stopped supporting them. (I know that’s going back a bit). Same thing with all the ports you used to get on a MacBook Pro. Now it’s just USB C.

I can see how that’s annoying for some. (Even for me, sometimes). But does it make Apple a bad company? Does it mean that the MacBook maker “hates” its professional buyers?

Or does it just mean that Apple has decided earlier than most to take a path that is inevitable anyway. The whole point about USB C is that it is a unified connection for everything that goes in and comes out of a computer. I like that. It’s cool. It’s something I would want. It’s always inconvenient when you have to use adaptors. But USB C dongles and docks work well, and I’m all for slimmer computers that don’t need all those bulky legacy ports.

Did you see what I did there? No, I'm not some hopelessly sycophantic Mac Fanboy. I'm actually being objective. You may or may not like the idea, but slimmer computers are good, unless you think having a fatter computer is objectively better, and having all connections on a wire that's no bigger than a shoelace? What is there even to justify?

The tribalism works itself into a messy frenzy when you start talking about NLEs. My view is that there isn't a bad one. What's out there is called "a choice".

There may absolutely be features and characteristics of this or that NLE that you don't like. But that doesn't make it a bad NLE: it's just bad for you.

But can you honestly say that there's any NLE available today that can't do the basic - and most of the advanced - tasks that are essential for video editors? There isn't. This is again objectively true.

I'm not a Final Cut expert, but whenever I've used it, it seems really good. There are a few new paradigms to learn, but nothing that's too hard, and when you do re-organise your brain around them, they can be excellent. A different way to handle Media management, for example, is not something you can get used to in a few minutes, because it takes a new approach. But if you commit to it from the start, it can be incredibly useful.

I think there's more going on here. First, I don't know anyone in the business who doesn't think the launch of FCP X in 2011 could have been handled better. But that was eight years ago. That's an epoch in computer timescales. Today, FCP is undeniably a powerful NLE and it's clearly much better than the original. It's moved forward, painfully for some, but it's now a thoroughly modern NLE that runs very efficiently on even a small Macbook.

I'm assuming that's because the whole technology stack is owned and optimised by Apple, in a way that less vertically-integrated products can't be.

That doesn't stop other NLEs being efficient: Resolve from Blackmagic has had tenfold increases in speed in the last couple of years.

As the editor of RedShark, I deliberately use PCs and Macs. I used PCs all my life until twelve years ago, when I moved to Macs. But for the last two years, I've had a mixture of computer platforms in my working life. When I'm mobile, I have Macs, but my main work computer, under my desk, is a PC. It forces me to use Windows. At first, it was a struggle, but I'm pretty comfortable with it. It works very well for me. Honestly, I still have a preference for Macs, but if pressed, I would admit that it's more to do with Aesthetics than anything else, although I use Logic Pro for music stuff, and that only runs on a Mac.

But what I don't do is get angry with Mac or PC users because they're using this platform or that. It's up to them. I don't get angry with Microsoft or Apple because of the choices they've made. Both are excellent operating systems. I guess I'm going to tend to choose Macs because I like them, but there are some great PC products out there.

Maybe you think this is all a bit naive. Maybe I'm trying to gloss over some important differences. Maybe I'm being a bit glib.

I don't think I am. But if I'm wrong about any of this, I'd love you to tell me why.

UPDATE: I'm writing this here rather than in the comments because the comments are the perfect illustration of what I was saying in this article. What's happned to debate and discussion? Why does everything have to be so ad-hominem (an argument based on a person rather than facts)? Why is everything black or white?

The factors you consider when you make a choice are numerous and nuanced. But nothng is hidden. There are no conspiracies at the point you make this decision. It's OK to change your mind.

All of this is good. Because it means that no one and no organisation is forcing the choices that you make.