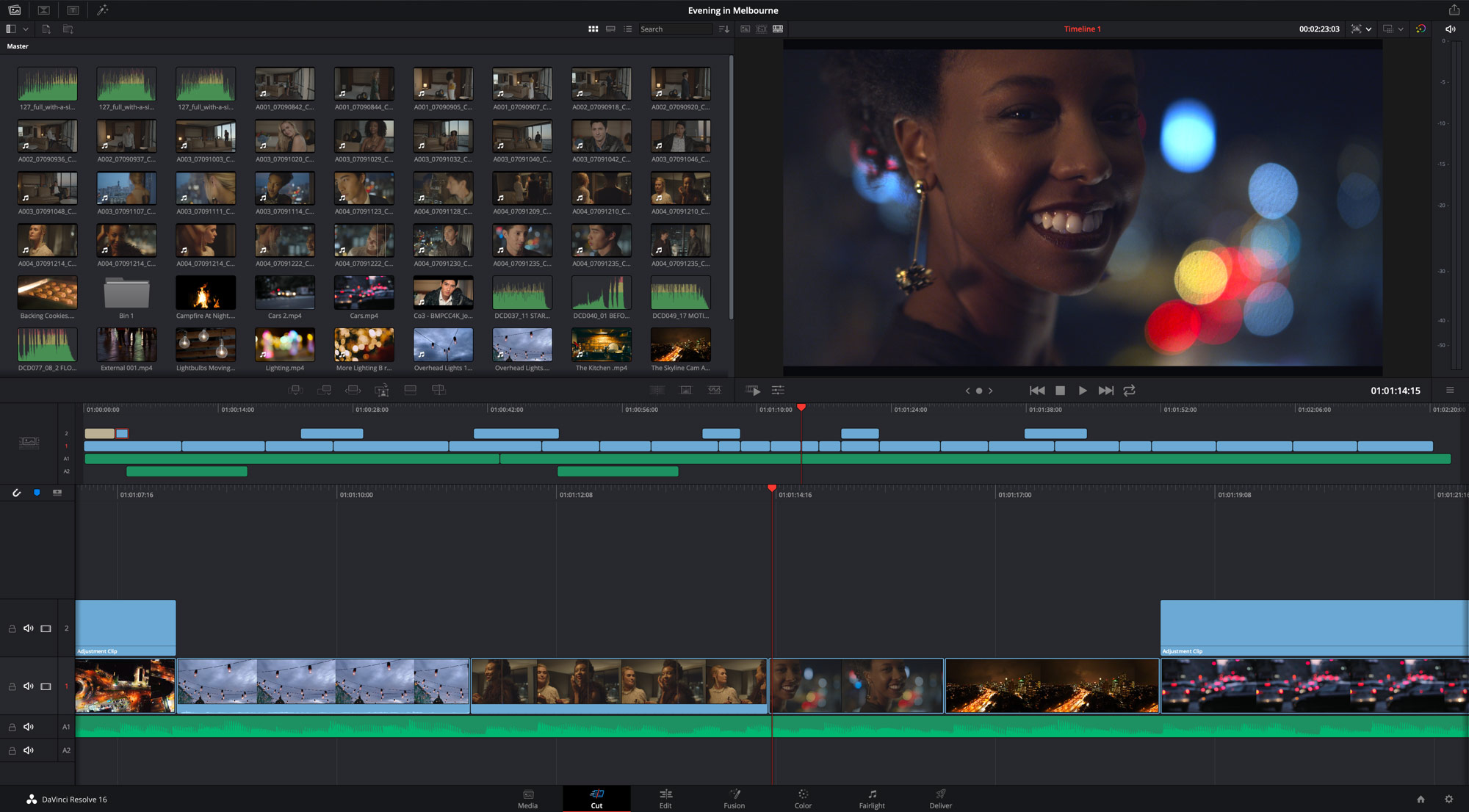 This is year ten of Blackmagic’s ownership of Resolve. It’s arguably the company’s most important product. A lot has happened in that time, both to Resolve and the company.

In that timespan, it has developed a range of cameras that can make images comparable with some of the best devices in the world.

Almost without pausing for breath, Blackmagic now has a range of 8K devices. (No cameras yet, but the scene is set.

But it would be a mistake to think of the Melbourne company as a conveyor belt that keeps bringing out new products. Behind all of this, there’s a strategy: a deep one.

And that is that you give people what they ask for. When you’ve given them that, you see where you can take the product next. Customers end up happy, and it makes the products better.

Resolve is already one of the most comprehensively functional software applications. It avoids being bloated by dynamically linking everything with everything else. Which means that if you make a change in the audio editor, it will appear on the timeline of the video editor. If you make something in Fusion, you can grade it without moving anything.

And it this sense of coherence that has enabled Blackmagic to take a dramatic turn in Resolve’s editing capabilities, with the new “Cut” editing page. 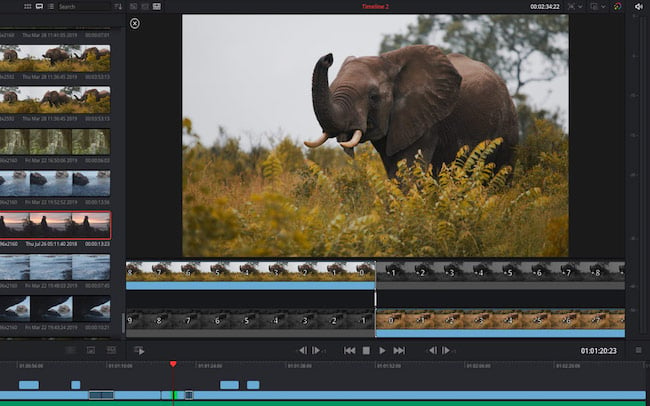 Over the last ten years, the critical thing for Blackmagic is that it wanted to retain its position as the software of choice for Hollywood. It has achieved that. Last year’s two hottest films, Bohemian Rhapsody and A Star Is Born were graded with Resolve.

But as you add capability, you take the risk of making it harder to use. Even though it means that you can work with increasingly extreme accuracy and control, it all has an impact on the speed of operation.

Blackmagic wanted to tackle this head-on, with an approach that is explained by the idea that you don’t need a Formula One car to go to the shops.

The new Cut Page doesn’t replace the existing editor. Instead, it’s a recognition of the fact that not all editors work in the same way. Blackmagic has studied how people edit. Its approach has been to consider some of the processes that you’d have, say, in a manufacturing environment. You’d eliminate parts of the process that are unnecessary or pointless. (Perhaps at some time in the past, they might not have been pointless, but a combination of new features means that you could get rid of them if only the application could be reworked).

Now at this point you can almost sense the reaction to this news from existing Resolve editing professionals. How could they do this? All that time spend learning. All that muscle memory.

But it’s OK. The existing editor is still there, in its entirety. It hasn’t changed. Instead, it’s dynamically linked to the new Cut Page. So the two editing modes are completely interchangeable. Nothing has been lost, but there’s everything to gain.

And one more thing: there’s hardware to accompany the new Cut Page. It’s a dedicated keyboard with additional controls to jog, shuttle, enter timecode, switch modes, and generally to enable the editor to use both hands, rather than a single one (on the mouse). 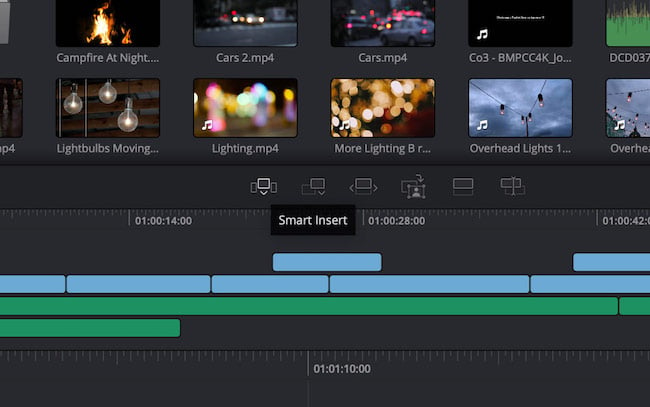 The new page looks simple and elegant. But it’s not dumbed down. If anything, it’s the opposite, because it’s so efficient. It even uses AI. I have to admit I was skeptical when I heard this. But here’s one example: with traditional editors, it’s often hard to work around the area of a cut. Let’s say you want to grab the end of a clip to trim it. You have to be precise or you’ll miss the exact cut point. Or, if you have “snap” turned on, you might want to do something close to the cut, but you can’t get there because the “snap” function pulls you away. It’s little things like this, that happen hundreds of times per day, that reduces efficiency and add stress. In the new editing page, an AI system monitors your mouse movements and pretty accurately “guesses” what you want to do. I saw it in action and it seems to work well.

Everywhere you look there are big and small touches that speed things up. For me, one of the biggest would be that there are two timelines permenantly in view. One always shows the whole timeline. The other shows a zoomed-in view. Having them both available all the time means that your situational awareness is immensely enhanced. There are simple tools to move around the project and it’s quick and elegant. 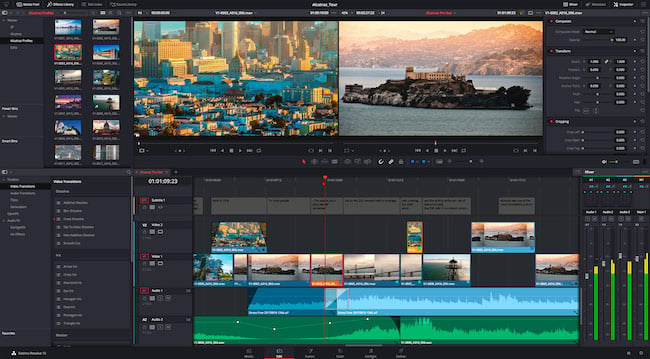 The hardware console looks purposeful and elegant. It would be so easy to make it look like the cockpit of a 1940s cargo plane, but Blackmagic has resisted that temptation. It’s very closely integrated with the software and while some would say that it’s a move by Blackmagic to increase their margins on Resolve sales, it is undoubtedly a massive and worthwhile addition.

As I was watching a demo of Resolve’s new Cut Page, I couldn’t help noticing a growing feeling that this was the way I wanted to edit. I haven’t done much editing in recent years because I’m so busy with RedShark, but this made me want to start doing it again. Apparently I wasn’t the only one to have said this.

Multiply this across the globe, and this could be a pivotal point in the timeline the history of NLEs.

The software we saw was a Beta version and it is available for download now.