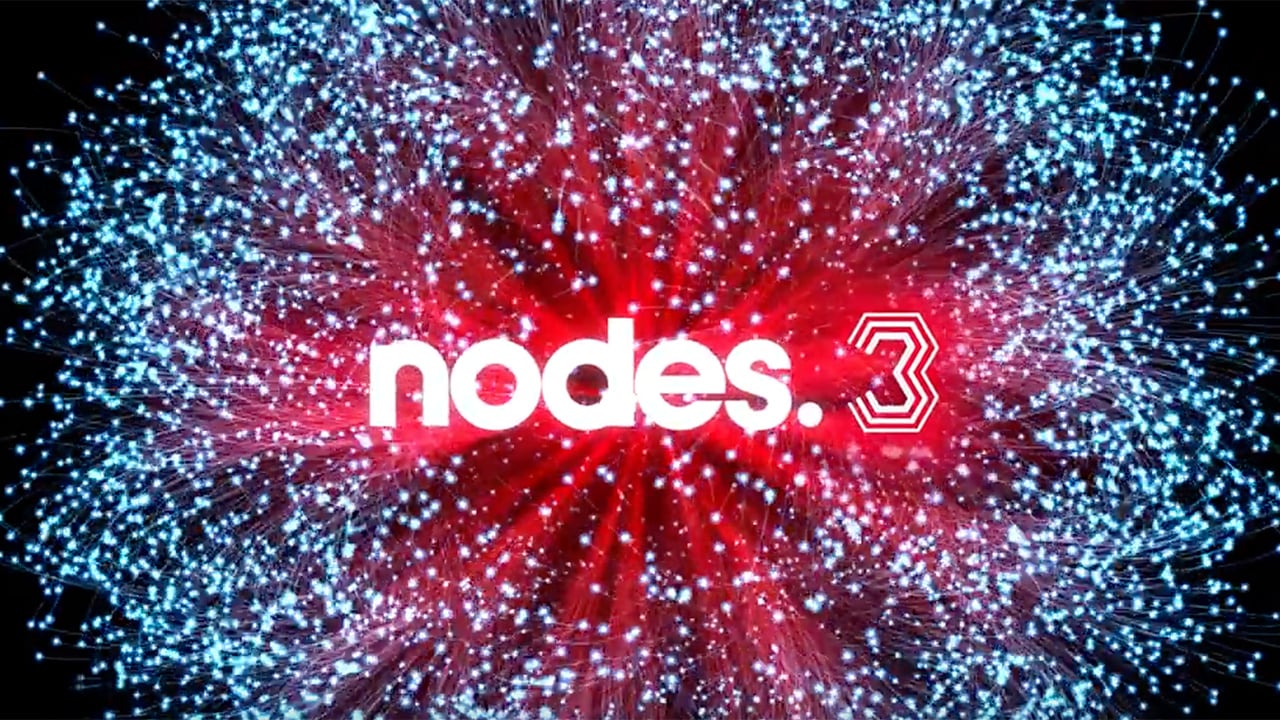 Review: Yanbox's Nodes has been used on some major feature films in its time, and now it has received a big overhaul with Nodes 3. Erik Vlietinck takes a look.

Special effects like HUDs (Head Up Displays), graphs that move and text that floats through ballooning organic forms: Yanobox’s Nodes can do it all. The FxFactory plug-in for After Effects, Final Cut Pro X, Premiere Pro and Motion has become an industry standard and has been used in movies like The Avengers, Rise of the Planet of the Apes and Earth to Echo. Nodes 3 is the latest version of this generator and it has received a complete overhaul.

The first thing you’ll notice about Nodes 3 is that it is faster than its predecessor. The second thing is that Yanobox has made working with Nodes a lot easier by providing a dazzling array of 300 presets that include animated HUD elements and complete replication/animation models for you to experiment with. For people who are not yet wizards with 3D animation apps like Cinema 4D or Maya, the abundance of presets is a godsend. Having said that, if you want to create something really special like the humanoid on Yanobox’s website, you still need 3D drawing skills. 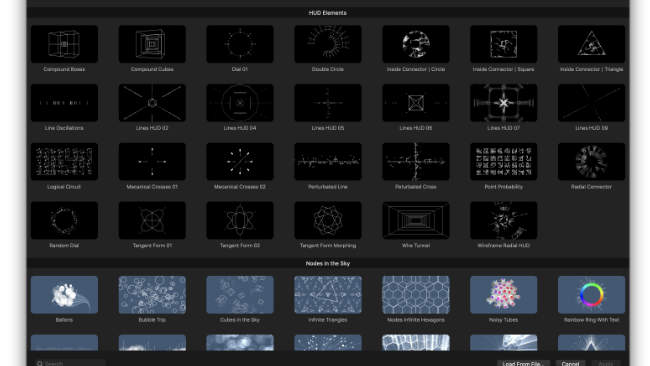 The preset browser is home of 300 presets, most of which are animated.

Nodes always natively supported the After Effects Camera. In fact, if you want to make the most out of it, you’ll want to use it with Adobe’s industry-standard app. In both After Effects and Motion, however, you can layer effects to create sophisticated 3D compositions with multiple instances of Nodes. With previous versions this would slow down Motion – which is what I tried it with – to the speed of a snail, but with Nodes 3 I could make a complete, animated fake HUD across six layers and the app still rendered in 4K high-quality mode at full speed – all courtesy the GPU-accelerated 3D environment and the rendering engine now supporting 200,000 particles.

Nodes’ Form parameter now allows you to create triangles, squares, hexagons and other shapes with any number of sides. You can then subdivide each side with any number of points and extrude the forms with lines or assemble them into grids. Speaking of which, the grid form now provides row and column offsets and a gap parameter that allows you to create interesting patterns. When animated, you can quickly create a travel-through-space look or something like a dancing DNA sequence with it.

Nodes 3’s animation module has been upgraded to four effects slots and 40 parameter destinations. That allows for much more diverse animation modes. 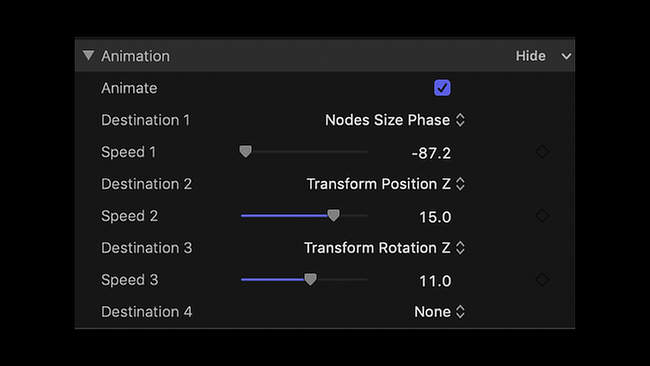 The Animation capabilities have been expanded with plenty of parameters and four animation slots.

Other, perhaps less obvious, improvements include the ability to achieve orbital motion by setting a rotation point of origin, adjusting the global scene to quickly view the whole scene, and fine-tuning the colour distribution of the Color Modes with a Gap parameter that results in more colour variations. 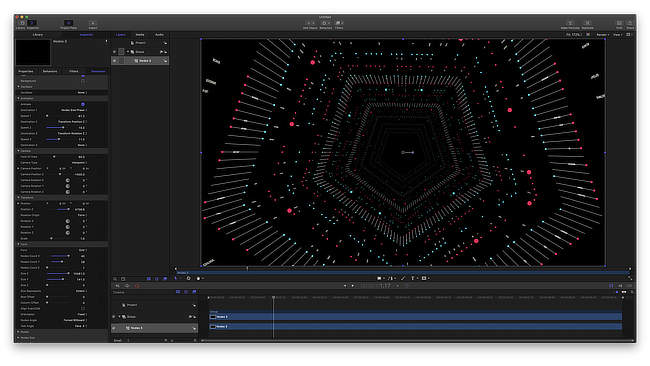 You can create orbiting multi-side objects easily. Feel like flying through space in a hexagon, anyone?

For really complicated compositions, 3D artists can import their creations as OBJ models and sequences into Nodes 3 from applications like Cinema 4D. The app also has a new effect that replicates connected graphics and animates scenes onto other geometries. It allows you, for example, to create a hexagon of lines that spins together with and around a 3D hexagon.

Another new feature that opens up a lot of creative possibilities is the ability to extract nodes from footage. This feature is available from the Form group and uses the luminance of the footage to extract the nodes. You can use both videos and images. You can designate the component that will define the extraction – whether that be RGB, the alpha channel or luminance – set a resolution, a threshold and size, select to get the nodes in the colours of the image and have the node size defined by their corresponding image brightness. The results of playing with this feature can be quite spectacular!

Other worthwhile new features include the capability to randomly hide or reveal nodes, text, lines or replicas with separate probability parameters and create stroked forms with the new Close Path option – which only becomes visible when you select the Serial option from the Connection Method drop-down. The upgrade rounds off with an option to constrain random connections to any axis or to avoid diagonals – an option which is available with the Random connection method. Finally, you can also apply a background colour or set it to transparent.

Yanobox Nodes is available for $299.