How do you choose a monitor for colour grading? 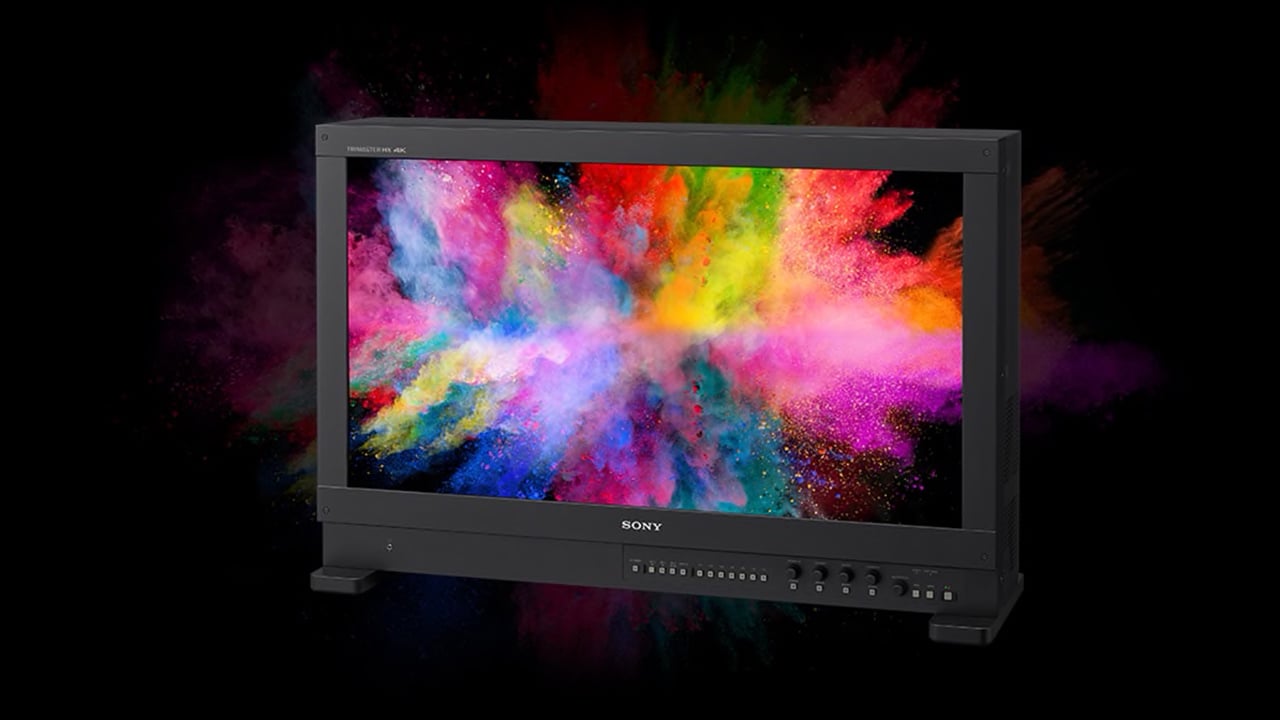 What are your options for grading monitors, for every type of budget? Phil Rhodes gives us the run down of the best options, some of which, miraculously, won't involve you needing to take out a second mortgage.

When Sony showed the new BVM-HX310 at IBC, right next to their flagship BVM-X300, a lot of people were hoping that it would solve a problem. The X300 is excellent, but it's just too expensive for many of the places it should really be used. Would the HX310 be more affordable? Would it sacrifice a lot for affordability? It turns out the answer to both is “not really”. A five-minute eyeball reveals some very small differences between the two, but they’re very subtle. To achieve that, however, the HX310 is likely to be almost as expensive as the X300.

There are alternatives to suit people at varying budget levels, but there's a need for a disclaimer: various kinds of work have varying criteria for acceptability, and the overwhelming majority of monitoring applications don't require 2 delta E of colour and brightness precision. A feature film might not look identical on a computer monitor and in the cinema, but it will often look acceptable, and everyone will get paid. If people are going to do this – and they are – then it's desirable that it's done as well as possible.

With all this in mind, we're going to look at 4K monitoring options. Let's start at the top.

Sony isn't the only company to offer a 4K mastering display in the 30-inch range. There's the TVLogic LUM-310R, Eizo CG3145 and Flanders Scientific XM310K. The difference is that they're all TFT-LCD displays rather than OLEDs, meaning that they need backlight control to achieve HDR performance. The LUM-310R, for instance, has what the company describes as “2000+” backlight zones. This works, although the usual caveat with zoned backlights is that there can be a subtle glow around the edge of very bright objects. Some panels manage individual pixel backlight control, perhaps best viewed as a monochrome LCD attached to the back of a colour one. It's exotic technology and the results are barely cheaper than the big Sony OLED, but they may be brighter and a bit longer-lived while approaching the same contrast performance and without the glow. 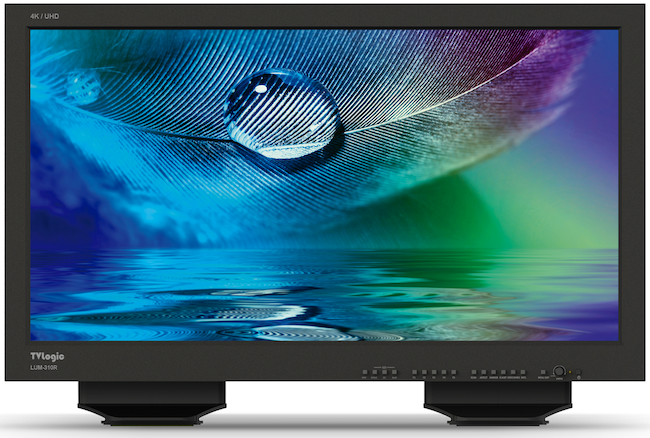 If there's a problem, it's that pictures viewed on these high-end displays may look closer to a standard than anything else, but they may not look like the pictures people eventually see. This quickly becomes a matter of opinion: should we target the displays people actually have, or should we target the standard? The latter makes more sense, so that things look reasonable, no matter what future display technology becomes available, but people regularly put LUTs into monitors that raise the black level a bit so nobody's surprised by the way it looks on a less capable display. 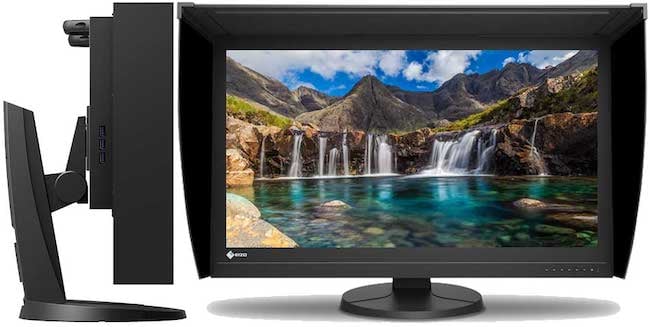 Let's move down a notch – several notches – in fact. There is a large variety of broadcast monitors, including HD OLEDs, between the tens-of-thousands and several-thousand range. Once we get down below 5000 or so, it's possible to pick up something like a Sony PVM-A170B, which is a little 17-inch HD OLED. For 4K, though, we'll need to start reaching for computer monitors. Eizo does well again with their CG318 which we have discussed before. There are essentially no 4K OLEDs at this price, though read to the end for more on that. 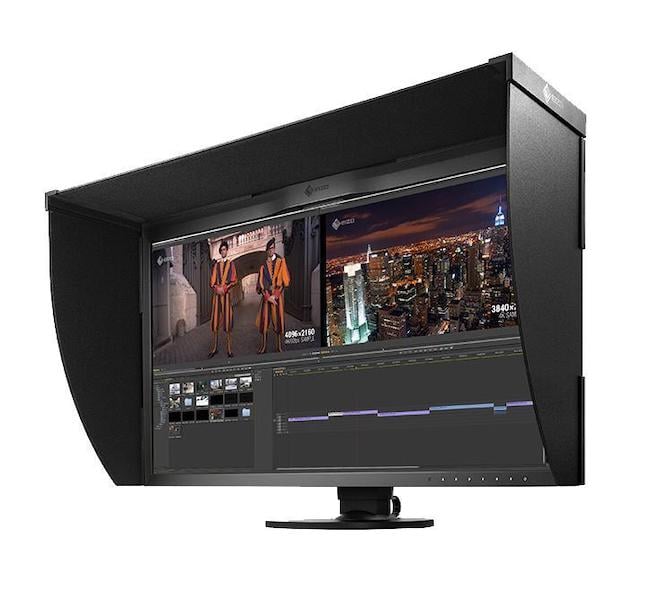 The CG318 tests well, though, and moreover it includes a built-in hardware calibration device which motors neatly out on a servo-actuated arm from the bottom of the frame. There's nothing stopping anyone using conventional calibration gear, but the built-in option potentially saves a fortune in equipment and software. Come down another notch in price, to about $1500, and we discover the BenQ PV3200PT, which lacks the Rec. 2020 and DCI-P3 modes but does include Rec. 709, which is unusual on something that's essentially a computer monitor. The BenQ monitor comes with the company's calibration software but does require an external probe. 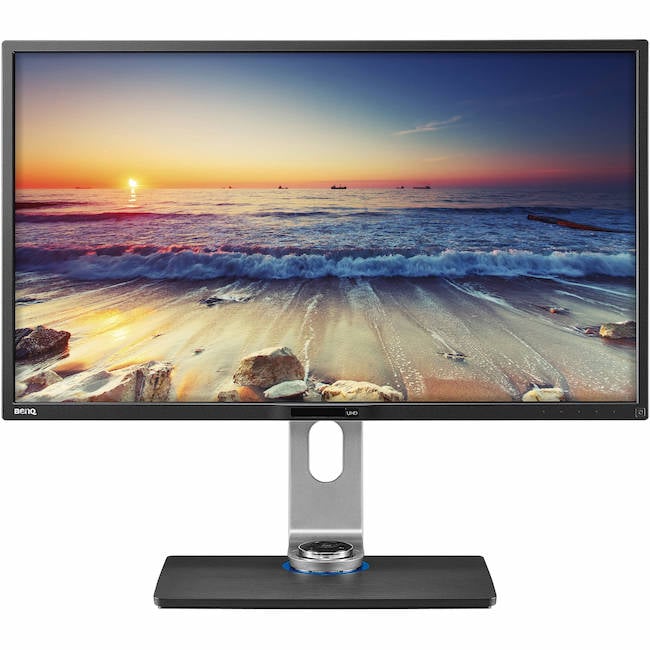 How accurate a built-in probe can be, or how accurate software can be if it uses a modest number of test patches, is an open question, but it's probably better than nothing and saves serious money. Other monitors in this sort of price range, size and resolution include the upcoming LG 32UK950-W (with only a 3840-wide panel but DCI-P3 colour) and various items in HP's Dreamcolor range, especially the Z31X with its full 4K resolution, HDMI 2.0 and 99% of DCI-P3. As assessed by eyeball, the Z31X has quite a nice contrast performance. HP has involved Technicolor in their colour technology and received a scientific and engineering Academy Award for the results.

The very lowest prices bring us into the realm of computer monitors made for office work and gaming, some of which may achieve usability with calibration but which may also suffer significant gamut limitations and viewing angle concerns; it's hard to recommend it, but it can probably be done with care.

But hang on. Aren't there people making huge, 55-inch OLED displays for just a few thousand? LG's domestic TVs are being quite widely used as client displays in even the highest-end grading suites. While they're sold as ready-for-HDR material, there are concerns that the peak brightness is achieved by using a white-emitting OLED subpixel and that the very brightest parts of the image are therefore rather desaturated. The general impression seems to be that they're very reasonable for standard dynamic range work, but that anyone doing critical HDR work on them needs to be aware of the shortcomings.

As I say, that's a general impression, but it's a material fact that several high-end companies making high-end post production gear for high-end clients routinely demonstrate their capabilities using big 55-inch OLED TVs at places like NAB. That's a circumstance under which some of the best-qualified eyes in the world will be looking critically at pictures, and that things ought to be got right.

Which is interesting. The first Google result for “LG OLED” reveals that the 55” B8 revision currently sells at retail for £1500.