Blender: Jack of all trades, but in a good way! 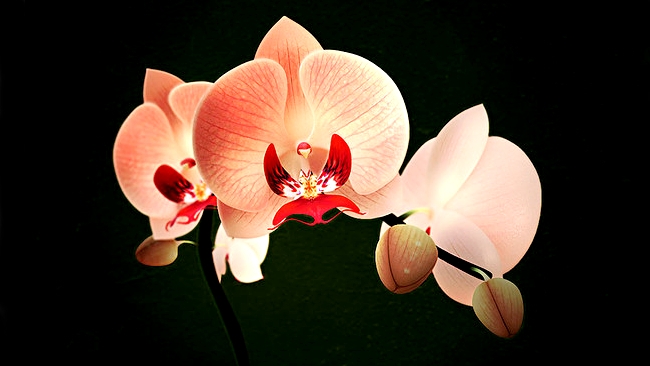 Anyone working with digital tools today has a wide choice of applications for specialized tasks. An office suite consists of a program for writing text, one for spreadsheets, presentations, a database etc. For a VFX workflow you might use a tool for tracking, one for compositing, one for editing, various tools for simulations and specialized applications for modelling, sculpting, texturing and animation. RedShark contributor and Blender expert Gottfried Hoffmann reports

But it hasn't always like this. When computer software was still in it's infancy, the usual business model of software vendors was to build one giant "jack of all trades application. This kind of software does not really exist anymore, and there is a good reason for it: Those programs could do everything but never really good at anything. By the beginning of the 90s the specialized tools had already taken over.

Yet there is one example today that still follows that old design idea: Blender! What we know today as Blender began in 1995 as a re-write of the in-house software of the Dutch animation studio NeoGeo. In 1996 the animation program already had a video for video and animation sequences. Integration of a game engine followed in the same year.

When Blender became open source in 2002, a feature-spree started. It seemed like the open source development model fit perfectly with a software that longed to be a swiss army knife for small studios. Among others the following features have been added since then:iImage painting, 3D texture painting, sculpting, various simulation tools, compositing, motion tracking (camera- and object), masking and thus rotoscoping.

Ain't that a little much?

Two years ago I asked a professor at a school for film and animation about his opinion on Blender. He did not know the software so I started describing it by its features. His answer was simply: Ain't that a little much? I was not prepared for that kind of response, but it made me think and today my answer to that question would be: No, it's not too much; it's totally fine. Actually to have all that in one place is the main reason for freelancers and small studios to use Blender.

Everyone has come across bloated and sluggish software, so the fear that feature-load has a negative impact is well-founded. Yet after downloading the roughly 40 Mbytes, and installing and starting Blender for the first time, this fear should be at least partially alleviated as the welcome screen and rest of the interface pop up almost instantly. Regarding the interface there is also little to be afraid of since all parts are well-encapsulated. That means if you don't want to create games you will never come across the game-engine-interface. Same goes for video editing, motion tracking etc. Just because something is integrated in Blender doesn't mean you will be confronted with it. In use the program doesn't feel bloated. The question that remains is: What's so good about it?

When many different programs are used on a project, data will have to be exchanged between applications. Depending on the mixture of programs used this can easily lead to issues, even when you're working completely alone. I've witnessed the level of stress and anger that can arise from this often enough. When everything is handled by the same program these kinds of problems simply don't arise, which makes the everyday work less painful and sometimes also faster.

When using Blender for the first time, the learning curve is really steep. But once the general concepts are internalized, getting into new areas becomes more and more easy since they all share the same UI and the usage of the sub-components is often quite similar. One example is the general shortcuts like moving (G), scaling (S) or setting a transformation axis (X,Y,Z) that are always the same across all domains.

Also, when doing animation you will always encounter the same editor. Another example is the usage of nodes for both creating shaders for Cycles render engine and for compositing. In the future the concept of nodes is planned to be applied to particle simulations and game logic as well.

But be warned: The all-in-one-concept only provides benefits if multiple parts are used. That's because the entire workflow is not set around common concepts you're likely to know from other software  but around the Blender user. Someone who only wants to use the video sequence editor will have to learn quite a few new concepts while someone who has already been using other parts of the software will feel comfortable with the  controls right away.

Putting the pieces together

One of the greatest strengths of Blender is the possibility of combining the various features. The Video Sequence Editor for example can also be used for lip-syncing in 3D scenes and the compositor in combination with the animation system and Python drivers becomes a handy tool for motion graphics comparable to After Effects. The extensive customizability of the Blender interface helps a lot in this respect.

One of the most striking usages of Blender I have encountered was by some students who needed a car-chasing scene in an animation. Instead of animating the cars by hand they used the Blender game engine and created a small mini-game. Then they drove the car chase live until they where satisfied and recorded the result to a normal animation.

Just because Blender has everything incorporated into one package does not mean that it's perfect at everything. Actually the opposite is true. The Blender compositor is not as advanced as nuke, the sculpting system is lagging behind with Zbrush and for editing images Photoshop has way more features. I could go on. Yet still I hear from many sources that having the basic tools all in one place often means less time and effort. The target demographic of Blender is a freelancer who works in a small studio where he usually fills several positions at once. This is the type of user who will benefit most from Blender.

Here's a short film that was built with Blender