Off The Tracks: FCP X, for all its brilliance, has always been divisive. It still is, according to Roland Denning 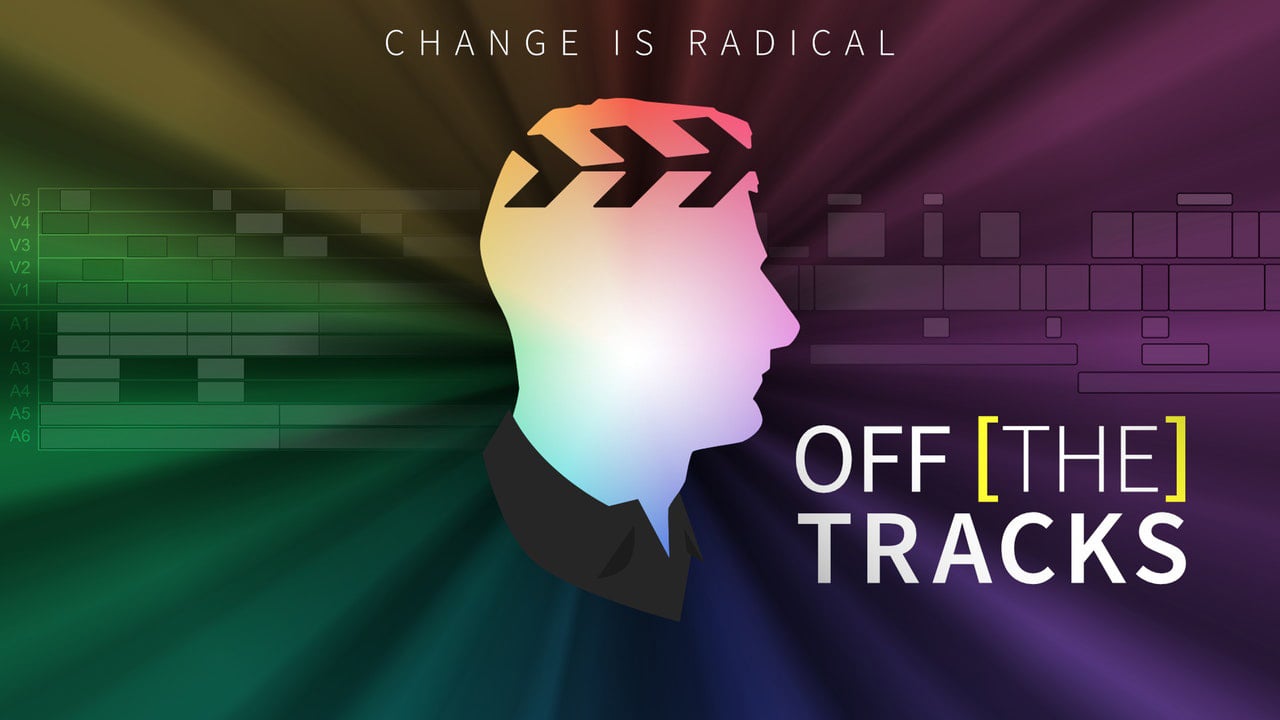 A feature documentary dedicated to an editing programme is about as niche as you can get. And this is not a training programme or (ostensibly) a promotional film, but a serious, well-made documentary which treats its subject as dramatically as if it were a major political revolution… just what’s going on here?

Apple introduced Final Cut Pro X in 2011. Those who were deeply involved in using Final Cut Pro 7 (the last version of the ‘old’ Final Cut Pro, first introduced in 1999) might understand the potential for drama. A widely used and much loved editing programme, revolutionary in many ways, replaced by totally different, incompatible and perversely cheaper programme that many took a instant dislike to, raising emotions to almost Brexit levels.

I was one of those traditional Final Cut Pro users. We cut our feature documentary Mirage Men on it. And we all hated Final Cut X when it arrived. For younger readers, perhaps I should give some background to this trauma.  In the 1990s, non-linear editing programmes, led by Avid and Lightworks, were spreading throughout the industry. Originally, they were strictly off-line products – online editing would be completed in a traditional tape suite – but, by the end of the 90s, NLEs like Media 100 were beginning to appear with the ability to edit, complete and deliver your project on one, (relatively) inexpensive system. Media 100 had a very good quality analogue-to-digital convertor (pro cameras were still predominantly analogue at this point) with simple but flaky software. Apple’s Final Cut Pro came along at just the right time: DV cameras were being used increasingly for professional as well as amateur use. This meant that through FireWire ports (which Sony called iLink) on camera and computer digital footage could be ingested directly. No additional hardware necessary.

Like many Apple products, it was not the first of its kind, but the first of its kind done really well. At $999, it was a fraction of the price of an Avid system, and FCP became an increasingly sophisticated NLE suite. For a while, it seemed to be the first editing system that could be found in the home, in colleges and in broadcast edit suites – the nearest thing we’ve ever had to a universal editing system (as long as you existed in a Mac universe). Then Apple turned that all upside down with FCPX.

The story told in Off The Tracks is a simple, linear one: FCPX was, and is, a ground-breaking programme. People resist it because they resist change, they are stuck in their habits and can’t see just how truly wonderful FCPX is. To say the interviewees, almost exclusively those who are in the FCPX industry providing training, software plug-ins or editing services, are partisan would be an understatement: they are disciples.

To put my cards on the table: I actually like FCPX. On the Mac it is by far the slickest and fastest editing programme. It is also, still, very frustrating at times. The majority of experienced editors I work with have a love-hate relationship with it; almost all prefer the more traditional interface of Premiere, Avid or, increasingly, Da Vinci Resolve. What is missing in Off The Tracks are the dissenting voices.

Stuck in the mud

Off The Tracks continually cast those who resisted or opposed FCPX as stuck-in-the-mud conservatives. But facility houses are conservative by necessity; their clients have certain expectations and, crucially, all the various systems and devices they use have to interface and work smoothly with each other. Apple is great at telling their user-base, ‘you  might not realise it now, but you’re not going to need that floppy disc drive/CD drive/Firewire/USB port in the near future so we are going to get rid of it now – you’ll thank us soon’. But that doesn’t really work for a facility house.

When Apple introduced FCPX and cancelled support for FCP7 many companies found that their Apple systems were no longer usable for day-to-day work. What was worse, FCPX was not backwards compatible with FCP 7. One of the interviewees in Off The Tracks gleefully announces, ‘well, we should be looking to the future, not looking back at the past’ which might be fine for him, but not for an editing facility that needs to access the work they have done for a client over the last few years to update it or include it in future programmes. Apple did do a lot with the next few releases to help FCPX work better in a high-end context but they will never lose that first impression made in 2011: Apple aren’t really that interested in the broadcast/commercial facility base.

I’m sure Apple’s decision made a lot of commercial sense; the ‘professional’ market is much wider and deeper than the traditional model of broadcaster and production facility. Many professionals now work on their own and work from home and FCPX suits them just fine. In fact, in Off The Tracks the accusation that FCPX is really ‘iMovie Pro’ was taken as a compliment rather than an insult; its great that the consumer can move up from iMovie to a NLE as great as FCPX. Power to the people!

I take issue with Off The Tracks on another aspect of FCPX; contributors continually tell us how intuitive and easy to use FCPX is. Well, in some ways, yes. In other ways, FCPX’s ‘magnetic timeline’ is simply a pain.  It uses a notion of a primary ‘storyline’ and subsidiary storylines which just does not fit every type of project (and, just to confuse everyone, it calls timelines ‘projects’ and projects ‘libraries’).  It may be intuitive on simple edits but on complex projects it can be powerful but it’s far from intuitive. I’m sure all FCPX users have their examples of simple procedures that can end up weirdly complicated on FCPX. If I am editing a simple programme fast, on a laptop on a train or even in the back of the car, FCPX is great. Anything more complex I find myself resorting to Premiere or Resolve. Experienced FCPX users may insist I am too stuck in my ways, but Off The Tracks does not offer the chance for any dissenting opinions.

If you’ve read this far you’re probably involved enough in the subject to want to watch Off The Tracks.  It is, as I said, a well-made doc with nice moody music and archive cutaways to liven it up, sometimes a little too literally (when an interviewee uses a metaphor of ‘burning down your house’, do we really need a shot of… you’ve guessed it). It finishes with a rather over-the-top celebration of grass-roots filmmaking as a liberating and enriching experience for the world, thanks to the power of Final Cut X. When what you hoped was a debate ends up as a piece of evangelism there is a certain sinking feeling in the pit of the stomach.

Anyway, if you follow this link you can watch Off The Tracks online for three bucks. You can watch the trailer here. I’d like to hear what you think.