Need to create effects In FCP X as easily as a painting app? CoreMelt's PaintX could be your answer 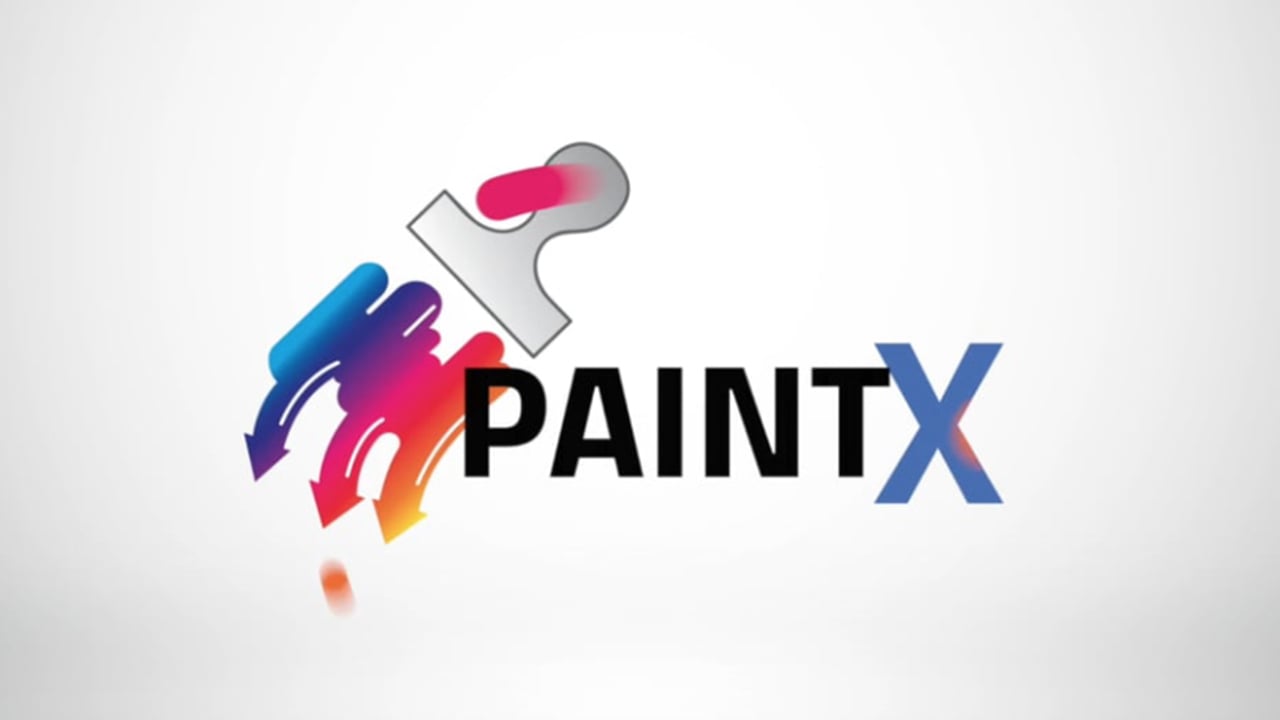 When Apple launched Final Cut Pro X, it was with a decidedly simplified set of video effects. This was enhanced by the easy ability for users to create their own custom effects, using Apple Motion as a development platform. The result has been an entirely new ecosystem of low-cost, high-quality video effects. As attractive as that is, truly advanced visual effects still require knowledgeable plug-in developers who are able to work within the FCPX and macOS architecture in order to produce more powerful tools. For example, other built-in visual effects tools, such as Avid Media Composer’s Intraframe Paint or the Fusion page in DaVinci Resolve, simply aren’t within the scope of FCPX, nor what users can create on their own through Motion templates.

To fill that need, developers like CoreMelt have been designing a range of advanced visual effects tools for the Final Cut Pro market, including effects for tracking, colour correction, stabilisation, and more. Their newest release is PaintX, which adds a set of Photoshop-style tools to Final Cut Pro X. As with many of CoreMelt’s other offerings, PaintX includes planar tracking, thanks to the licensing of Mocha tracking technology.

To start, drop the PaintX effect onto a clip and then launch the custom interface. PaintX requires a better control layout than the standard FCPX user interface has been designed for. Once inside the PaintX interface window, you have a choice of ten brush functions, including paint colour, change colour, blur, smear, sharpen, warp, clone, add noise, heal, and erase. These functions cover a range of needs, from simple wire removal to beauty enhancements and even pseudo-horror makeup effects. You have control over brush size, softness, aspect ratio, angle, and opacity. The various brushes also have specific controls for their related functions, such as the blur range for the blur brush. Effects are applied in layers and actions. Each stroke is an action and both remain editable. If you aren’t the most precise artist, then the erase brush comes in handy. Did you colour a bit too far outside of the lines? Simply use the erase brush on that layer and trim back your excess. 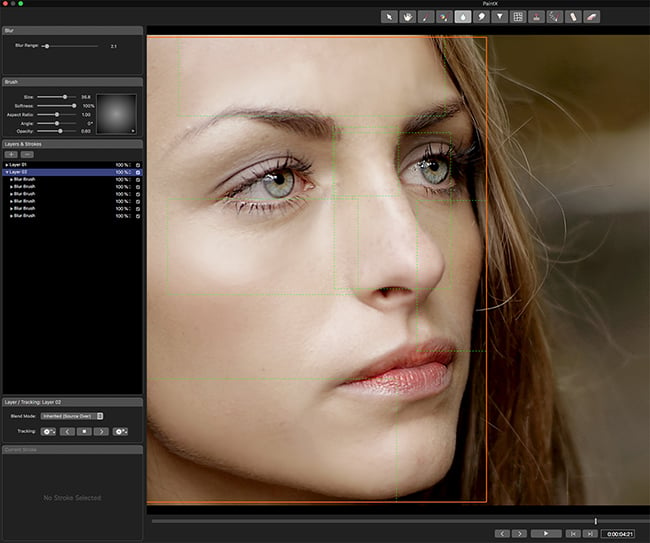 Beauty pass being marked out 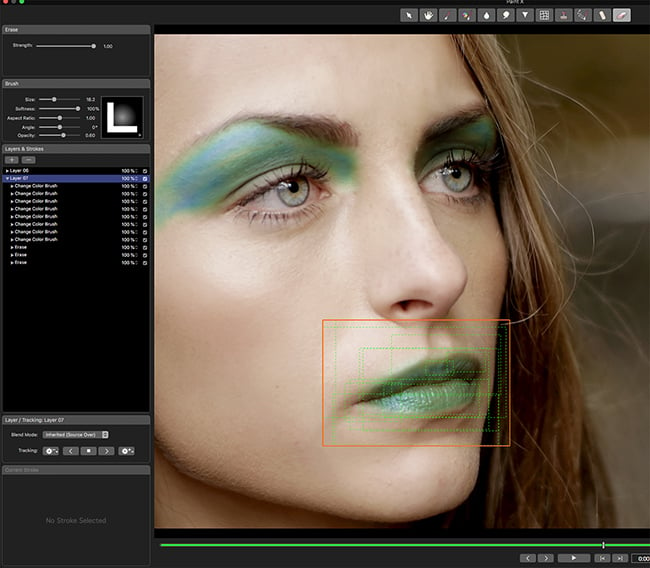 Make-up pass being marked out and tracked

Multiple brush effects can be applied to the same or different areas within the image, simply by adding a new layer for each effect. Once you’ve applied the first paint stroke, an additional brush control panel opens - allowing you to edit the brush parameters after the fact. So, if your brush size was too large or not soft enough, simply alter those settings without the need to redo the effect. Each effect can be individually tracked in either direction. The Mocha tracker offers additional features, such as transform (scale/position) versus perspective tracking, along with the ability to copy and paste tracking data between brush layers.

As a Final Cut Pro X effect, PaintX works within the standard video pipeline. If you applied colour correction upstream of your PaintX filter, then that grade is visible within the PaintX interface. But if the colour correction is applied downstream of the PaintX effect, you won’t see it when you open the PaintX interface. However, that correction will still be uniformly applied to the clip, including the areas altered within the PaintX effect. If you’ve “punched into” a 4K clip on an HD timeline, when you open PaintX, you’ll still see the full 4K frame. Finally, you have additional FCPX control over the opacity and mix of the applied PaintX filter.

I found PaintX to be well-behaved even on a modest Mac, like my three-year-old laptop. However, if you don’t have a beefy Mac, keep the effect simple. The more brush effects that you apply and track in a single clip, the slower the real-time response will become, especially on underpowered machines. These effects are GPU-intensive and paint strokes are really a particle system. Therefore, simple, single-layer effects are the easiest on the machine. But, if you intend to do more complex effects like blurs and sharpens in multiple layers, then you will really want one of the more powerful Macs. Playback response is generally better, once you’ve saved the effect and exit back to Final Cut. I did run into one minor issue with the clone brush on a single isolated clip while using a 2013 Mac Pro. CoreMelt told me there have been a few early bugs with certain GPUs and is looking into the anomaly I discovered. That model, in particular, has been notorious for GPU issues with video effects. 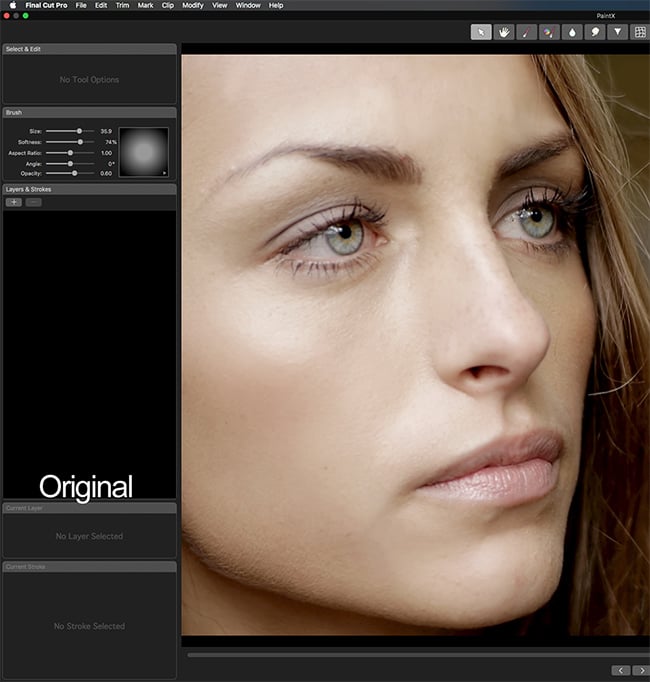 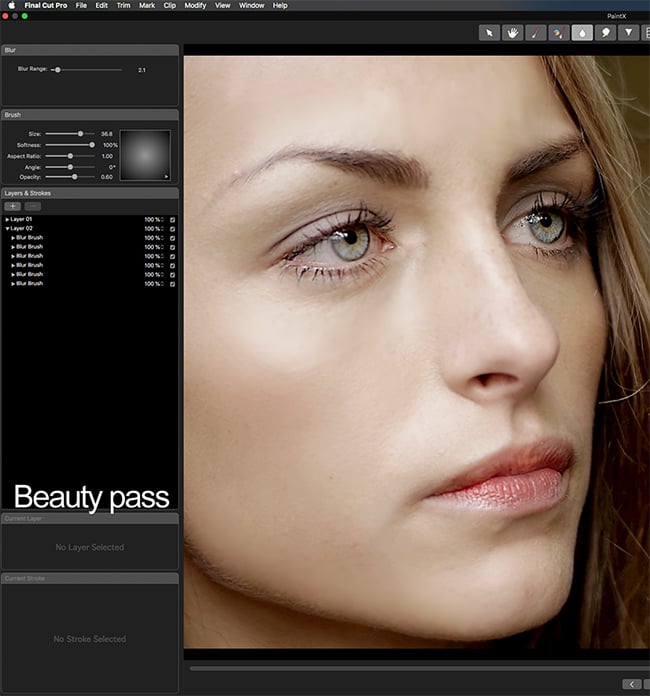 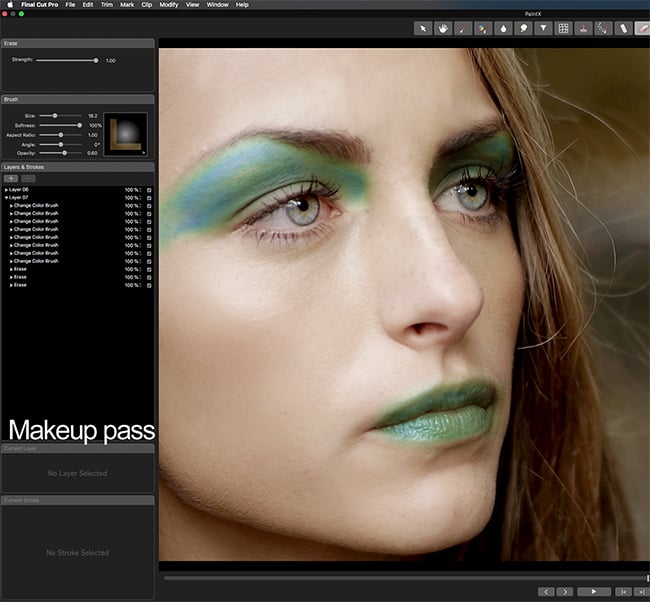 CoreMelt has just launched PaintX in time for IBC, so developer and founder Roger Bolton wanted to let me know that readers can get a 30% discount until the 23rd Sept. Simply use the coupon code: REDSKPNT. Normal RRP for PaintX is $99.