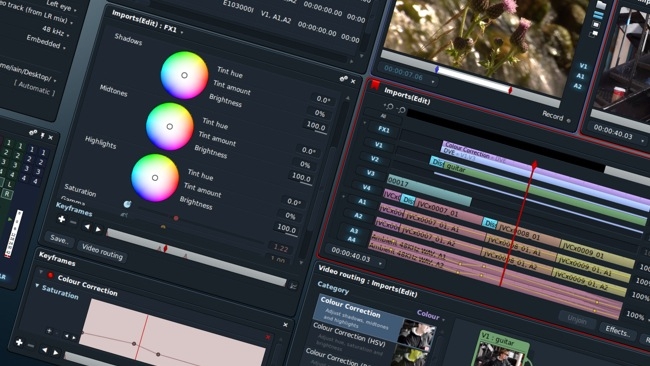 The Lightworks team has just released some news about all three versions of Lighworks, including a suggestion that Lightworks for OS X will enter Alpha testing shortly after NAB

The development work on the next version of Lightworks 11.1 is going very well and with nearly four thousand users registered and testing the latest Beta versions we have been making excellent progress. Such an enormous amount of feedback - and the time it takes to respond to it - means that we are slightly behind with making the 11.1 Windows version available for release but it is nearly complete. We are aiming to have the release version ready for 30th April 2013

While we finialise this next version of Lightworks we are releasing an updated installer (no code changes) for 11.0.3 which will help overcome some of the problems users have been experiencing. The changes to the installer can be seen below:

We have had a very successful Linux Alpha program and although we will narrowly miss the targeted release date at the end of Q1 we will we be making the Linux Public Beta, which includes a much improved licensing scheme, available on 30th April 2013. We have been listening to users and the current licensing scheme has not been up to their expectations.

We will be showing a preview only of Lightworks running on Mac at NAB 2013. This means we are nearly ready to announce the Alpha Program for Lightworks on Mac. More information will follow soon.