3 ways that stock footage can transform your productions [sponsored] 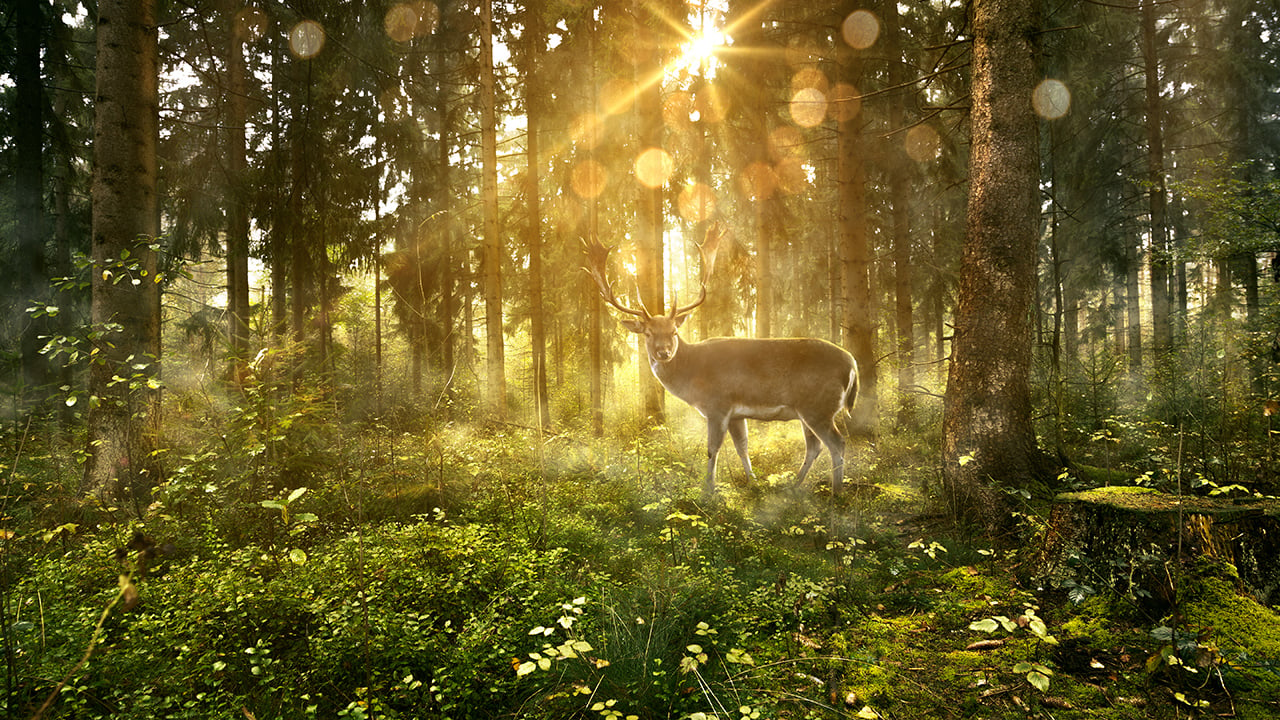 Stock footage may be the key to showing that magical moment

Stock footage can add a lot of production value to your films, especially when you take a bit of time to customise it to your particular needs.

As a cinematographer,  I’d like to shoot everything myself, but that isn’t always possible, particularly on low budgets. Here are a few examples of how stock footage could enhance your next project, using some examples I learnt first hand while helping with post production on a short-form fantasy series that I shot recently.

The most obvious use of stock footage is to illustrate scenes that are too difficult or too expensive to shoot yourself, perhaps because the location is too far away or maybe because it’s the wrong time of year.

My first task on the series as informal post production supervisor was to assess what was missing from each episode: pick-ups that needed to be shot, visual effects that needed to be executed. This can be quite a daunting time in the low budget filmmaking process, when having gone through the trial by fire that is principal photography, you realise there is still so much work to do to get to a finished movie.

One hole in our film came early in the first episode, where the script called for the title character to be seen sketching a deer. We had the wide and mid shots of her drawing, but no reverse of what she was looking at.

The Director and I looked up local forests where deer were known to live. None of them were particularly close, and we both knew that there was no guarantee of success. We could easily spend a day in a forest without catching the notoriously skittish animals on camera. Furthermore, with the many other demands of post production filling our time, we soon realised we had missed our seasonal window and the trees were losing their leaves, which would create a continuity mismatch with principal photography.

So we turned to stock footage. It didn’t take very long at all to find a suitable shot and cut it into the episode. It took a little massaging by the colourist to make it sit properly within the scene, but it was much easier than trying to film a deer ourselves would have been. We ticked off one our missing shots and were able to spend our time and energy more effectively on those pick-ups that really did need shooting - like the insert of the artist's hand sketching the deer, which we recorded in the back garden with her drawing a copy of the stock shot!

If you need footage that could be difficult or impossible to shoot yourself, stock footage can often be the answer - Adobe Stock

Any image you can imagine can be computer-generated with today’s technology, but even the biggest movies still struggle to do this convincingly sometimes. On a low budget, CGI shots can be a complete gamble, with the potential to ruin your film if they are unconvincing. Instead, it is often wise to consider layering real filmed elements, with filters and transformations as necessary, to create a visual effect. This way you get something much more organic and convincing, and it becomes a compositing job rather than a CG modelling/animation job. In my experience it’s much easier to find a skilled compositor than a modeller/animator who can deliver photo-realistic results. You can shoot the elements yourself, but more often than not you can find what you need in stock footage libraries.

One of our VFX artists used stock footage to create the show’s signature visual effect. The shot tracks up the leading character's arm to her face as the ancient spirit she’s hosting lights up her skin from within and finally manifests as a pattern of dots on her face. Our VFX artist layered stock footage of smoke, snowflakes, blowing leaves and falling dust to create the effect of energy moving beneath her skin.

Elsewhere in the series, our VFX team manipulated stock photos of landscapes to create the establishing shots of the mythical village where the film took place.

A great title sequence can do a tremendous amount to establish the setting and mood of a film or series. Stock footage can be very useful here to expand the canvas of your existing material.

When the premiere of our film was just weeks away, we still hadn’t got a satisfactory title sequence. Several versions had been attempted by different people, but none had the right tone along with the high production values we needed.

While searching for references to send to a motion graphics designer, to convey the look she wanted, we came across some stock footage of spreading ink blots. With - by now - only a day or two before the digital cinema package had to be rendered, we used After Effects to wrangle these videos, in combination with choice shots from the show itself, into an eye-catching title sequence. To avoid it looking generic, we worked in graphical elements from the film like custom fonts.

Remember, just because you are using stock footage, it doesn’t mean you can’t put your stamp on it, that you can’t customise it with filters or grading or visual effects to make it match the look of your production. That, I think, is the real power of stock footage, when it is a piece of the puzzle, helping to make the sum greater than the whole of its parts.

If you would like some ideas or need stock footage for an existing project, visit Adobe Stock to be inspired! You can also click here to learn how you can contribute videos to Adobe Stock.