How to build an effective back-up system 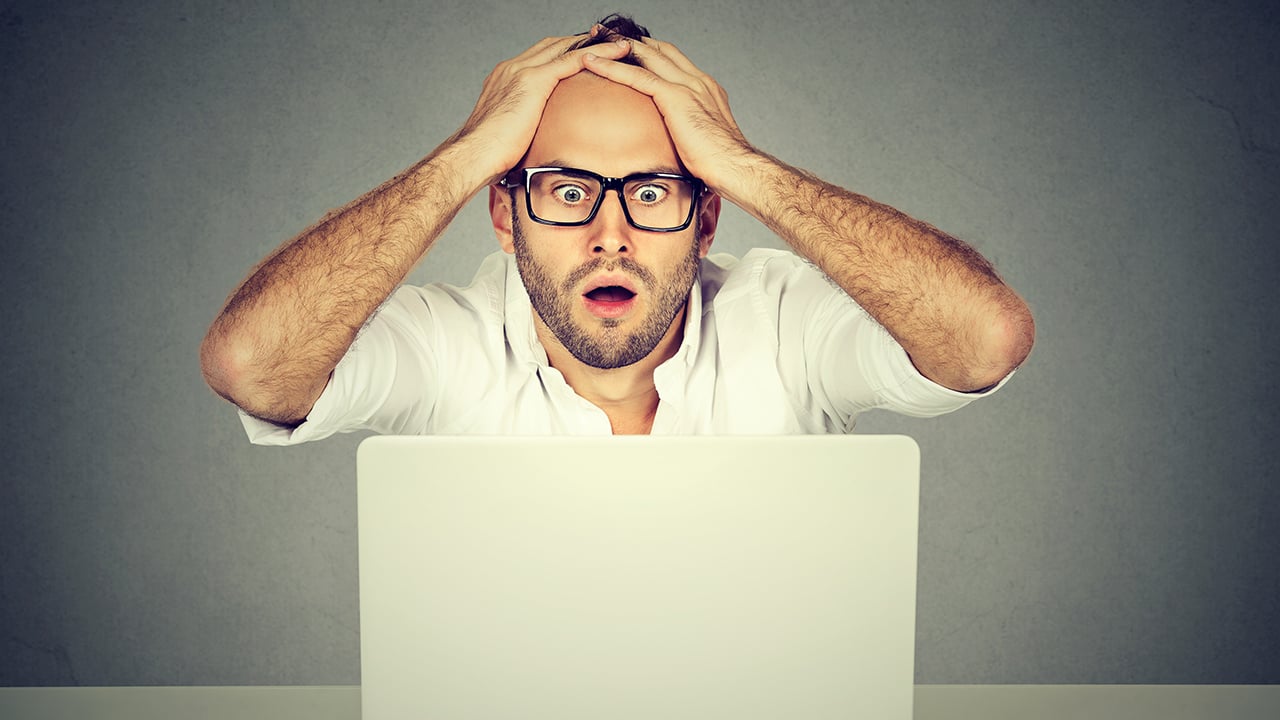 Don't be this man. Get your backup systems sorted out!

Save yourself from high blood pressure by following these handy tips on building an effective and secure backup system for your footage.

So, you’ve shot your footage and have three SD cards and two SSDs filled with clips, all ready to be copied onto the disk drive that is ready for editing. You’ve used ShotPut Pro or Hedge for Mac to offload the whole bunch into their respective folders and you’ve put the SD cards and SSDs back into their respective cases. A few days later, your movie is ready and life is good. And then, a week later, in a moment of mental derangement, you decide to delete all the copies of this particular film from all of your devices, only to discover a few days later you actually still need that footage for other projects.

Of course, your original SD cards and SSDs have been overwritten since. Bottom line: you have nothing to show for it anymore. All is lost. If only…

… you had spent more attention to safeguarding and backing up your data. Both are often the first things to suffer the consequences of a hectic time schedule with chaotic interruptions. The good news is that you can do something about it fairly easily and without having it to cost much money or extra time. You will need a couple of apps to buy – if you don’t have these already, that is.

To safeguard data in modern times, we need to be aware that it is very easy to make a mistake that can have dramatic consequences. In fact, if you don’t want to be unpleasantly surprised by some stupid flick of your finger – as I was; the intro happened to me! – you will need an offload and backup strategy.

The most important thing to remember when you set up a safeguarding process is to make it as easy and simple as possible for yourself. If you don’t, you will forget whenever stress or chaos strike.

So, what do you need? You need a copy of ShotPut Pro or Hedge for Mac. You’ll also need a copy of the free ParaShoot app and of DiskCatalogMaker (or your favourite disk catalogue app). In this article, I’ll assume that, if you have a MAM system like Pomfort’s subscription-based Silverstack, you’re already using that system for maximum data security.

On the hardware side of things, you will need two hard drives at least. I recommend having one RAID 5 drive as a backup drive. Ideally, you’ll have a third drive that you can store at a remote location. In my setup, you will use the fastest drive as the one you’ll use with Premiere Pro, Lightworks, Final Cut Pro X, Da Vinci Resolve or whatever it is you’re using. You’ll use the RAID 5 drive as an on-location backup drive from which you can instantly load the backup clips to the post production drive, and you will use the third drive to put outside of your post production environment. The third drive is meant to safeguard against fire, theft, etc.

First of all, if you’re offloading on the road, in the wild, at sea, you may not have the drives that I recommend. In those cases, you will hopefully have a laptop with you and a separate hard drive to which you can offload as a temporary solution. Consider further offloading that drive as I’ll explain below.

The workflow to offload your clips is as follows:

Every day, or once or twice a week, duplicate either drive to the drive you keep at a remote location.

The DiskCatalogMaker scan is to make sure you or your clients can be given evidence that the media was offloaded. I know from experience that I forget whether I actually offloaded media when I’m asked four or five weeks after the facts. 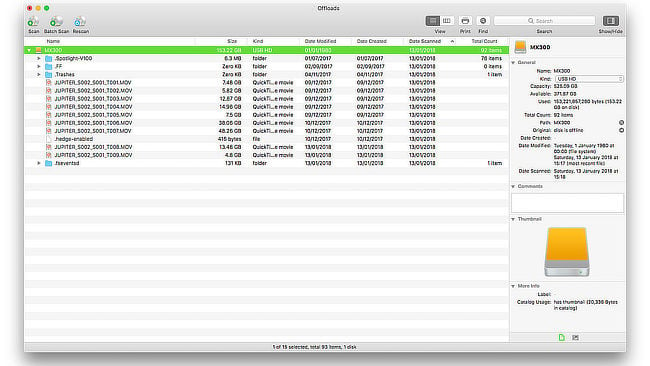 DiskCatalogMaker tells you the type of the media that has been scanned, what was on it, and when you scanned it. You can have it automatically create a poster frame for each clip

Offloading to multiple drives simultaneously ensures you have two exact copies of the footage on your media. If you want to make sure the footage you copied is readable even after extended periods of time, buy a copy of ChronoSync if you’re on the Mac and run its Validator at regular intervals to protect yourself against bit rot.

Foolcat, which the latest version of Hedge for Mac integrates with, is an app that shows total clip count, duration, drop frames, disk space and for each clip, three thumbnails with extensive metadata – a lot like ShotPut Pro does out-of-the-box. 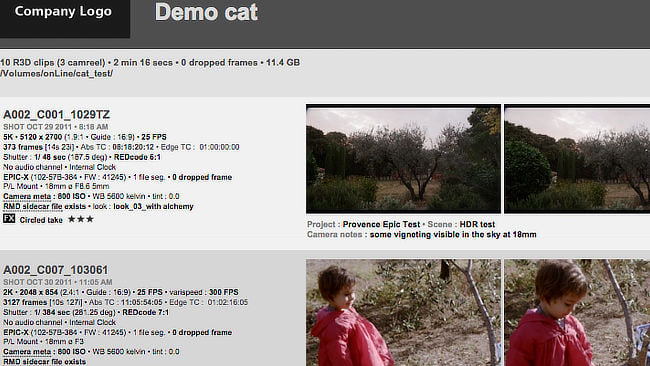 A lot like ShotPut Pro 6, foolcat generates HTML or PDF reports of your offloads and supports almost every camera, including Arri’s, RED’s and Panasonic’s.

Perhaps the most important step is the last one. If you let ParaShoot erase your media, the ones will be overwritten with zeroes and vice versa. This creates unreadable media, but it has the huge advantage that you can have ParaShoot revert this formatting in seconds. Even more important is that ParaShoot checks for file names (and file size) on the drive you designate as backup disk before it will actually erase the recording media. 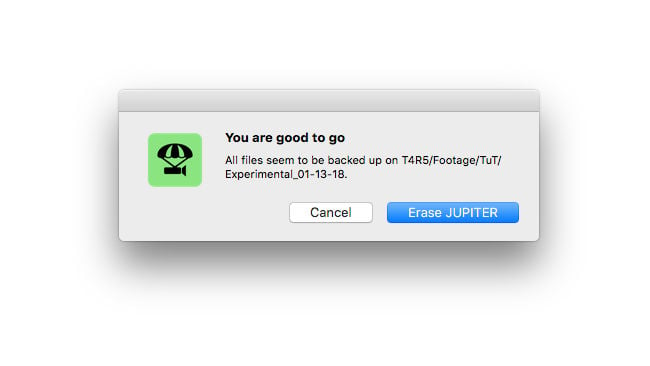 ParaShoot checks if you have backed up your footage to the backup destination you enter in its dialogue panel. Only then will it erase the media.

Combined with rotating media, you will still be able to bring back the clips as long as it’s not been formatted in the recorder or camera. In addition, because ParaShoot renders the media unreadable, you – or the cameraman – know the card or SSD has been offloaded and backed up and is meant to be overwritten.