Could you use the new Wacom Intuos Pro for video editing? 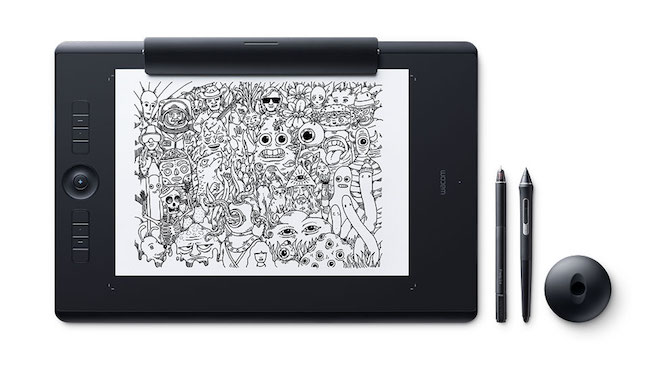 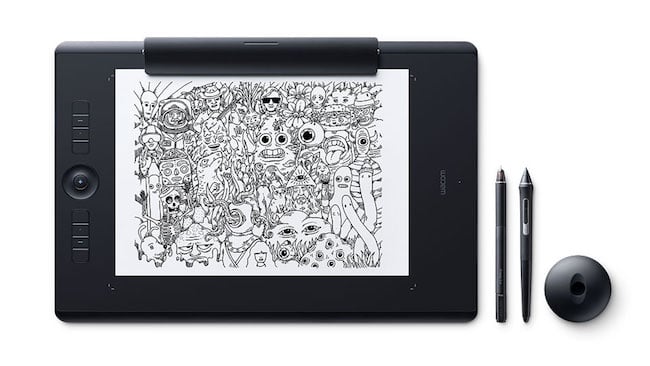 The Intous Pro: It's not just about pretty pictures...

RedShark Review: Wacom tablets have been synonymous with graphic design for decades and with its new Intuous Pro setting a whole new benchmark, can you adapt it to become a (comparatively) cheap NLE control surface?

Wacom’s new Intuos Pro graphics tablet is the thinnest since the company started selling graphics tablets. Wacom sells its professional line of tablets most often to graphics designers and photographers, but I managed to put it to good use with mocha Pro and Motion as well. The experience led me to try to use the newest Intuos Pro with Final Cut Pro X. My goal: use it as a poor man’s control surface.

Okay, so it’s not meant to be a control surface. Tangent Wave panels, for example, are better suited for the job if only because they are dedicated to it. But up to a point, you can make your Intuos Pro act like a decent dedicated surface with the benefit of wireless as it’s Bluetooth 4 compatible. The trick is to spend an hour or so creating an application-specific settings file in the Wacom tablet panel of the Mac’s System Preferences.

The $499 large version of the unbelievably thin pad which we tested has eight buttons that can be programmed and a Touch Ring that can have up to four different assignments. The Wacom Tablet panel lets you add applications to its settings list and assign a huge number of possible actions to each button and Touch Ring assignment. These include keyboard shortcuts, modifier keys, mouse clicks and a bunch of hard-wired actions, such as scrolling, zooming and application switching.

By carefully assigning these actions to the tablet’s buttons and Touch Ring, I managed to create a settings file that can insert a clip on the timeline, play it frame by frame forwards and backwards using the Touch Ring and doing all kinds of other useful stuff using Wacom’s On-Screen Controls. The latter are HUD-like floating panels that you can recall on the screen wherever you wish by assigning a tablet or pen button. You can create as many of these On-Screen Controls as you wish and even nest one into the other.

Of course, buying an Intuos Pro purely to command Final Cut Pro X around would be mildly eccentric, as the tablet is meant to do a lot more. Staying in our industry, in Motion, for example, you can manipulate 3D cameras and objects in very precise ways using the new Intuos Pro Pen 2 that has no less than 4096 pressure levels. Admittedly, the full 4096 pressure levels will only work when you’re using painting or drawing applications that support the tablet. Motion isn’t one of them, but Photoshop CC2017 is, as are many other apps that are used to create graphics for use with digital movies.

Even with the more commonly supported 2048 pressure levels, you can create much more accurate masks and tracking shapes in apps like mocha Pro, After Effects and Motion. A pen lets you draw those with a higher precision than you can with a mouse. And if there’s any form of animation you need to create, Wacom’s Intuos Pro will also offer you more tactile control than a mouse.

The Intuos Pro version I was sent lets you draw on the tablet’s surface — which now can optionally be replaced by smoother or coarser surface sheets — or on paper, which gets digitised to a PDF sketch automatically. A Wacom Intuos Pro will set you back $349 for the medium and $499 for the large size tablet. Paper sketch adds $50 to both those prices.