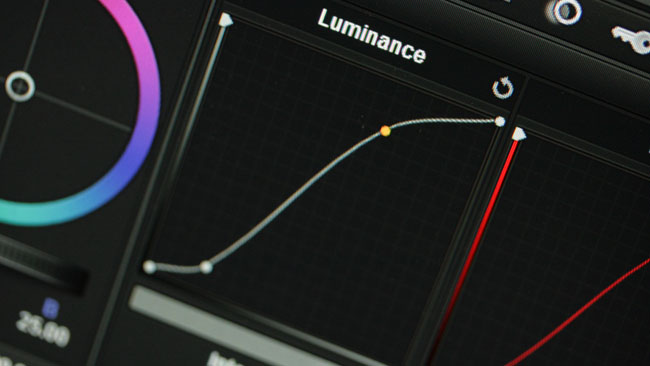 Replay. A question I am asked all the time because producers are often not quite sure, is: “How long will it take to grade this?”  Sio, here are some answers. By Warren Eagles

Obviously, every TVC, movie or music video is different, so a rough guide is the best you can offer your client without seeing the footage. These examples are based on average budget projects. Hollywood movies and big TVCs will always take longer.

Things that impact on the time quoted are conforming, unfinished VFX shots, cut not locked, the number of cuts in the show, or a director that wants to experiment! Nine out of ten times you will need to give a rough quote before seeing a rough cut. Try and view it as a great start. Remember, the fact you are being asked means somebody has taken the time to find you or recommend you.

This is a guide for grading time only. Conforming headaches can often blow your timeline way out, so I’m sticking to what I know best. If your client does not have ten days’ money for a feature or six hours for a TVC, you can always negotiate — maybe include conforming and finishing time. Always start with the optimal amount of hours to complete the project.

By the hour or by the project?

I always try and charge by the hour or the day/week. If you take on a film at a fixed rate, you need to be very careful. Lots of things out of your control can mean the time blowing out.

Conform or split a baked file?

Conforming can seriously eat into grading time. Make sure you have seen a rough cut, flagging any potential issues. Unsupported media, clip name changes, speed changes and picture resizes can be the reason behind conforming headaches.

For this reason, some people prefer the ‘Baked’ clip approach. Much easier to quote and estimate the number of hours for the grade.

Grading should ideally be no more than eight to nine hours a day. While we have all done stupidly long hours in the past, in my experience your productivity drops like a lead balloon the longer you are perched in front of a screen.

The breaks are important for a few reasons. It rests your eyes and mind. Get outside for a few minutes. Take in some daylight and fresh air. Take a toilet break even if you don’t need one. Your clients will also benefit from this. Remember: they are not used to sitting in a dark room for extended periods.

Leave yourself enough time to review and make changes. It’s no good having a fantastic looking movie for 70 minutes, then the last 20 minutes look like you ran out of time.

Don’t forget you have to export at the end. Things that can impact the time this takes include finishing in 4K or above, or in ACES and HDR. Multiple versions; they all take time and need a very organised….

HOW LONG TO GRADE?

Ten days of grading gives you time to create looks that supplement the story, as well as giving you time to fix issues, match cameras and add VFX when they arrive. Conform or render are things that need to be factored into your quote, maybe at a lesser rate. Ten days gives you enough time to explore the options and time to change things if after review you or your clients find the grade doesn’t fit.

Docos can be troublesome to grade, especially if lots of different formats are used. This can also impact on the actual grading time, as matching lots of formats can be time-consuming. Normally the grading will be more straightforward, as most docos don’t have specific looks or styles. In that case, one day might be enough.

TV drama is most impacted by the number of cuts in the show. Often the DP or director will be shooting while you are grading, so they will be unable to attend. Looks for each location will be set in an initial grading session, typically on show one of the series or the pilot. This means grading alone, then doing a producer screening when the grade is finished.

I normally try and get a balanced grade on the whole show during day one. I then review at the start of day two. Sometimes you’ll see some scenes differently, so it’s a good chance to change things. It’s then time to start adding nice touches like little windows or light glows.

Grab the producers after lunch and hopefully, the rest of the afternoon is spent adding final touches, not re-grading!

The early stages of a TVC grade are often the most important, as we search for a ‘look’ for the commercial. Colouring with a number of clients in the room often slows things down. Make sure you get a verbal lock-off on the look. The last thing you want to hear after two hours of slogging away is “I’m not sure we have the right look for this commercial”.

If I get sent a 30-second TVC via the internet, I normally charge three hours for the grade with a one hour buffer that we may or may not need.

After two hours I will upload an H.264 Work in Progress (WIP) version. Get the feedback via phone, Skype or e-mail, then use the final hour to make the changes.

Maybe send one more WIP, then finish. I always send the WIP version to myself so I can review on my laptop or iPad, the same way the client will.

You can play ‘grading Ping Pong’ all day long, pinging versions back and forth. This isn’t ideal so boundaries need to be set.

I don’t charge for the download and upload time as I am normally doing this in the background. Factor in file sizes and your internet speed, especially when you have a tight deadline.

I am getting more and more branded content films. These are primarily for the internet and trade shows. Imagine Hugh Jackman has a contract with BMW who wants a two to three-minute narrative film that shows the vehicle in a stylish way. It must have TVC-type production values without the budget. Often you will see a TV 30 seconds with additional three-minute branded content filmed.

FOUR MINUTE MUSIC VIDEO | four hours to grade…or how long is a piece of string?”

Music videos can be very difficult to quote. Strong looks, lots of cuts, and matching VFX shots are all factors in how long it will take. Music videos traditionally have a strong visual style, which makes it harder to create and in turn harder to match.

Make sure you have the audio available for your project. You won’t grade with the sound up but it is fantastic when you review. The producers will then start arguing about the sound and leave your grade alone.

These are only my opinion and should merely serve as a rough guide,