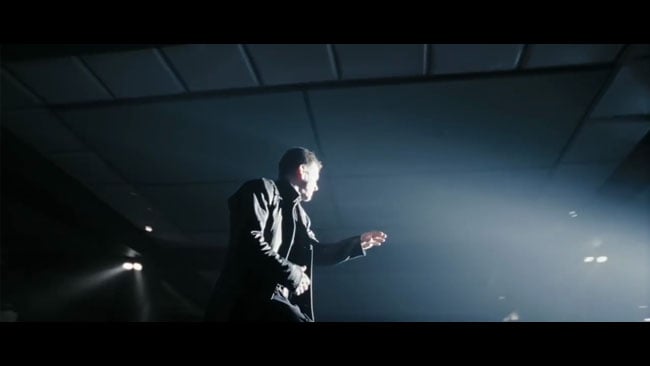 Phil Rhodes explains how to create smoke and other mist effects using real world devices in part three of his series on physical effects.

Smoke, haze and mist are ostensibly simple effects, but they do very complex things. Particles floating in the air, whether that's smoke or steam or dust, create a very large three-dimensional object made of billions of particles through which cast, objects, the camera and beams of light can move. We're used to seeing smoke (by which term we'll refer to all such things), so it seems straightforward although it really is anything but.

Most conventional cinematography involves rendering a three-dimensional scene as a flat image, a process in which smoke can be a huge help. Stereoscopic vision, the phenomenon 3D cinematography tries to engage, is only one of several cues our brains use to work out how far away things are. Smoke can engage with at least two depth cues. The first is the way in which things that are further away appear reduced in contrast and saturation, which is fairly easily understood. The second is parallax, which is strictly a reference to the fact that an object appears to be in different positions relative to the viewer when viewed from different locations.

Practically speaking, parallax in camerawork refers to the idea that things appear to slide past a moving camera at varying speeds depending on how far away they are. That works when we aim the camera through a fence at a more distant object, but it also works when we have billions of smoke particles floating in the air. The drama of light beams through smoke sweeping past the viewer is essentially a parallax effect. With a little density in the air, every light we aim at the scene creates a visible, three-dimensional object. 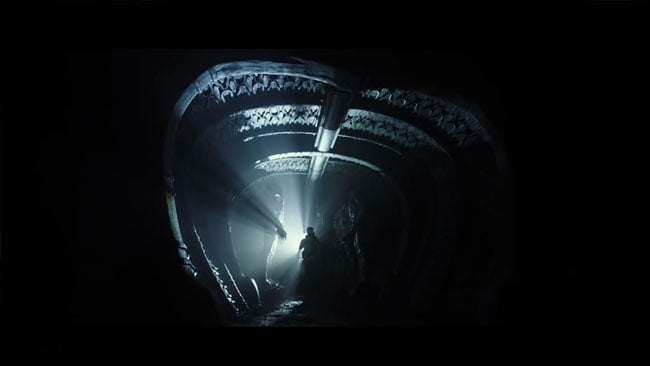 This sort of smoke — a completely even haze — is actually quite difficult to create. Even high-end productions occasionally succumb to the problem of visible smoke clouds which suggest something's on fire when we're just trying to create visible depth. Desk fans and hastily waved pieces of cardboard have been pressed into service, but it can still be a full-time job to create and maintain a consistent level of mistiness all day so that all the setups match. This is especially true given the way that longer lenses tend to make smoke look denser.

Clouds of smoke are trickier, because most of the smoke emitted by real-world fires is black, and black smoke is generally dangerous. Not to worry, though: it's amazing how few roaring fires in film and TV actually create much smoke, to the point where the heroes can engage in an extended sword fight inside a burning building without being choked or blinded. 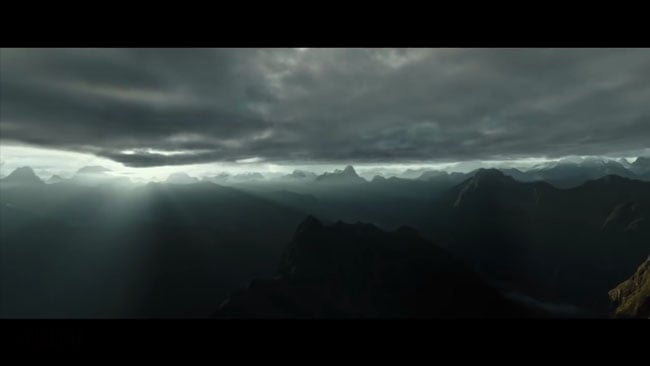 Covenant again. On this scale, most people will have to wait for the right weather, or go to CG

Techniques for creating smoke, mist and haze are widely variable. Disco foggers sold in consumer electronics stores make it very accessible, although they don't have anything like the output of the higher-end types. They work simply by pumping a fluid based on water and (variably) propylene glycol or glycerine through a heater. Variants include haze machines, which are sometimes much the same sort of device but with comparatively low volume, a comparatively long-persistence fluid, and a fan-assisted output. The location filmmaker's best friend is the Le Maitre Mini-Mist, which takes pressurised canisters of fluid and can be used without mains power for as long as the heating block remains hot enough to boil the fluid.

Other types of haze machines include crackers, which blow compressed air into a reservoir of oil or oil-like substance and motivate a cloud of tiny bubbles, which burst to create an aerosol. The effect is subtle and can be an effective way to create uniform, unobtrusive haze.They do it without heat, although they have been criticised for creating a cloud of oil that can precipitate out of the air to leave a greasy film on nearby objects. A related technology is that of the ultrasonic fogger, often encountered as a bowl of water on someone's windowsill or shopfront, which produces a cloud of white water vapour. The effect works with fog fluid as well and is driven by a submerged device that vibrates at ultrasonic frequencies. It is also a heat- and noise-free effect. 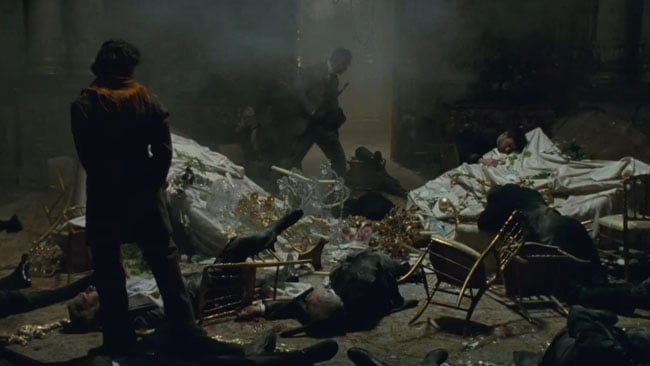 Related effects include the pressurised water vapour foggers sometimes used in theme parks, which require a (noisy, expensive, bulky) high-pressure pump. They're used mainly for their very low running costs. Finally, there's the old favourite of dry ice. It's now commonly available in certain parts of the world as a kitchen accessory. Devices to turn it into fog are readily improvised (a colander on a string, and a bucket of hot water). It produces a low-lying fog which can be simulated to some extent with heavy fog machines, although the pure whiteness of dry ice fog is difficult to match with other tricks. 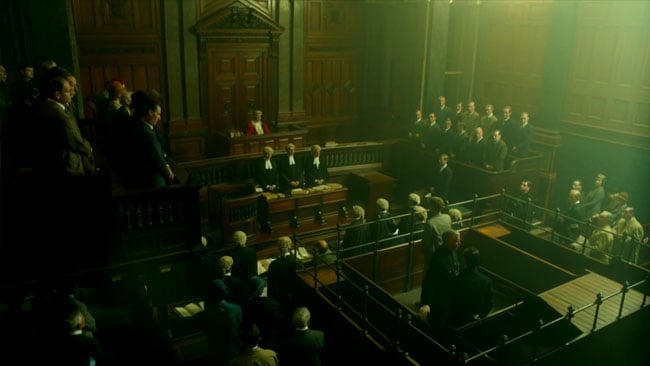 The BBC's Witness for the Prosecution, which made heavy use of haze. And green...

Many of these effects create safety concerns. Fog machines are hot and essentially blow out superheated steam, dry ice (and other carbon dioxide effects such as gas jets) release carbon dioxide which can collect and cause breathing difficulties, and even a compressed air or ultrasonic device can leave slippery residues. We haven't even considered pyrotechnic smoke devices since the safety concerns really require specialist personnel, although they can create both brightly coloured smoke and a hideous mess — often simultaneously.