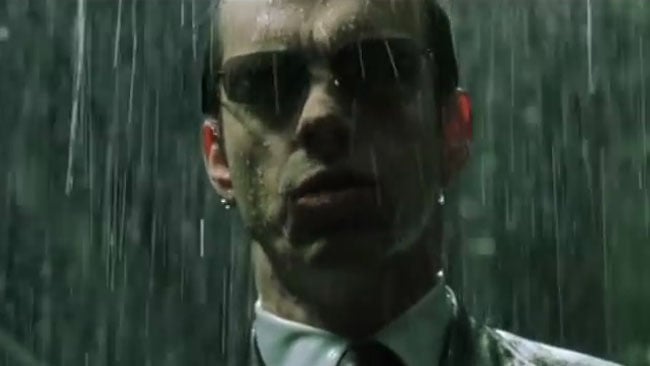 Slippery when wet. Phil Rodes explains how to create the visual illusion of rainfall and mist, not with the help of plug-ins for your NLE but with the real thing: physical special effects. Just make sure to keep your equipment dry...

It's a painful truth that movie rain has to be absolutely torrential. If not, it's invisible. Done right, there is a very literal crossover betweensmoke and mist, which is generally made out of small droplets of fluid, and rain, which is made out of larger droplets of fluid (movie smoke is generally boiled oil, as opposed to burned oil). There exists a transitional zone in real-world weather, where mist is made of big enough drops that it immediately soaks anything that's put out in it. This too can be simulated using high-pressure water jets. They're often seen in theme parks and can be improvised from a pressure washer. The difference between mist and rain is perhaps best defined as how much water ends up lying on the ground and how much evaporates before it even gets there.

Many professionally supplied rain effects approximate a very large lawn sprinkler on a tall pole (in fact, some of them are a very large lawn sprinkler on a tall pole) and can also be improvised, although the sheer amount of hoses, connectors, and other hardware required for even medium-sized setups will quickly make rental a worthwhile option. Perhaps the biggest problem is the sheer misery: the cast will quickly be drenched, perhaps demanding multiple costume sets, and even the crew, who will generally magic arm an umbrella to the dolly, are unlikely to enjoy the situation. Electrical equipment must be kept dry and there must be somewhere for the water to go. 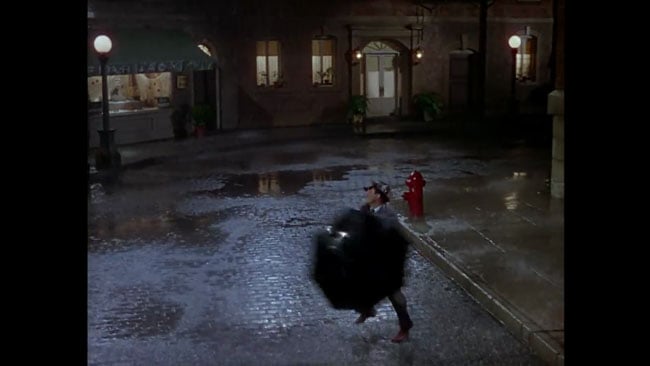 The movie that started it all - Singin' in the Rain

Most people have seen a street after rain, and while it isn't solely a technique of exteriors the greatest difficulty is often finding a way to achieve the effect over a very large area. Street-sized areas are so familiar that they're easy to underestimate and if there's a trick to be had, it's to at least ask the local water authorities. In some parts of the world, you can rent standpipes to tap into firefighting water services at an affordable price. Often the standpipe will include a meter and sometimes — unless a production uses really huge amounts — it's often seen as not worth charging for. Surprisingly large amounts of water can be required, especially if you're in a place where it evaporates quickly.

Water on a street does several things: it highlights texture, creates reflections and in a practical sense often increases contrast. The latter is really a characteristic of the first, inasmuch as a wet-down is most typically used at night. At that time, things can be set up so the water reflects either a black night sky or produces specular reflections of lighting, which tends to create contrast. It can be necessary to set up lighting specifically to be reflected. If reflected objects are in focus, that lighting may be seen in some detail. Now we've described one of those '80s movies shot on Panavision C and E-series lenses with the horizontal blue flares and the neon signs reflected in the puddles, blurring the boundaries between production design and cinematography.

It looks great, but try not to slip over, and don't spray water on the public motorway. 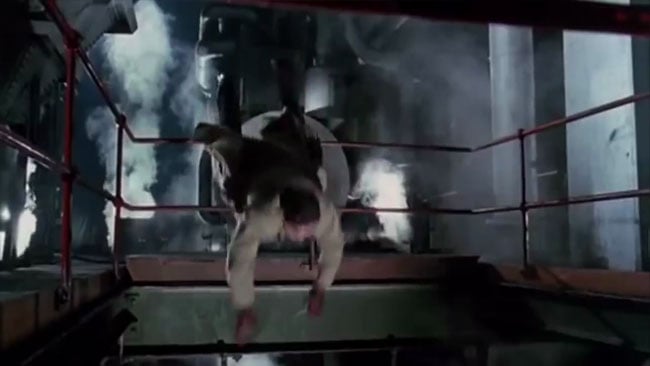 This frame from the 1989 Batman was shot in the same disused power station that Cameron used in Aliens. Steam features behind this railing kill.

There's some crossover between water effects and smoke, but we'll put steam here because it is a water effect. Many of the effects are smoke-like, although of course, steam moves.

The density and persistence of steam varies wildly with ambient temperature and humidity. On a chilly London evening, with the mercury hovering around freezing, a single quite modest wallpaper stripper can create a column of dense white vapour twenty feet high. An equivalent device deployed in the steamy heat of a Los Angeles summer evening will barely register. As with any vapour or particulate, its visibility can be enhanced with backlighting, and a backlight can also create aerial effects within the cloud itself. 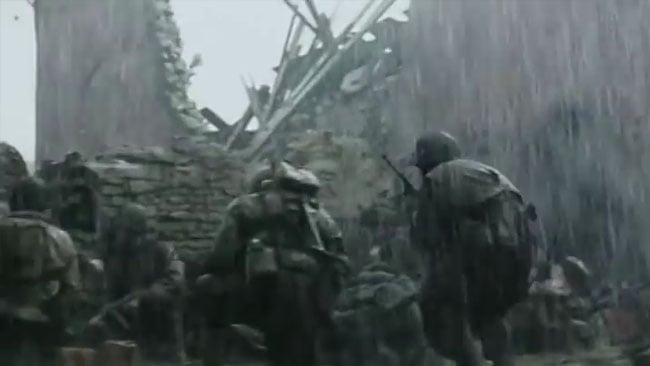 Even full-time visual effects people tend to use wallpaper strippers to create steam. They're very cheap and very available, and they can remove skin like a peeled-off strip of not-very-sticky tape, so there's plenty of reason to be cautious. Filling them up with already hot water reduces the time taken after a refill before they start producing steam again. This does imply more power consumption and big electric heaters full of boiling water to be carried around the location, creating yet more safety issues to assess and control. 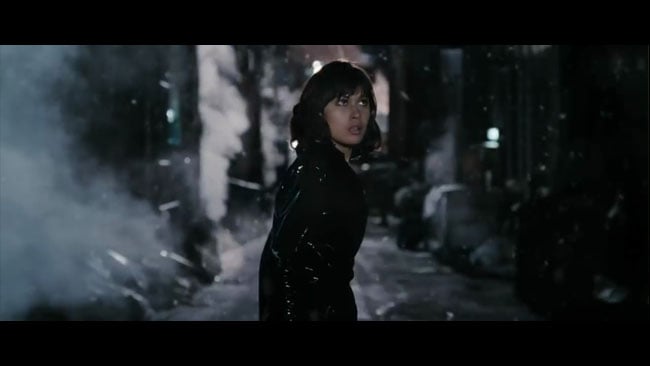 Presumably, the snow in this scene from Max Payne is fake, but the steam billows suggest it was cold anyway. Shot in Toronto

Having done that, it's an effective trick and with the big, flat wallpaper-removing plate removed, the steam issues from a convenient hose. They're quite power-hungry, usually 3kW in places with mains at or over 220V, so it isn't a cheap effect unless we have access to wall socket power. Don't plug more than one into a single circuit unless you're very sure what you're doing. More directional, high-pressure jets of steam can be created with smoke machines, which will generally tolerate being loaded with deionised water. It's usually OK to dilute smoke fluid with deionised water, so a hybrid smoke-steam effect with some degree of persistence can be created.

Even if we're not pretending to be in New York, the dramatic application of smoke and steam effects is familiar almost to the point of cliché. Bad guys looming through the mist, driving through steam clouds to enhance a feeling of speed, or the imminent failure of the faster-than-light drive are... well, they're tropes for a reason. Beyond that, steam can do many of the same tricks with parallax and dimensionality as smoke. Speaking of which, smoke comes next.