What do we actually mean by High Dynamic Range (HDR) and Wide Colour Gamut? 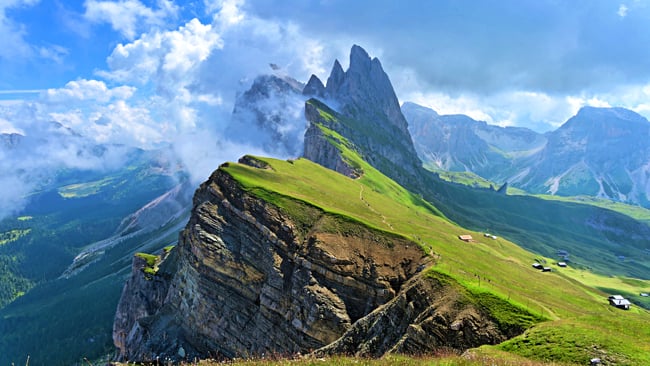 During our live broadcast on the subject of HDR earlier this year, a viewer asked a question about the difference between and the exact meaning of two terms which are commonly used side-by-side but don't technically have much to do with one another. Here's the explanation.

Wide colour gamut and high dynamic range are terms which are at the core of the current interest in *better *pixels, as opposed to *more* pixels. This whole concept stems from concern over the usefulness of increasing resolution beyond 4K, or even as far as 4K. Acquiring more data – more image quality – than we plan to distribute is a good idea since as we once discussed before, oversampling makes everything look wonderful.

A good example of the better-pixels approach is Sony's A7 series of DSLRs. While retaining 4K resolution, these actually have a 12-megapixel sensor, which isn't much in current terms. Given the combination of that relatively modest resolution and a full-frame 35mm stills-sized sensor, it has big pixels which are more sensitive, less noisy and have higher dynamic range than smaller ones. Making a picture sharper by increasing the pixel count doesn't necessarily make it look subjectively nicer. Decreasing noise and improving highlight handling generally do.

Within that drive for better pixels, we find essentially two ways to improve things.

High dynamic range refers to increasing the brightness range of the pixel, bearing in mind that's distinct from just making it brighter. Making it brighter might increase the minimum black level at the same time it increases the maximum white level. This would have the same effect as turning up the brightness on a conventional TV. High dynamic range talks about retaining deep, dark blacks while simultaneously making whites brighter, and manufacturers of both domestic TVs and professional monitors are currently working hard to find ways to do this.

The standards which control high dynamic range are somewhat in flux and there's a wide variety of displays with varying capabilities. Standards that influence the way digital signal levels relate to display brightness include perceptual quantization (PQ), hybrid log-gamma (HLG), HDR10 and Dolby Vision. The latter two are based on PQ. They are all systems designed for sending HDR pictures out to viewers. PQ is standardised as SMPTE ST-2084.

Wide colour gamut refers to attempts to improve the quality of pixels by increasing the variety of colours they can display. This can be counter-intuitive, as many long-established systems can produce very fine graduations of colour that most people can't tell apart. What's missing are extremes of colour. Most people understand that colour pictures are made up of red, green and blue elements. A colour gamut is defined by the depth and saturation of those colours. Weak or desaturated primary colours mean that only weak or desaturated colours can be displayed in the video image, and the colours we've been using to date were chosen to match legacy displays which were designed with much more limited technology in mind.

Improving the dyes used in manufacturing camera sensors and display panels is easy to think of, and hard to make work properly. Most cameras and monitors include lots of clever colour processing as a basic part of how they work. Tweaking things for subjectively pretty results is a tough job at the best of times. Some modern gamut definitions, such as the one behind the ACES post production standard, even use virtual primary colour definitions which can't ever be displayed as real colours, relying on mathematics to extract viewable image data but theoretically capable of displaying all colours in the human visual range. Conversely, standards such as the gamut given in ITU-R Recommendation BT.2020 use real world colours, albeit 100 percent saturated ones for very broad colour capability. This makes it at least theoretically possible to build displays using these colours, though no display yet exists which can achieve full Rec. 2020 capability.

That, then, is what we mean by high dynamic range and wide colour gamut, and yes, they are fundamentally different concepts. The original question asked was whether they can be freely intermingled. The answer is a resounding yes. Originally, high dynamic range was intended to be associated with 4K — or to be more precise UHD — pictures, but standard ITU-R Recommendation BT.2100 of July 2016 also describes the application of Rec. 2020 colorimetry and both PQ and HLG high dynamic range features to 1080p pictures. It doesn't define oddball situations such as combining Rec. 709 dynamic range with Rec. 2020 colour, although at least some equipment would probably make that possible if anyone had a particularly convincing reason to do it.