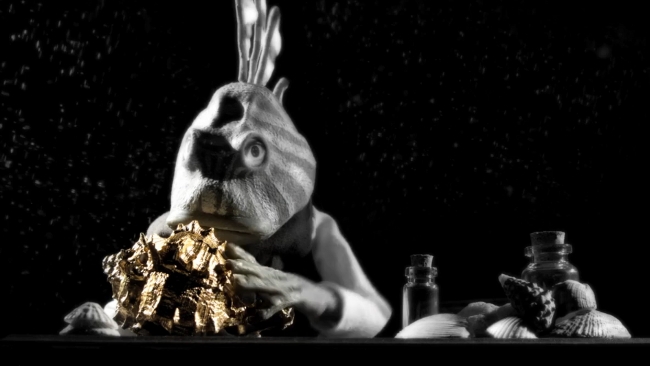 I confess; I had to google ‘lionfish plague’ to gain the necessary background to write this article. As someone who has never been to the Bahamas, I found myself ignorant of the terrible damage caused by this non-native species on the local ecosystem. The predatory fish feeds on smaller breeds of herbivorous fish, which has led to an overgrowth of seaweed, thereby threatening the area’s picturesque coral reefs. Worst of all, the lionfish has no natural enemies in the Caribbean.  Much like the jellyfish, the lionfish is poisonous, and all efforts to tempt bigger predators, like sharks, to add the lionfish to the menu have proven unsuccessful.

Quique Rivera Rivera’s short, El delirio del prez león, plays like a dark, underwater dream, the kind you get when you eat lionfish before bed (I’m just kidding; you really don’t want to eat a lionfish, regardless of the hour). It’s not a nightmare, yet you can’t escape the feeling that something isn’t quite right. It’s this uneasy feeling that makes Rivera’s animated short so seductive and watchable. El delirio del prez león is a simple, straight-forward tale of greed and comeuppance, sporting a curious cast of characters, an evocative setting, and plenty of style. Although you feel you’re being led by the nose through the mesmerizing narrative, you’re never led astray.

I’ve been taken to task for making grandiose statements in the past, but rest assured, this is the best short about lionfish you’ll watch all day.