The UFO in this video is fake. And so is everything else! 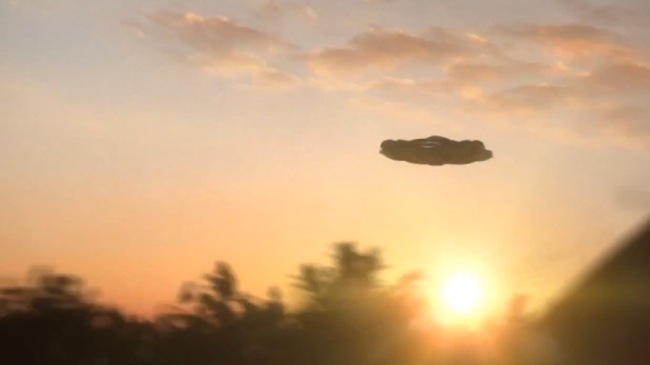 It's not just the UFO that's fake in this video - it's the car and the sky and the camera shake. In other words, the whole video is CGI. Even the pinging of the "Driver's Door Open" warning

Thanks to Wired for finding this. According to the site:

In reality, “UFO Over Santa Clarita” was a painstakingly crafted joke played by Aristomenis “Meni” Tsirbas, the director of the 2007 computer-animated film Battle for Terra who has also contributed visual effects and animation work to movies like Titanic and Hellboy and several Star Trek television series. A long-time champion of “photorealistic” CGI, Tsirbas and his team spent about four months mimicking the look of an accidental extraterrestrial encounter captured on a smartphone.

Wired says that until now, the creator of the video, Aristomenis Tsirbas, hadn't told anyone it was a complete fake.

It's a perfect demonstration of what everyone's been predicting for a long time: that you can't trust what you see, and that CGI, done right, is invisible.

The end of UFO hoaxes?

Ironically, this could mark the end of UFO hoaxes, because as the technology to fake UFO sightings gets better, our "woo" filters will get better as well. In other words, our default assumption will be that it's just CGI, not that we've been visited from another planet by aliens who have somehow managed to pilot a 1950s Ford hub cap across the vast vacuum of space.