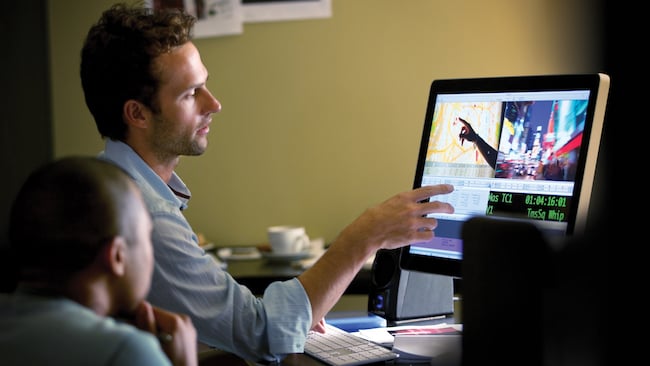 In our last two articles (here and here) we’ve shown you how shared storage is the way to go. This time, we’re going to look at how setting up shared storage can be troublesome - but it doesn’t have to be with today’s smart shared storage products.

Like it or not, content creation - that includes editing and all of post production - is now part of the IT universe. It's been like that ever since we stopped editing with Steenbecks an edit controllers. The moment files became our creative currency, we joined the IT industry.

It's been a massively positive move. There's so much more that we can do now; that almost goes without saying. Downsides? We're now subject to the laws and behaviors of computers. We've had to learn how to do things differently. We have to go where the computer industry goes.

Mostly, it's been good. The well established trend that computers get faster and cheaper can only have worked in our favour. But all the time, we've been wary. There's always been a sense that we're doing something with computers that they were never specifically designed for, and that we're therefore somehow in hostile territory. Some people love computers and the complexity that comes with them. Other simply wish computers would "Just Work”.

It’s easy to understand these fears. With film and analogue audio, if there’s a problem, you can still “see” the image by shining a light through the medium, or dragging it past a tape head. With digital media, your content can disappear. When it goes wrong it’s like finding your way around Chicago when you only have a map of Boston. Especially with networks, it’s all too easy for it not to work at all, with no tangible clues as to why. With film, you know it’s there, on the shelf, in the can. But a hard drive can simply go wrong, with no warning.

Today, we're in the middle of a technological revolution that doesn't shout about itself. It's happening because computers and the technology that surrounds them is maturing at the same time as continuing to improve rapidly. The revolution is that technology is enabling itself to become simpler for users. Software developers and product designers have ever more powerful tools not just to get things done quickly but to make it easier for them to get done. This is perhaps the biggest breakthrough of all: technology that's reliable and easy to use.

It's happened because software and hardware providers have learned how to make the difficult things disappear. The hard stuff still goes on, but the complexity is hidden to users - and, very largely, to managers and administrators. This is more important than ever in modern post production workflows where we have to cope with multiple formats, versions, resolutions and an ever increasing number of variables that all have to be dealt with just right.

We've already seen how smart, shared collaborative storage can transform a workspace. It's the only way to run an efficient post facility. With today's easier to use technology, there's no need for an in-house IT department to set it up and keep it running. Software and hardware providers like Avid do the hard stuff so that you don't have to. The result is a product that you can buy and - with minimal set-up - turn on and use from day one.

As a user, you're abstracted from the complexity. You don't have to worry about formats, transcoding, resolution or bit-depth. And most importantly, you don't have to know anything about networks, because these have been tamed too. The technology has arrived at where it always needed to be: it's transparent to the creative process. There's no difficult, manual overhead for editors, interns, audio pros or colourists.

What's more you're provided with tools to make sure you're getting the best from your tech investment. Tools to help you optimise bandwidth and storage. At long last, technology is working with you and not against you.

At long last, the complexity gets out of the way while you get on with what you're best at.