Resolve updates to include the Macbook Pro Touch Bar 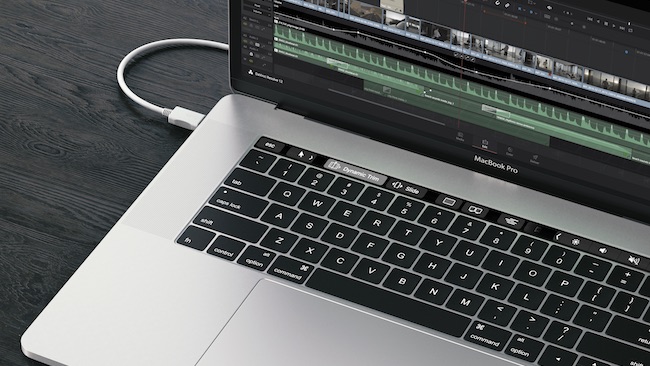 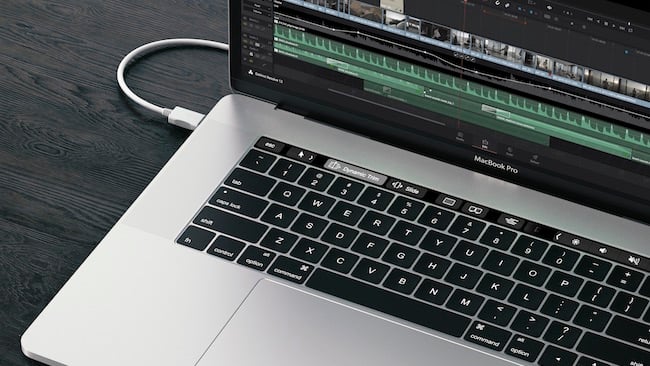 The most recent update to Blackmagic's popular colour grading and editing software, Davinci Resolve, leverages the Touch Bar on the new Macbook Pro and brings other new features.

The latest iteration of the Macbook Pro has proven somewhat controversial. Some proponents have lauded the new Touch Bar, a touch-sensitive Retina screen in the shape of a strip above the keyboard that takes the place of the Esc and other function keys; others have derided itas a gimmick and the new Macbook Pros, in general, as a bit underpowered for professional use.

However, if you're a Davinci Resolve user who has taken the plunge and purchased a Macbook Pro with Touch Bar, the latest update for the software, 12.5.4, should keep you busy with its bundle of goodies. Immediately available for both free and paid (Studio) versions of Resolve, Touch Bar-support takes the form of context-specific tools that pop up when appropriate. Examples include the ability to toggle trim modes and perform editing and color grading tasks without using a mouse.

In addition, the 12.5.4 update for Resolve adds the following functionality:

Wherever you stand in the current Macbook Pro debate, it's encouraging to see Blackmagic respond so quickly to take advantage of the Touch Bar. We'll respond as well with our opinions on how well Resolve and the Touch Bar integrate, so check back with us!

For more information on the 12.5.4 update for Blackmagic Davinci Resolve, visit the full press release on Page Two!

DaVinci Resolve 12.5.4 update adds compatibility with the new MacBook Pro Touch Bar from Apple. The Touch Bar is a multi touch retina display strip at the top of the new MacBook Pro keyboard that provides instant access to the most common tools the moment they are needed. While using DaVinci Resolve 12.5.4, the Touch Bar automatically changes to show context sensitive tools based on the task customers are performing. For example, on the Media page customers can instantly add the current clip to a bin, switch between icon and list view, display clip attributes, search media and show metadata simply by tapping on the Touch Bar.

When editing video, the Touch Bar is context sensitive and displays commands based on whether the media pool, source viewer or timeline are selected. Customers can quickly switch between trim modes, navigate the timeline and perform different types of edits without ever having to use the mouse or pull down menus. Colorists can use the Touch Bar to do everything from adjusting primary sliders and color wheels, to changing mid tone detail, saturation, tint and more. The Touch Bar can be used to save or wipe gallery stills, toggle viewer modes, work with split screen mode to compare shots and even use multi touch gestures to adjust multiple color parameters, such as printer lights, at the same time.

“DaVinci Resolve’s incredible image processing makes it the world’s best editing and color correction solution for next generation wide color gamut and high dynamic range workflows,” said Grant Petty, CEO, Blackmagic Design. “This new DaVinci Resolve 12.5.4 update is so exciting because it gives customers more control and creative options for HDR than ever before. Plus, support for Apple’s latest MacBook Pro Touch Bar gives customers instant access to the tools they need so they can work even faster!”