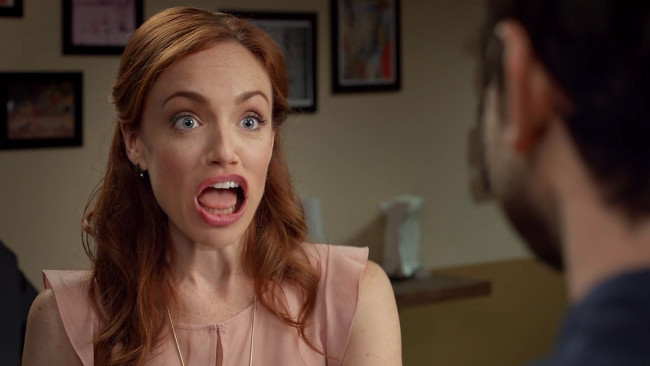 Still from 'Bad Mouth' for Listerine

In this 'Project Story', we meet the folks at Nice Shoes Creative Studio and discover how mocha Pro has become an important tool in their workflow. [sponsored]

"The basis of any job is a strong concept and narrative," says Adrian Winter, VFX Supervisor. "We always try to start there and look at how any animation or effect supports the main concept." Preparation is paramount, whether the team is working on a design project, which involves creating mood board and style frames to flesh out ideas, or on a VFX heavy project with motion tests or pre-vis to help with blocking and timing action. "This allows us to explore and plan different approaches in advance of the shoot, minimizing the need for experimentation on set," continues Winter, who determines best workflows, supervises shots, and structures the pipeline. "I generally try to make life easier for everyone around me."

To help create the most efficient workflow, Winter and his team turn to mocha Pro to save time on roto shapes, tracking, sign and screen replacement, beauty work and clean-ups. "It is not uncommon for shots to be passed back and forth between Flame, NUKE and After Effects," notes Winter. "The fact that the data generated by mocha can be sent to all three of these platforms makes it an obvious nexus point for tracking and roto."

A perfect example of Nice Shoes' creativity paired with its focus on prep and use of mocha is the Listerine spot Bad Mouth.

"The goal was to achieve the effect without the use of CG," states Winter. "So, we shot the subject twice, once with the talent delivering her lines normally and a second time, during which she was blasted in the face with a leaf blower to achieve the 'bad mouth' effect." To ensure the effect didn't look superimposed, Nice Shoes shot the plates one after the other in identical lighting and paid extra attention to the alignment of the plates. They also placed dots across the talent's face to help map and align her face in post.

Once the complicated production process was complete, the team turned to mocha. "Although there was much care taken to shoot the plates in alignment, there was a significant amount of roto required to smooth out areas where cheeks and jaws and chins didn't line up perfectly," comments Winter. "mocha can really save a lot of time with roto. I don't try to roto anything manually anymore. I'll kick a shot to mocha to handle it. mocha's planar tracker is better than anything else out there."

Next, mocha was used to track open-ended splines along the plates to use with NUKE's SplineWarp tool, in order to limit and control the falloff of the distortion. Additionally, during the cleanup process, they realized they needed to track a clean plate of the talent's neck and throat during the effect to compensate for when lines were out of sync and cover up the seams where the two plates were stitched. "mocha's planar tracker did the trick," remarks Winter. "Even helping to mimic the muscle tension in her neck as she spoke."

"All in all, it was a lot of fun to work on the project," ends Winter. "And the client was very enthused with the result. Nice Shoes Creative Studio was created to be a flexible team that can be a partner on any type of project. Having a versatile tool like mocha has been a great aid to our success so far. It is deceptively easy to learn. I know learning new features can be intimidating, but with mocha, I've found learning and applying the features to be extremely intuitive."