The Foundry upgrades MODO to 10.2 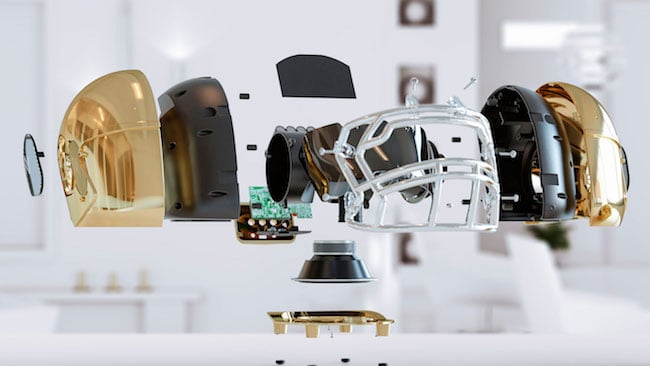 The Foundry says that 10.2 is going to be the final instalment of the MODO 10 Series but sweetens the expected pill with a raft of new features. By RedShark Staff Writer Keenan Gorrie

MODO 10.2 was always part of the planned upgrade path when the initial MODO software was first announced back in March, and has arrived on schedule.

Headline features is that MeshFusion has been completely revamped in, making it easier for artists to cut, combine and intersect geometry. Guided by a new schematic-free workflow, MODO’s Boolean toolset will now automatically launch and reorder a model’s underlying tree structure whenever an edit is made. Along with cleaner outputs and enhanced viewport visibility, this means that MeshFusion is more user friendly than ever before.

Also updated is automatic retopology. Creating quad meshes at any density is now automatic, removing the need for manual cleaning. The meshes will not only follow the curvature of an input surface, but can be controlled by weight maps and sketched guide curves, increasing artistic input whenever they want to creatively refine assets.

Procedural modelling enhancements see users granted the ability to package, share and reuse assembly aliases, turning what can often be a complex set of mesh operations into a single item that users can share as presets. Slicing, drilling, cloning and duplicating tools have also been added/updated, bringing more production standards into the procedural modeling workflow.

Deformations and mesh operations can now be cached and held in memory, so artists working on complex animations can scrub the timeline significantly faster. And the Preview Renderer and Advanced Viewport have received significant performance improvements; while the new ability to use arbitrary meshes as light sources offers an interesting new lighting workflow that can easily represent difficult shapes such as filament bulbs.

The MODO 10 Series has been interesting to watch develop: a multi-part offering that is designed to accelerate the speed at which users receive major updates, effectively by not offering all the features at once and giving the developers room to breath and flesh out their roadmaps. The Foundry refers to it as the first one of these offerings too, so presumably it has been successful enough that the model will be replicated again in the future.

MODO 10.2 is available now for Windows, Mac OS X, and in the coming weeks, Linux, and, as the whole concept of a series suggests, is a free update for MODO 10 Series customers. New users can purchase an individual license for $1,799 or upgrade from a previous edition of MODO for $499.