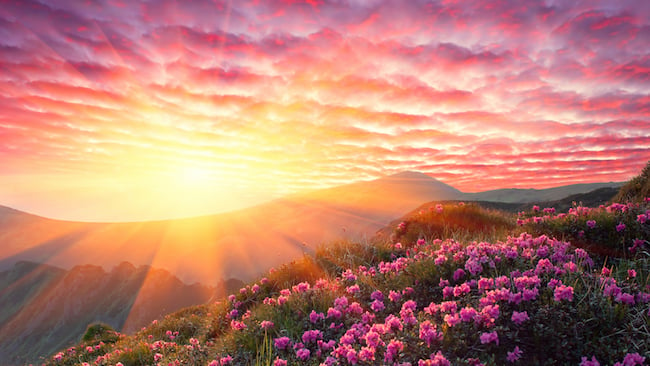 For a post production industry that suddenly has to manipulate and process images 70x what they were a scant couple of decades ago, the problems that the forthcoming massive leap in resolution about to engulf us brings are probably greater than most. Luckily, cloud technology will be there to provide the horsepower to cope.

As the French say: ‘plus ça change, plus c'est la même chose’; The more things change, the more they stay the same.

For post production, this is a perfect expression, because post production facilities always have to consider upgrading. And for them, it’s always been the same.

I’ve been talking a lot lately about 8K. Even to the extent that some readers have complained about it. I can understand that. For most people, 8K is a distant dream (or nightmare, depending on your point of view). Many freelancers and facilities are still grappling with 4K workflows. And quite possibly the majority still work in HD or 2K.

Sometimes it’s easy to forget that in the wake of all this new stuff, the majority of people don’t merely have to write about it, but who have to sell it, service it, and most of all work with it. For them, it’s not undiluted excitement. Instead it’s pure hard work, and for business owners and freelancers, it means money too, mostly flowing in the wrong direction.

A couple of weeks ago, I was in a London post facility. I’m always impressed when I go to these places. The quality of work is astonishing, as is the intensity of work that goes into getting these world-class results.

Remember that 4K is pretty commonplace in the shops now. Easily 80% of sets on sale in my local department store are 4K. The same goes (I haven’t counted but it feels like this) for video cameras. So I kind of assumed it would be the same for post production. I’m pretty familiar with post workflows, but for some reason I haven’t recently asked what resolution post houses are typically working at. The answer was: “something a bit more than 2K.”

And this is where the headlines (including some of our own!) can sometimes lead to the wrong conclusions about the current post production industry. Look at it like this.

This rapid increase in resolution is OK for cameras, fully accepting that it’s not always easy to accommodate the sheer amount of data. Increases in storage sizes and decreases in cost largely deal with that, and if they don’t now, they will, soon, in the future.

It’s different for post. Increases in resolution not only demand more storage, they call for more computing power too. To produce work in more detail, as you would if you were transitioning from 2K to 4K, you either need faster computers or more time. Often you need both.

So, while I was surprised to learn that the London post facility I was visiting only output at a little over 2K, I can certainly see why.

Post facilities always have to decide whether to spend money on upgrading to accommodate new “standards” - in which case they’ll be more expensive to use, or to stay with the current tech and charge less. I would guess that a large part of the business skill in running a successful post house is managing this balance.

It’s always been like this. Even in the days of SD, there was the transition from tape to files. There are always new techniques. 3D didn’t go well. HDR has great promise.

And 8K? Well, I strongly believe that there is a case for shooting in 8K. For post, the increased resolution helps with keying and compositing, and it’s always possible to re-frame a shot if the output resolution is less than 8K - which it most likely will be. And it’s well known that if you shoot in a higher resolution and then downsample, every lower-resolution derivative will look better as a result.

But while there’s no end in sight for the post production dilemma, the move towards cloud-based workflows can at least distribute the pain; farming it out out-of-house in a way that may prove to be far most cost-effective than previous generations of technological change.

One of the biggest issues facing post facilities is the unpredictable nature of their workload. One production might be easily accommodated with existing equipment. The next might demand significantly more computing power. But the cloud gives us the possibility of buying in computing power and storage on demand, located remotely and accessed via a fast network connection.

Need more horsepower? Simply press a button and banks of servers in some hidden, temperature controlled and possibly even underground facility on another continent can spin up and come online to help you. More capacity than you need? Simply cut them adrift. The point is that this all takes place invisibly to the end user. Apart from a bill at the end of the month, if the software is written in the right way you simply don’t need to know the details of what happens with your data in the cloud anymore than you need to know the internal architecture of the computer in front of you: you can delve into the details if you want to tweak performance to the nth degree, but for most users they can just understand that the power and capacity they need is there when they want it.

This is exactly how the likes of Netflix can pull off the stunt of rolling our its service to 130 countries worldwide with the puch of a button: it leverages the power of the cloud (in its case, mostly Amazon Web Services).

There are complexities. As Netflix said of its own 7-year migration from data centre to cloud, you can’t just forklift your old systems into the cloud and hope all your old problems go away; for true scalability and flexibility you need to be rebuilding cloud-native systems.

But the cloud is the ideal solution — perhaps the only realistic solution — for post and the higher resolution future. Not only is it expensive to buy high end servers, it’s not cheap to locate them on your premises, either. And when you do own them, they’re not exactly an appreciating asset! Being able to rent them on demand means that post facilities can commit to bigger projects and factor in the rental cost transparently and easily. It’s a much better way to run a business, and might be the first time that the “should I buy or should I rent” dilemma doesn’t arise.